Some weeks are busier than others so, after taking last Friday off, Limited Run Games returns with three separate titles.  It’s not as heavy as it looks, thanks to two of the games being on a single system only, but there are a couple of extras to buff up the numbers.  First up is Revenant Saga, available on PS4 (4,000 copies) and Vita (3,000).  It’s an old-school 16-bit style RPG from Kemco, originally starting its life on mobile before coming to consoles and PC.  Next up is a completely different take on the RPG, the music-rhythm adventure of The Metronomicon on PS4 (3,000 copies).  This version includes the DLC as well as a color manual and fold-out poster in the case, and if you want to be a completist there’s also a 4-disc soundtrack available.

The star of the the week, though, is Oddworld: Munch’s Odysee on Vita, which comes in two versions.  The standard edition clocks in at 3,000 copies, while the Collector’s Edition is 2/3 the standard’s print run at 2,000 units.  The CE is an impressive version, containing three art cards, a double-sided poster, the soundtrack cd, and a thematically-appropriate soda can, all held in place inside the box by a folded, compartmentalized cardboard divider.  Limited Run Games had been taking a bit of flak for a couple of lackluster Collector’s Editions, but between this and Windjammers with its Wham-O frisbee they’ve stepped up nicely.  There’s still a ways to go before matching Gaijinworks in the fancy-edition department, but to be fair Victor Ireland and crew have been doing this for decades. 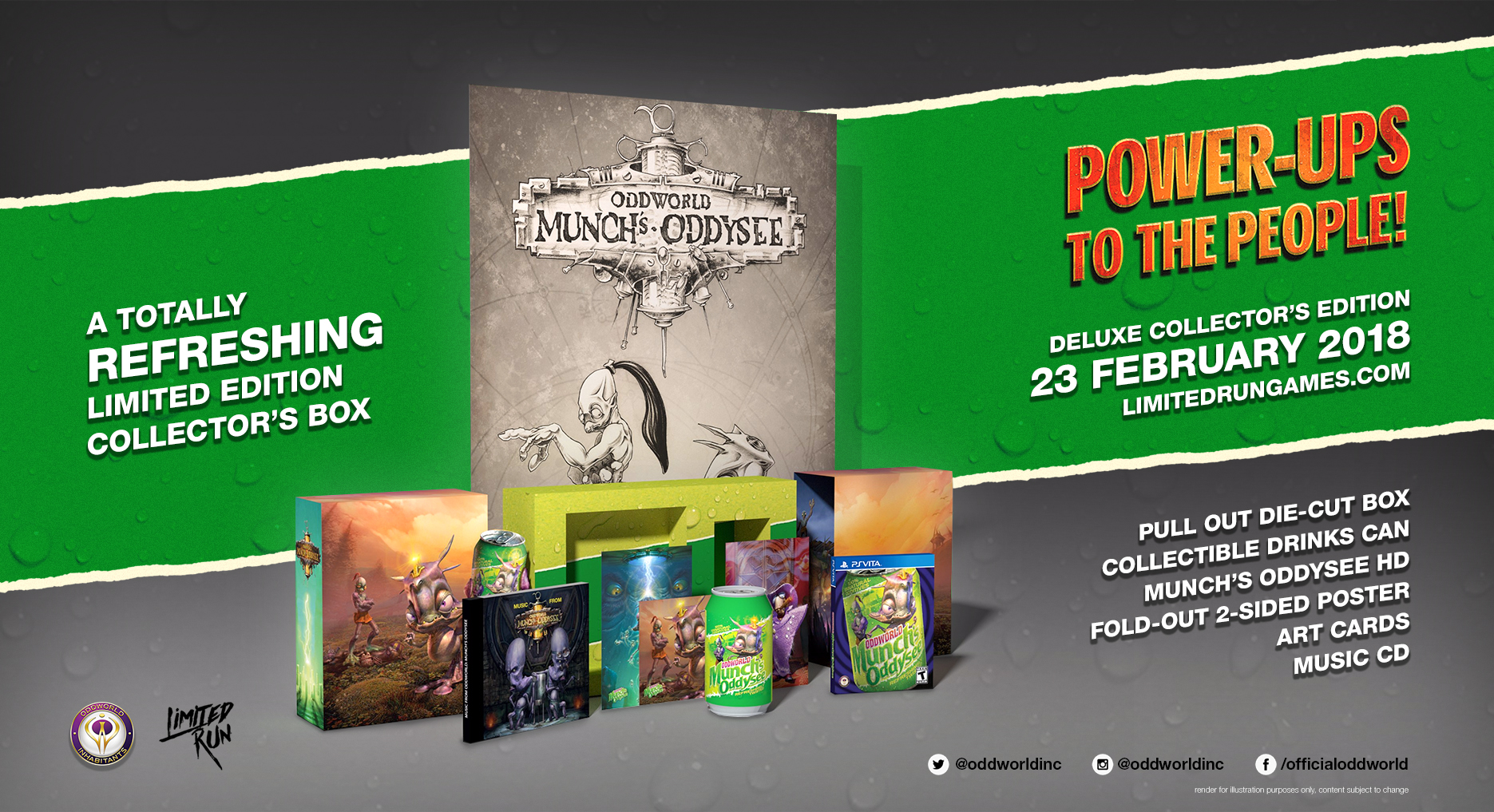