A good majority of those planning on watching E3 will likely be doing so from either the official Twitch channel or tuning in via YouTube. Those who are planning on watching through Twitch now get a little more insight into exact times they can tune in to watch their favorites, or just plan ahead to make time to view it all. Most showcases last around an hour, with some being a bit shorter such as TinyBuild at a mere 15 minutes. Of the main three console conferences Microsoft and Nintendo appear planned to run 45 minutes, while Sony plans to go at least an hour and a half during their showcases.

Take a peek at the schedule below or visit the official Twitch post about everything upcoming for the streaming site here. 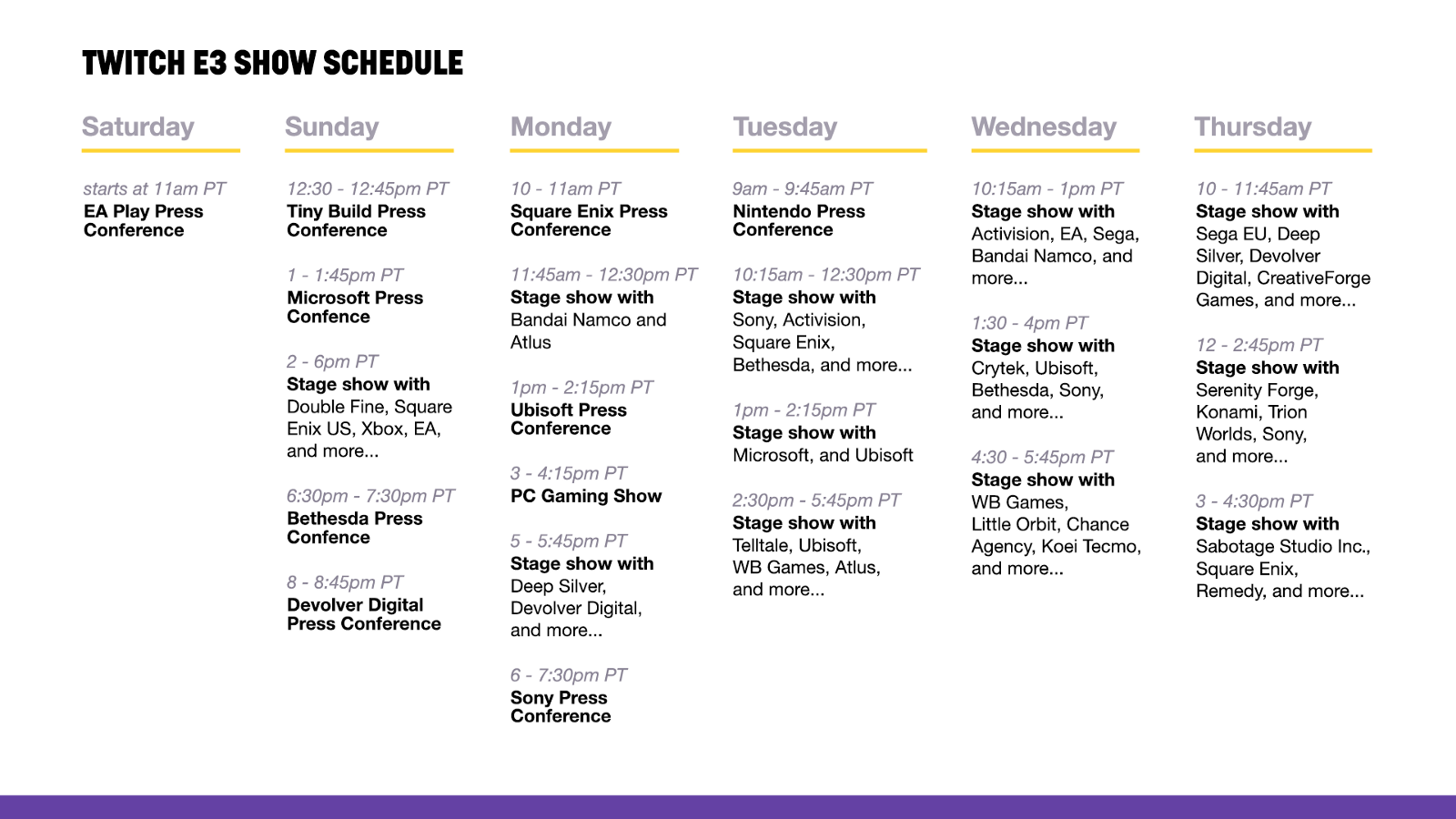