Two Point Hospital has been continuously expanding since it first launched in 2018. So far, the comedic healthcare simulator has branched out to a remote island, opened alpine outposts, encountered alien illnesses, embraced nature and has even debuted on televisions all across Two Point County. Trying to jump into a game with so many expansions can be daunting, but curious sim fans won’t need to worry about that once Two Point Hospital: Jumbo Edition launches for consoles on March 5. 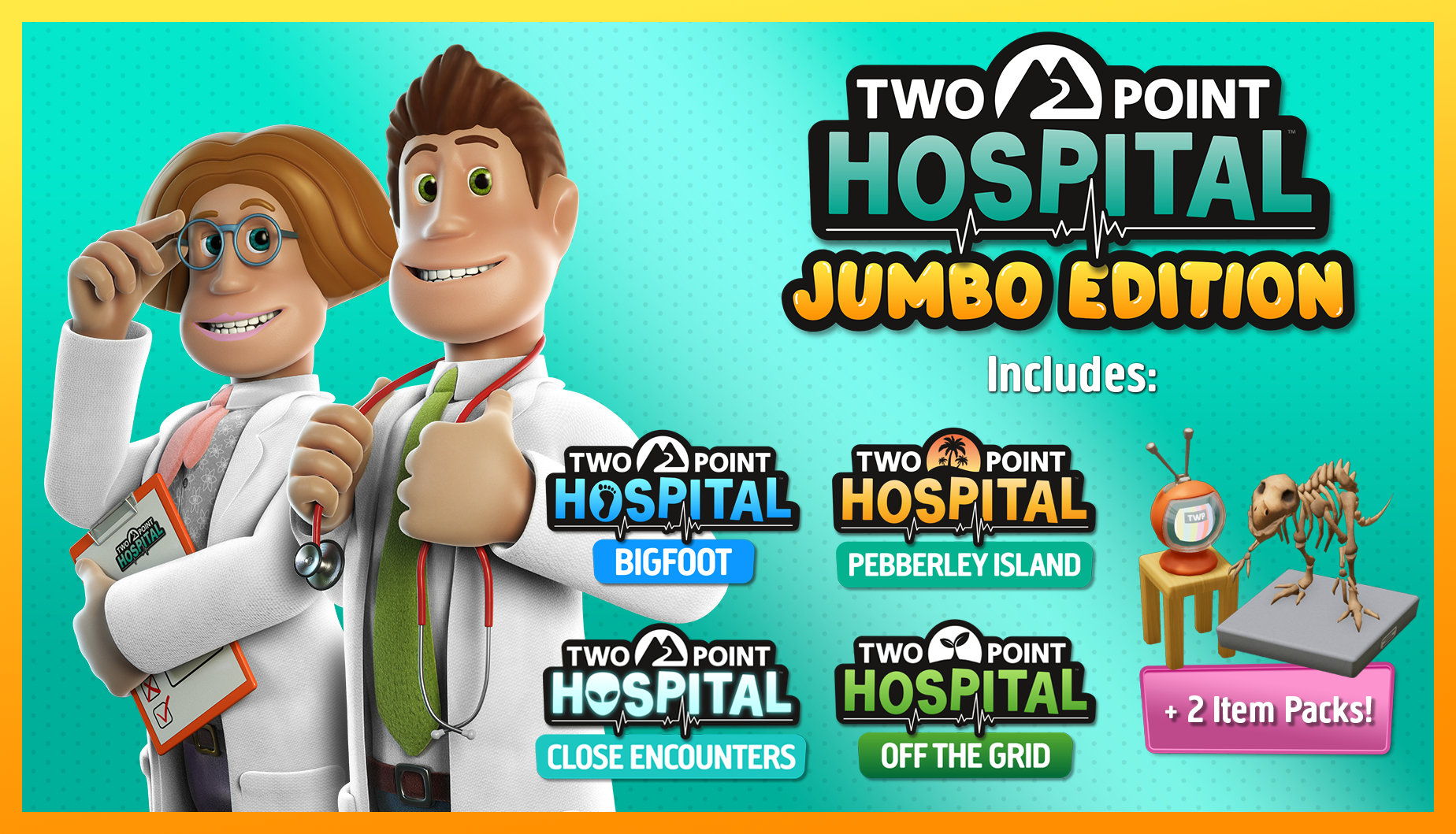 Two Point Hospital: Jumbo Edition includes the game’s first four expansions: Pebberly Island, Big Foot, Close Encounters and Off the Grid.  This isn’t everything; fans will still have to purchase Two Point Hospital: Culture Shock separately if they want to take their practice on the air, but this should all be enough to hit the healthcare administration ground running. The price hasn’t been announced yet, but chances are decent that it will at least be cheaper than buying all of these DLC packs individually.

Two Point Hospital: Jumbo Edition launches on March 5 for PlayStation 4, Xbox One and Switch. Check out our review for more details on the base game.