Ultimate Rivals: The Rink has been out for Apple Arcade users since 2019 and delivers the best arcade-style hockey action since the peak of NHL Hitz almost 20 years ago. While we have seen several games attempt to do what NBA Jam did in the early ’90s, few have really come close to matching its level of pure fun. Thankfully, Ultimate Rivals: The Court looks to do just that with its mix of not only basketball players, but also baseball, basketball, and even pro wrestlers on its roster. 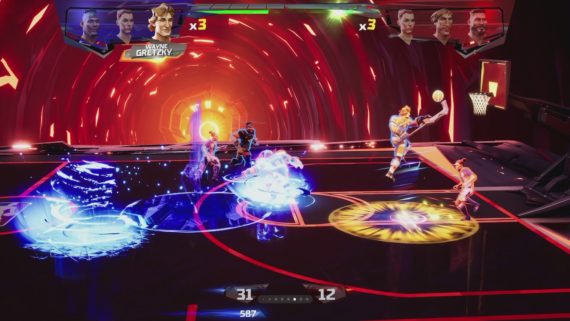 UR Rivals: The Court is now in session across iPhone, iPad, iMac, and Apple TV devices via the App Store and Apple Arcade. It’s a fast-paced NBA Jam-style game, and it’s far more user-friendly when it comes to training the player and enabling a true arcade feel within the action.