Yesterday, a NeoGAF user by the name of “Saint of Killers” posted a screenshot of an invite-only survey where they asked him about features he would like to see in the next update.

In the post, Saint said that the survey consisted of mostly blank suggestion boxes for him to fill out, but then towards the end there were check boxes as seen below: 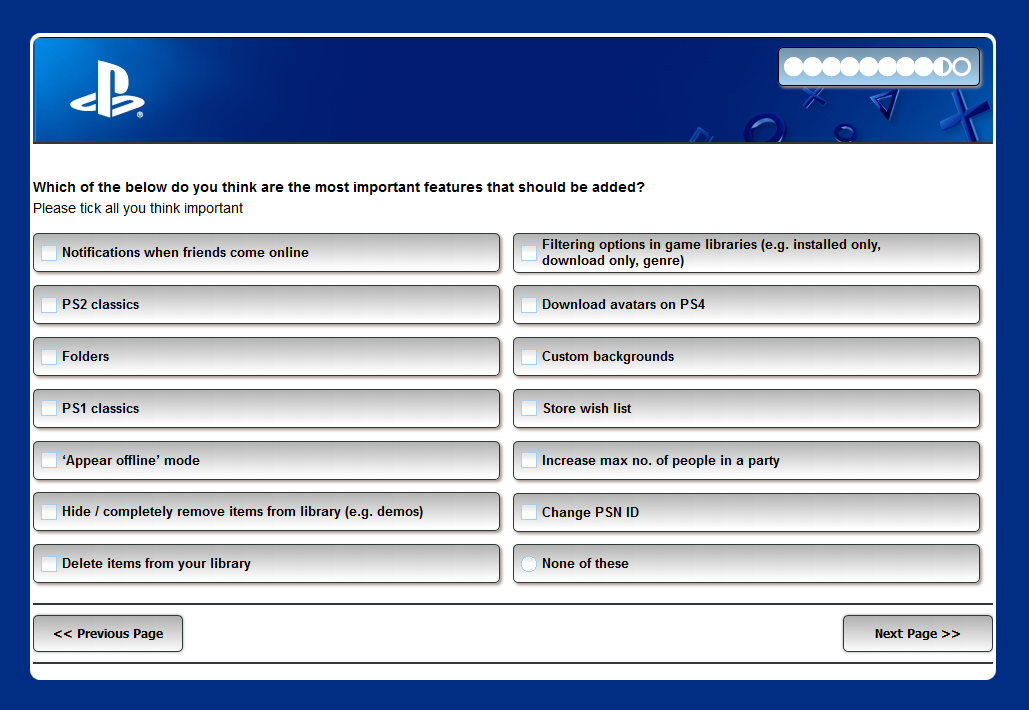 Based on the options available, it is obvious that Sony has been listening to its consumers. Each check box includes something that fans have been asking for, and if these things are going to be included in the 4.0 update, it could be a huge step forward for the PS4’s software.

Saint of Killers also posted another screenshot that says, “When would you expect PlayStation to release the next big System Software Update (System Software 4.0) with new features?” The options range from before the end of this year, to 2017 or later, so who knows when it will actually release, but one possibility is that it could be very soon.

The last firmware update, 3.0, brought in a couple of important features itself, like YouTube streaming and Request to Share Play. Let us know in the comments what new features you would like to see in the 4.0 update.