Super Smash Bros. is always a huge hit with Nintendo fans. The upcoming Ultimate entrant is no different as every single fighter from the series will be present. And, in line with the previous game, brand new amiibo figures are on the way for returning characters.

Wolf is one of the main antagonists of the Star Fox series. His amiibo was revealed a month after the game’s announcement. Wolf was absent from the Wii U and 3DS versions of Smash but is making a howling comeback. The figure shows off sharp claws to really let the fur fly. His outfit is modeled after his Star Fox Zero appearance.

The figure, along with previously revealed Ridley and Inkling, are set to release on December 7 at about $15.99. Additionally, many original Smash Bros. amiibo are being re-released at $12.99 which means now is your chance to collect them all. 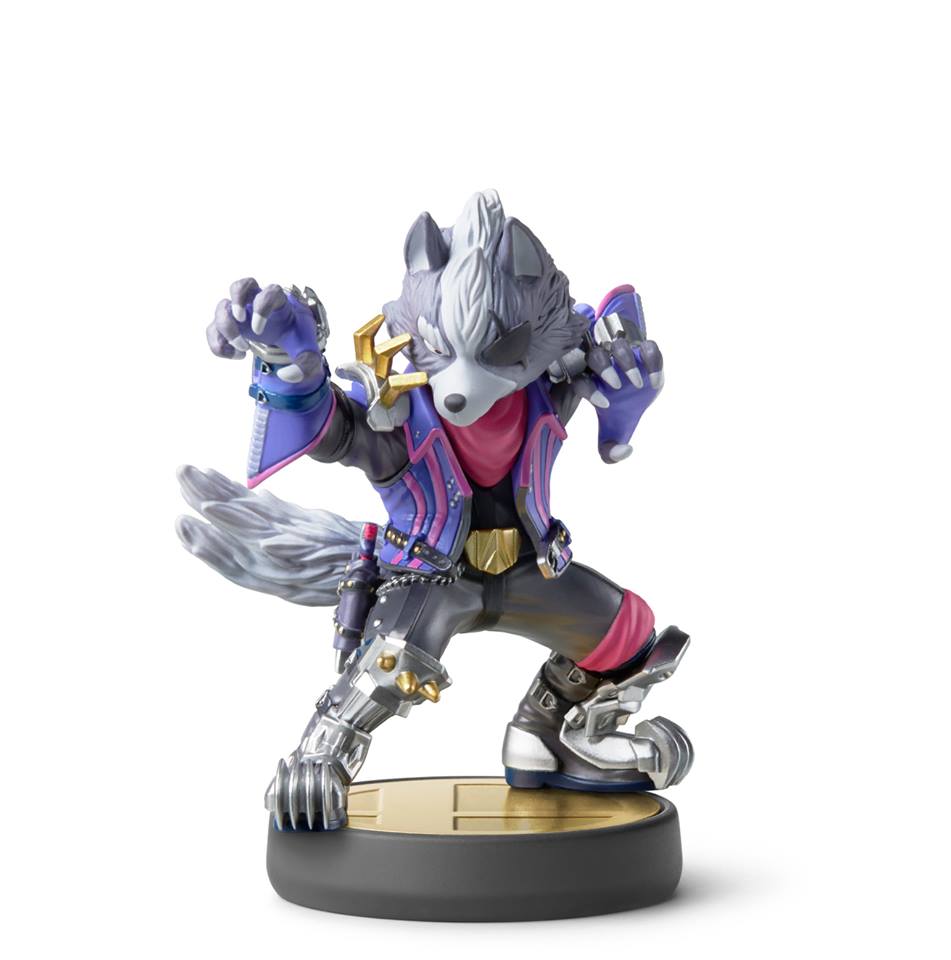