En Masse Entertainment announced yesterday that the Zombies Monsters Robots Closed Beta 2 has opened its doors.  Players with closed beta access will be one of the first in the world to “KILL EVERY THING” in this over-the-top-anything goes, third-person shooter for PC.  Currently there is no word on a port coming to either of the next-gen consoles.

Players who already had access to the Zombies Monsters Robots Closed Beta 1 will automatically receive access to the Closed Beta 2, featuring everything from the first closed beta phase as well as four all-new maps, including Minesweeper, Headshot Hotel, Rooftop Rumble, and Area 51. With a total of ten maps, eight gameplay modes, brutal bosses, and an insane variety of enemies, the Zombies Monsters Robots Closed Beta 2 ups the ante and opens its doors wide for a new wave of recruits.

Those who are up for the challenge can visit www.playzmr.com for a complete list of partners providing Zombies Monsters Robots Closed Beta 2 access with some offering exclusive in-game weapons. 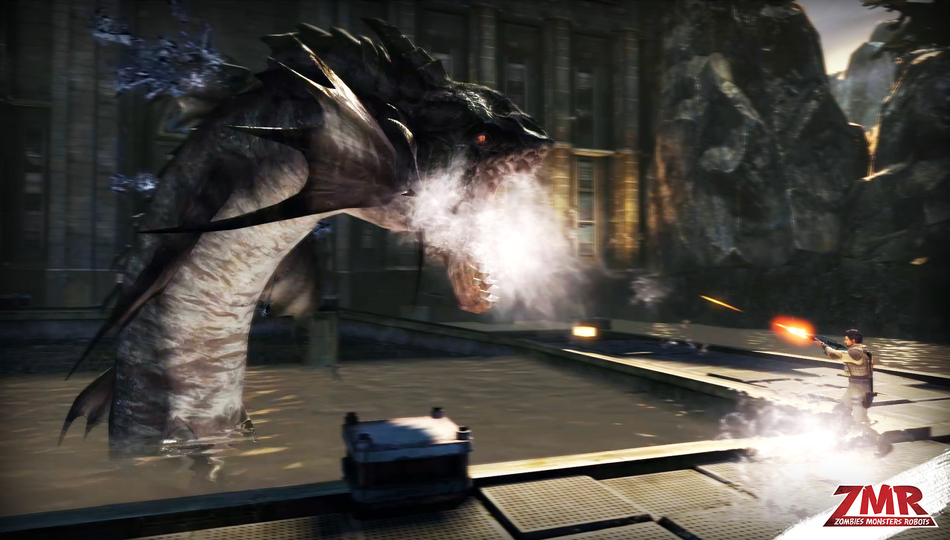 For those unfamiliar with the game, Zombies Monsters Robots (also known as ZMR) is a third person shooter that pits players against an unexpected assortment of enemies, environments, and game modes.  Through the invention of portal technology, cross-dimensional creatures have come into the world and humanity finds itself under attack.  In ZMR, players will battle monstrous enemies (like a Tyrannosaurus Rex with a missile launcher on its back) and bosses across a wide range of co-op campaigns and wave-based survival missions as well as fight other players in fierce head to head shootouts.  With an arsenal of customizable guns and gear, players need to make every shot count as they enter a war against infectious zombies, abominable monsters, and murderous robots that will stop at nothing to see the end of mankind. This is the world of ZMR, one that hopefully all of us can be a part of when the game formally launches later this summer.