Social features have been slowly becoming implemented in video games over the past couple of years, but the PlayStation 4 takes it up a notch. Gamers around the world will be able to stream what they’re playing through both Twitch and UStream without any loss in quality on their end. The unfortunate bit here is that this can look downright unwatchable at times for the viewers, especially during games with plenty of quick motion, such as Need for Speed Rivals, where the quality can’t keep up and ends up being a pixelated blur. This is to compensate for the inability to hook the system up to a capture card and record gameplay footage because of HDCP, but bitrate and quality selections would have benefited from this immensely.

Additionally, your own personal instant replay function has been added, allowing players to go back upwards of 15 minutes and splice together their favorite moments. This is a fantastic function, but at the moment is restricted to Facebook, a service that seems to be a strong focus on the PS4. When the ability to upload it straight to YouTube comes around, then the function will flourish. The compression on videos isn’t bad either; it’s not perfectly, but very suitable for something you’d watch on YouTube. It would be nice to see a few more options as the feature is pretty basic at the moment, but I suppose you can’t expect a Sony Vegas type experience. Screen captures during gameplay or in the menus has also been assigned to the Share button and is fairly simple to accomplish. Unfortunately, the upload process is a little disappointing as it’s strictly limited to Facebook and Twitter at the moment, with no Sony-specific backend servers. We need a Steam-like community where friends and acquaintances can view screenshots and videos on your profile, not importing other third-party applications. Regardless, the video and screen captures are simple and easy to do, but have a long and tough road ahead of itself as Sony has to realize the potential of the community side of gaming.

Similar to the Vita functionality mentioned above, anyone with a smartphone or a tablet can download the PlayStation app and use it as a secondary device for maneuvering through the menus or typing messages to friends. This is a functionality that was touted early on but is nowhere near expectations. There’s not much you can do with it now other than using it as a secondary measure in case you couldn’t find the controller and desperately need to watch something on Netflix right away. It is also good for texting people who are online and checking notifications, but you can’t watch streams or do much else for that matter. It’s something that could be spectacular, interlinking social features with people who have phones (which is almost everyone at this point), so here’s hoping it’s gets continuous development. 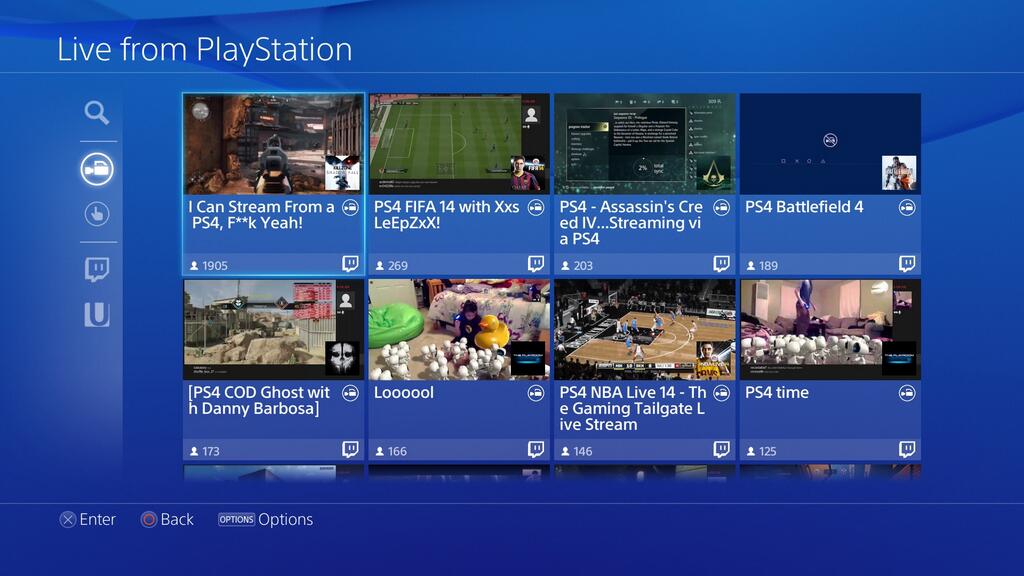 For over fifteen years, Sony’s DualShock controller has remained virtually the same. Small additions such as the Sixaxis and wireless connectivity were added to keep up with modern expectations, but the form factor has barely been touched. This changes with the DualShock 4 as Sony has crafted a similar looking model, but far more fitting to the player’s hands. From appearance alone, you can tell that the DualShock 4 has larger dimensions than its predecessor with a slightly wider base and taller grips. The back has less of a sharp angle when transitioning from the palm grips to the triggers and the overall design is less flat. The thumbsticks have also been drastically changed as they are not only concave this time around, but more equally spread out. This makes the placement feel much better, but sometimes the newly placed touchpad above it can get in the way with certain games. For example, Killzone Shadow Fall uses it to change the Owl companion’s abilities, but I found myself accidentally touching it lightly on a frequent basis. This also acts a massive button that can be pushed inward with some games such as Assassin’s Creed IV using it to open up the map. It’s definitely something that could be interesting if put to good use, but right now it feels more like a gimmick more than a meaningful tool.

An interesting generational transition that seems to have occurred for both the Xbox One and PlayStation 4 is the Start and Select buttons being removed. On Sony’s platform, they are now replaced with an Options and Share button. Really, the Options button functions exactly as the Start button did, but just has a different shape and is now placed in a slightly more awkward location to reach. The Share function is used only when you want to record video, stream your current gameplay session or take a snapshot. It’s a handy tool that feels natural and fluent to perform some of these social features. Looking towards the top of the controller, while the DualShock 3 had triggers that were convex, causing fingers to slip off of it on a constant basis, the fourth iteration fixes that and makes it far more convenient for racing games and shooters. The L1 and R1 are virtually the same, but R2 and L2 take nods from the Xbox 360’s triggers, just with less of an angle and a more meaningful subtle dip. It really is the perfect evolution for the triggers and work incredibly well.

The last few new changes revolve around the PS button, the newly added speakers and the back LED light. The PS button has been moved right in-between the two thumbsticks and is the perfect placement for it as it’s not strenuous to reach and isn’t in a place where you could accidentally hit it. The speaker is also a nice inclusion, but at launch has only shown a minimal support. Killzone: Shadow Fall uses it to play audiologs, which is better suited than interrupting voice work in-game, and Resogun’s narrator comes through it, but it the audio levels can be a bit loud, making it more of a distraction than anything else. With that said, in time I’m sure developers will find useful and creative ways in developing for it. Finally, a nice new feature that helps identify players one through four is the light on the back of the controller, between the triggers and below the charging connector. This naturally glows blue and white but developers can take advantage of the multitude of values by assigning different colors in coordination with gameplay. With a 15-hourish battery life and a stack full of grand improvements, the DualShock 4 ends up being an impressive upgrade the platform needed. 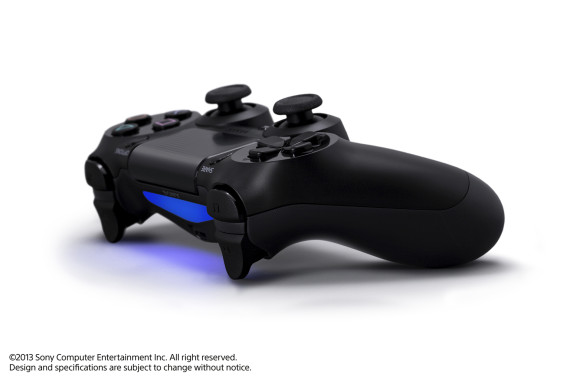 The release of the PlayStation 4 comes with a bevy of new additions and upgraded hardware, but unfortunately that’s not necessarily the case with the launch lineup. While Sony has been out in the media showing off titles for next year, it leaves 2013 with a middling offering. It’s not the quality of the games that’s in question, or the variety for that matter, but the lack of new experiences as most of the catalog is made up of games that have already been released on other platforms. The only truly exclusive releases are Resogun, Killzone: Shadow Fall and Knack, with the packed mini-game collection, PlayRoom, entertaining the family if the PlayStation Camera was purchased. Shadow Fall falls in line with the two other big shooters, and Knack is a little bit of a disappointment among the community. Resogun is arguably the best game of the three, but that makes it even harder to recommend this four-hundred dollar device to someone specifically for a small indie title that we get hundreds of every year elsewhere.

Thankfully, those who decided to wait on games such as Assassin’s Creed IV and NBA 2K14 will not be disappointed as they are currently the definitive versions. Need for Speed Rivals even is partially a timed exclusive, at least for four days, and is one of the best games at launch. Sony is also off to a good start with their PlayStation Plus offerings as they are giving out both Resogun and Compulsion Games’ Contrast at no additional cost. Throw in a number of free-to-play games such as Warframe and Blacklight Retribution and you have a lot to offer if you have been in the dark for the last couple of months. That’s what it really comes down to: if you own a PC and PS3 and play them frequently, then the launch lineup is pretty disappointing. If for some reason you’re just getting back into gaming, then this is a fantastic lineup as most of the games are worth playing. 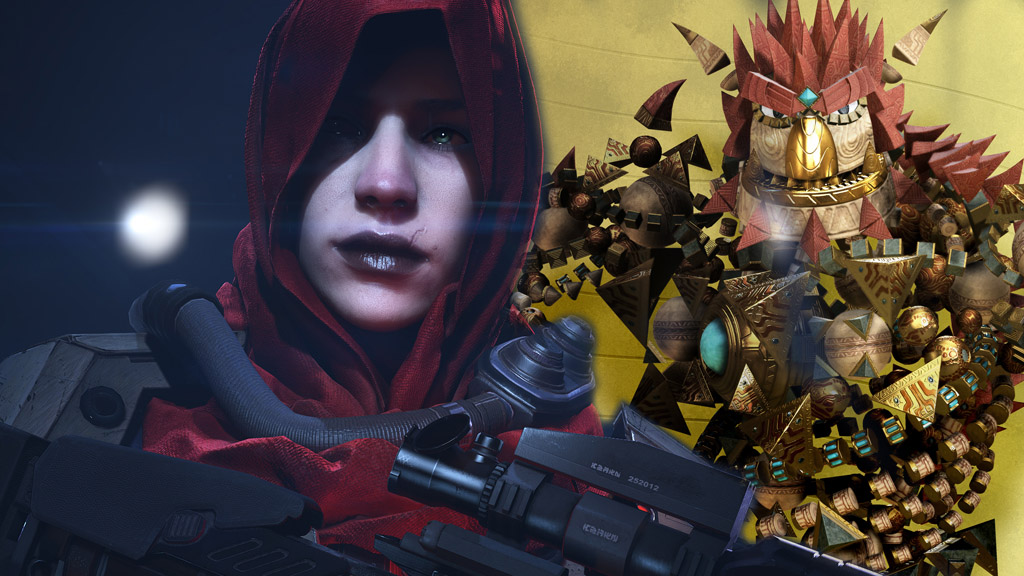 It would seem the days of a dedicated gaming machine are behind us. The PlayStation 3 contained a number of networking capabilities along with various online services such as Netflix and NHL Game Center. That is partially intact but far less impressive and expansive with Sony’s successor. In fact, it feels like a step backwards more than anything, removing various abilities such as playing your own MP3 audio files and even any video files. This is specifically disappointing to anyone who purchased their own music through Amazon or iOS, or wants to view any pictures and recorded videos from vacation, something I know my friends do on various occasions.

The multimedia aspect of the PlayStation 4 is almost non-existent; it’s obvious Sony wanted to develop a gaming device first, but they forgot what year it is where they need to have at least the bare minimum of expectations. This means even having the capability of viewing pictures, playing home movies and listening to music that’s not subscription based. Even streaming from your computer to your television from a home server, something many people do with the PlayStation 3, is absent. Sony does offer a couple of subscription based services such as Music Unlimited and Crunchyroll, both services I personally use, but it just amplifies Sony’s seemingly restrictive nature at how they are approaching multimedia.

Overall, the PlayStation 4 ends ups being an impressive piece of hardware that is unfortunately lacking in software. While not a horrible lineup of games, there isn’t anything significant at launch that makes a convincing argument for upgrading. Considering Sony wanted to release a gaming device first, and only put in barebones multimedia functions such as a few subscription based services and Blu-ray/DVD support, it makes this all the more disappointing. That’s not to downplay the power and capabilities of the PlayStation 4 as it has enormous potential and is a well-conceived system that handles multi-tasking and social features very well, even if they’re limited to specific services at the moment. Regardless, it’s difficult to recommend the system at launch to anyone outside of core gamers as it may be months before software and game variety improves.