Tell us more about your interest in music. We’ve seen that you play music as part of Rochelle, Rochelle. How did the band come about? Also, what was the inspiration behind the band’s name?

The inspiration behind the band’s name is my brother’s and my mutual love for Seinfeld. It’s a reference to one of the movies in the TV show. Ha-ha. My brother is far more of an avid fan than I am, but it was one of the first shows that I binge-watched by stealing his DVDs. I grew up around musicians and dance. So, music has always been a huge part of my life. I started playing with my brother [A.J. Bartholomew] by just singing a couple [of] songs with him here and there. We decided to start writing and it just kind of happened naturally. Both my brothers [A.J. and Chris Bartholomew] are musicians, as is my boyfriend [Dan Sugarman]. I also write with Dan.

I think I’m still finding my own voice in terms of creating music, but I learn a lot from them and enjoy it as a creative outlet that I truly get to delve into from start to finish. As a freelancer, a lot of your creativity is on the basis of what others want, which is amazing because collaboration is beautiful and I love other people’s creative visions. But it’s nice to have something that is completely in your hands and you get to mold and shape in all aspects (hopefully).

Do you think that interest in music helped you immediately connect with Cassidy?

Definitely. I think the guitar and music is Cassidy’s safe space. It’s where she allows herself to speak from her heart and be vulnerable without hesitation. When she’s playing, she’s free. Music, dance and art, in general, have always been [in] my safe space. ‘Safe space’ is honestly too empty of a phrase to even describe it. It’s my magical universe. It’s what makes sense. 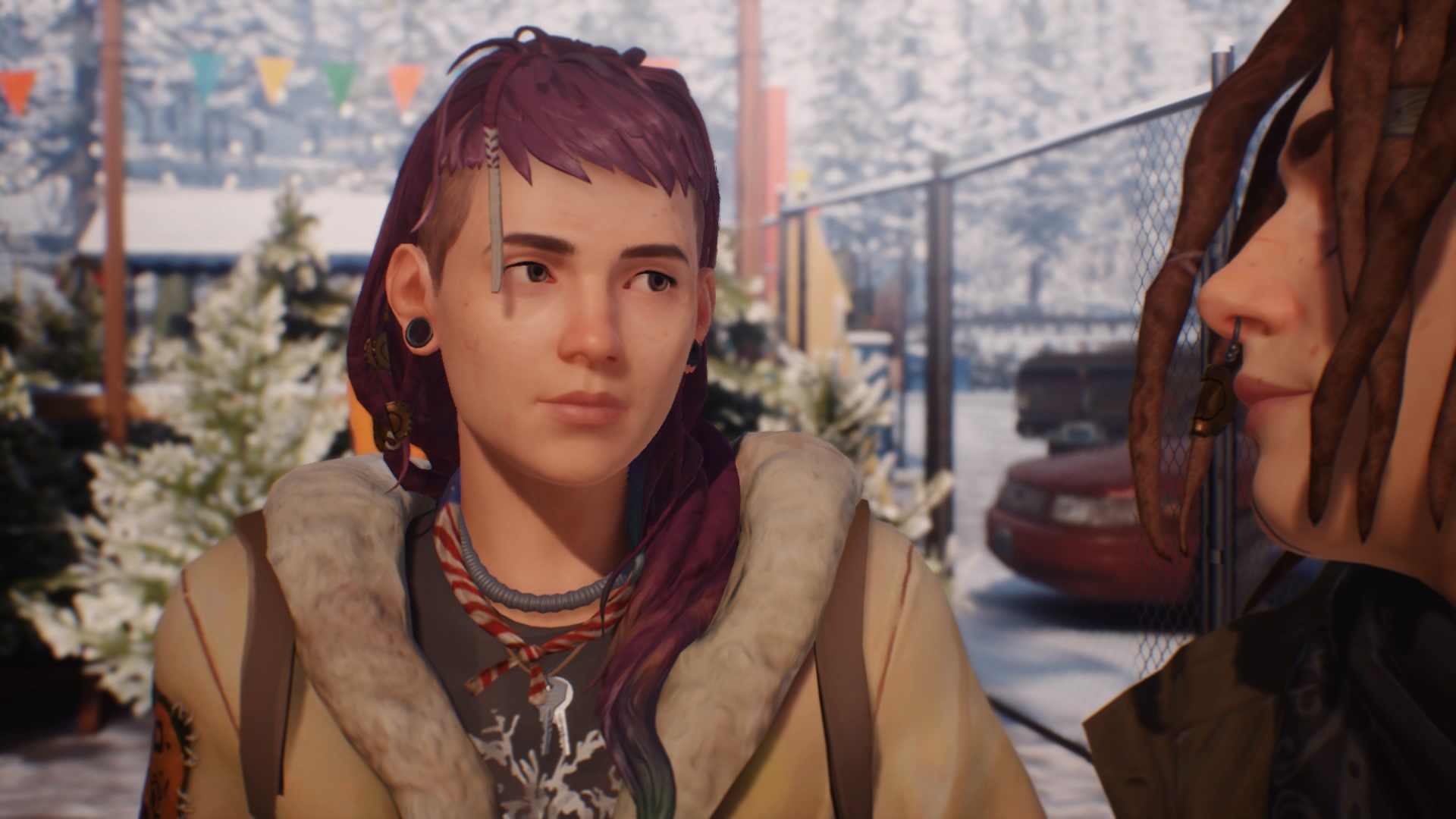 Cassidy and Finn in Life Is Strange 2 Episode 2: Rules.

What was your first impression of Cassidy when you learned more about the character?

That she was a bad***. An adventurer holding onto pain and letting it dictate her life, but also finding freedom in it. She has gone through and seen a lot of things that I wouldn’t wish on my worst enemies. But that she also deeply cares about what is important to her… the people she surrounds herself with.

Was there any inspiration that you looked towards for the performance of Cassidy?

I don’t think there was any one specific story or person that I drew from, but more from an accumulation of experiences. I have traveled a lot on my own and you meet and experience a lot of different humans with lots of different stories. You hear about their lives and sometimes the stories they tell feel completely foreign — like they are from a different planet — but sometimes it feels like a distant memory. Like we’ve experienced all of this together in some way or another.

We’ve only seen Cassidy very briefly in Rules, but it’s not surprising that many people feel there are Chloe Price vibes about the character. Have you had any messages or interactions with fans about your performance in the episode?

I have! It was very odd at first because I actually didn’t even know the episode came out until people started messaging me. Some of it has been odd and uncomfortable, but I’ve had some really great conversations and I’m glad to know that Cassidy is making her mark. 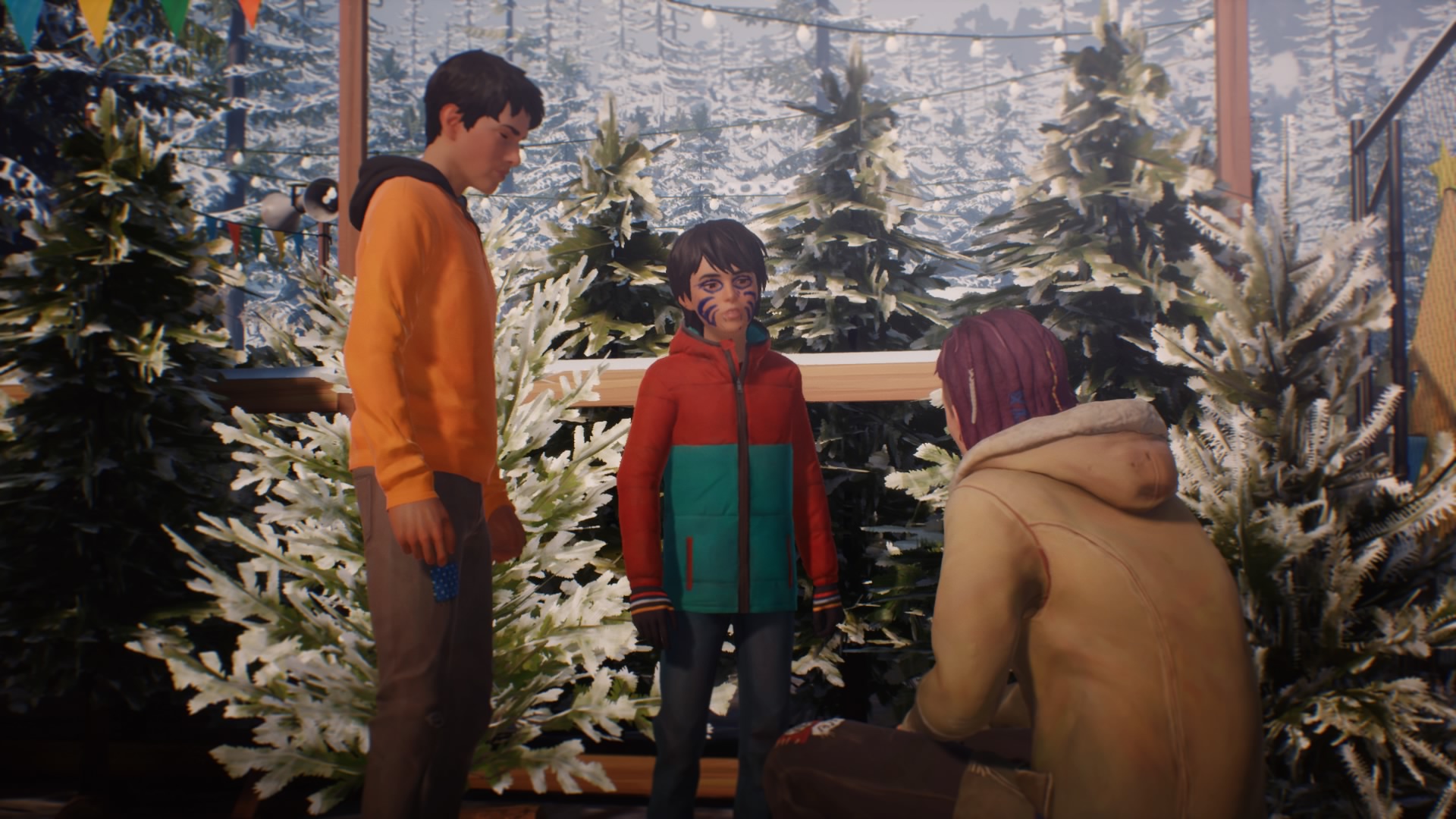 This interview continues on page three as Sarah Bartholomew chats about Episode 3: Wastelands, her favorite moments of working on Life Is Strange 2, mental health and body shaming and how she once bounced back from a career-threatening injury.