If you’ve got an affinity for John Woo flicks and sandbox games, you’ll love Sleeping Dogs. It’s about an undercover cop trying to right the many wrongs in the Hong Kong mafia, while also fixing up a corrupt police force. The action of Sleeping Dog doesn’t just rely on sandbox gaming staples, though — its free-roaming gameplay mixes the best of Assassin’s Creed with the Arkham games, and since everything is done well, its engrossing storyline is able to shine. Top-notch voice work helps that out, while brief moments of levity like karaoke allow you to relax between the epic shootouts and drug busts. There’s a lot to love in the main game, and even more to enjoy with the relatively inexpensive DLC packs that can add anything from moves to outfits to all-new missions to the experience.
Available on: PlayStation 3, Xbox 360, PC 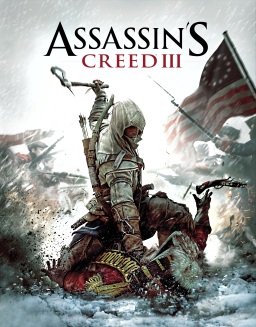 An enromous game, Assassin’s Creed III may give the most bang for the buck of any game in this guide. While there has been games with larger worlds, nothing has come close to the sheer amount of things to do here. It’s the sort of game where it’s hard to completely grasp exactly what it is and where it will go until it’s almost over. Besides the intriguing main quest, there are a ton of places to explore and secrets to find. Simply looking for the viewpoints, which are on top of tall buildings and trees, is a game in itself. If that’s not enough, based on colonial America, it’s perhaps the most beautiful setting of any game in the series.
Available on: PlayStation 3, Xbox 360, Wii U, PC

Need for Speed: Most Wanted

Criterion is back with a NFS-branded successor to Burnout Paradise. Beyond its open world allowing you to race all over Fairhaven, MW is the firstracing game that allows you to unlock most of its cars just by finding them. It actually costs you zero in-game dollars to get inside some of the world’s sweetest rides. Once you find the right car, or simply beat the city’s most wanted drivers to take their cars, you can dominate the pack offline or take part in a wide variety of online challenges.
Available on: PlayStation 3, Xbox 360, Wii U, Vita, PC

There’s really only two choices this year when it comes to racing games: Forza Horizon or Need for Speed: Most Wanted. Sure, other racing games came out in 2012, but nothing of their caliber. Both games feature sprawling open worlds, beautiful cars and fantastic online functionality. What it really comes down to is which type of racing mechanics are preferred. If it’s realistic, Forza Horizon is the clear choice. Not only are there miles upon miles of open Colorado roads to explore, but thousands of tuning options to boot. Much like Burnout Paradise before it, it’s the sort of game you can just tool around in and have fun. Bonus points if you’re giving the game to a music lover, as this features one of the best licensed soundtracks of all time.
Available on: Xbox 360

For those who are old school gamers:

Mario’s HD debut doesn’t just allow you to make use of a 16:9 screen, it’s also the first five-player entry in the series yet. With four players using Wii remotes and one using the Gamepad, you can fill your living room with plumbers and Toad’s dopplegangers. The GamePad user gets to play overlord and place obstacles or power-ups in the paths of players, turning what could be a civil affair into a war. If you don’t feel like playing with others, you’ve got dozens of classic side-scrolling Super Mario gameplay to enjoy and little Koopa kids to conquer.
Available on: Wii U 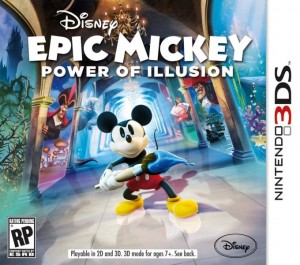 What once seemed like a throwaway handheld port of the popular Disney series turned out to be one of the most surprising releases of 2012. Instead of simply hastily converting the mechanics to the 3DS, the game is secretly a sequel to one of the best platformers of the Genesis era, Castle of Illusion Starring Mickey Mouse. We love this as a gift for a few reasons. First, any Disney or old school gaming fan in your life (and we’re sure you have at least one) who may have overlooked it will eat this up. Second, and perhaps most importantly, it makes a great gift for today’s youth. Instead of blowing away virtual nazis or whatever the kids are into these days, they’ll be treated to old school platforming at its best — a game where a brain is actually needed to complete. It may be hard to get some kids to pick up a SNES controller, but a 3DS game starring Mickey Mouse? Not a hard sell.
Available on: Nintendo 3DS

Mark of the Ninja

Mark of the Ninja represents the golden age of stealth games. While games such as Splinter Cell may be going for a more cinematic and action packed approach, Mark of the Ninja keeps close to its routes with gameplay that involves slowly stalking a prey and striking when the time is right. It’s a game where players will need a lot of patience to progress as going in recklessly will only end in tears. Mix in the colorful and lively art style Klei always brings, and you have one of the best stealth games this generation.
Available on: Xbox Live Arcade, PC

While it may not exactly be what fans have hoped for, Hitman: Absolution retains what makes a stealth game fun: choice. Going in guns blazing can work in certain situations, but it’s not recommended as Agent 47 can only take so many rounds to the chest. It’s a game that requires sneaking around, dressing up and eliminating your targets in any method you choose. Push a guy down a hole or sabotage a fence so when someone goes to take a leak, they’re electrocuted. It’s an open and creative world that puts the player in full control of how they want to approach each situation, resulting in a tense and satisfying stealth experience.
Available on: PlayStation 3, Xbox 360, PC

For those who enjoy a psychedelic adventure: 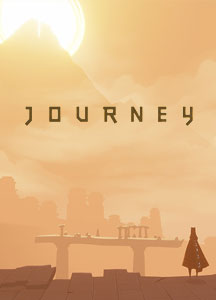 It’s been said that the journey is worth more than the destination, and given this game’s short length, that statement seems true. Over the course of an hour, you’ll traverse seemingly endless deserts healing tapestries, zoom down ice to avoid a monster, and slowly make your way through the blistering cold and harsh winds. If you’re lucky, you’ll have some help along with the way from online players willing to lend some non-verbal guidance while you lose yourself in the gorgeous graphics and incredible orchestral soundtrack. There’s no hand-holding in Journey, just aseemingly simplistic adventure that has a lot of hidden depth and beauty to it that crafts one of the most unique experiences of its generation.
Available on: PlayStation 3 (retail and PSN) 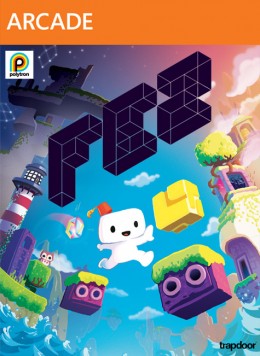 Once upon a time there was a little white naked guy with a nice hat, and unlike anyone else he could see the world in a new way. Not in true 3D, because there’s limits on even the strongest powers, but his magic hat let him rotate his view ninety degrees at a time. All of a sudden new paths opened up, letting him travel to new puzzles in new worlds. He even learned a new language along the way, or at least a different alphabet. The strange and wondrous journey of Fez ranged far and wide through a series of interconnected lands, each trickier than the last, and each puzzle made the world just a little bit richer.
Available on: Xbox Live Arcade

For those who like to move to the groove:

The only way to beat the amount of movement Just Dance gives a player is to play a fitness game — and who in their right mind would want to do that? Unlike other dancing games, Just Dance 4 isn’t concerned with having players nail the moves correctly. It’s the sort of game where you, well, just dance. While it does award accuracy with “mojo”, translating into new modes and alternative choreographies, even the worst dancer can feel like a superstar playing Just Dance 4 (we’re looking at you, Elaine). Because of this, it’s really a go-to game for a night in with friends or even a party atmosphere. The soundtrack is full of recognizable hits that even the most igneous music snob will find hard to refute, making it a party in a box that practically anyone can shake their groove thing to.
Available on: PlayStation 3, Xbox 360, Wii U, Wii 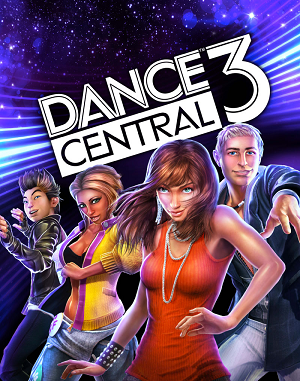 Same as every year, there will be many a clueless boyfriend (I’m not saying that girls never buy their significant other dancing games, but there’s likely many more duplicate Black Ops II copies hiding in the closets of girlfriends everywhere) at Best Buy on Christmas Eve five minutes before closing holding a copy of Just Dance 4 in one hand and Dance Central 3 in the other. There’s no way you’re buying two dancing games, so what’s a guy to do? If the game is intended for the type of happy-go-lucky person who dances at any occasion, doesn’t mind embarrassing themselves and loves seeing you embarrassed, Just Dance 4. If, however, your special someone has ever taken a dance lesson, DVRs “So You Think You Can Dance?” or dances for exercise, Dance Central 3 is the right choice. Unlike Just Dance 4, the game actually makes you feel bad for missing moves and challenges you to do better. As it faithfully tracks your legs, the game will lend to less jumping around and more realistic dance routines. Those who aren’t social gamers will also find more replay value, as perfecting the game requires concentration and hours of practice. Who knows, you may even learn enough to not look like a fool next time you’re at a club together — bonus gift!
Available on: Xbox 360