The year is 1999. The Red Hot Chili Peppers have crafted an epic comeback with Californication, The Iron Giant brought tears to the eyes of animation fans and The Sopranos took crime dramas to a new level. In the world of video games, though, a revolution had come in the form of Everquest, which turned MMORPGs into a phenomenon. And in the world of collectible card games, Magic: The Gathering was arguably standing out even more than ever, with the popular and Uber-powerful Urza Block having been concluded (with the sadly underwhelming Mercadian Masques set to follow it). And these last two developments had several people wondering if Magic: The Gathering would translate to the MMO world as well. And it only took just over twenty years, but with Magic: Legends, it looks like we can finally say that yes, it’s more than possible. 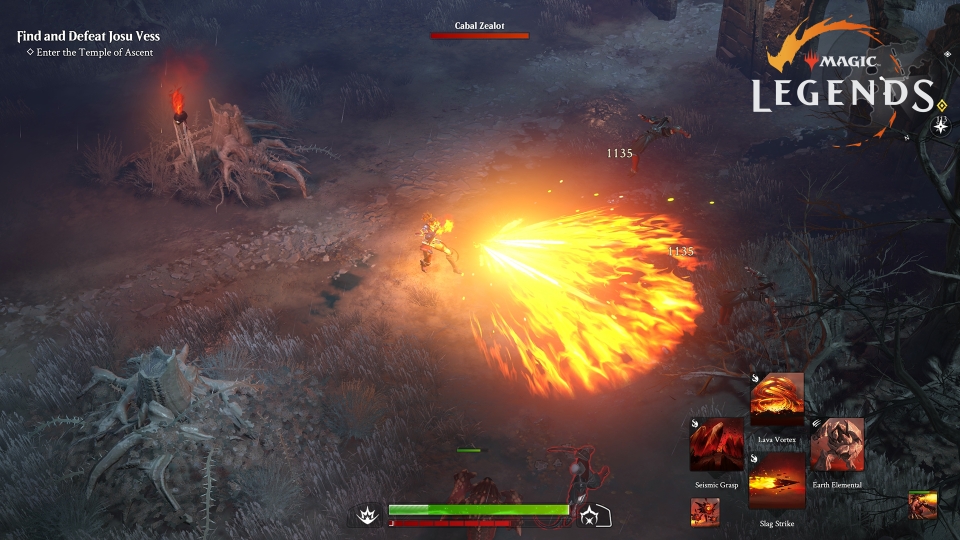 Now true, we have had other examples of Magic: The Gathering attempting to make the transition into video games through different genres, like BattleMage or Battlegrounds. But none of them ever seemed to stand out in any way and their reception among critics and fans was lukewarm at best. So developers Cryptic Studios may have a bit of a low bar to clear, but they still have a big task ahead of them nonetheless. So going into things, one question immediately stands out: how do you translate the tried-and-true gameplay of the card game into a more action RPG-oriented game?

Well, in an obvious part of the solution, you add a touch of one of the most notable trends in gaming right now: deck-building. You start each mission by crafting a deck of cards to play with out of whatever cards you have, though decks here are limited to twelve cards instead of sixty. And in while in the field, you have access to only four cards at a time, with a new, random one drawn in place of any one you’ve just cast. Lands are gone, instead replaced by a set of mana blocks that regenerates as you attack, with the colors of mana generated and the amounts of them based on the cards in your deck. Press a button, spend mana and giant spiders are summoned or a blast of fire shoots out from your character. 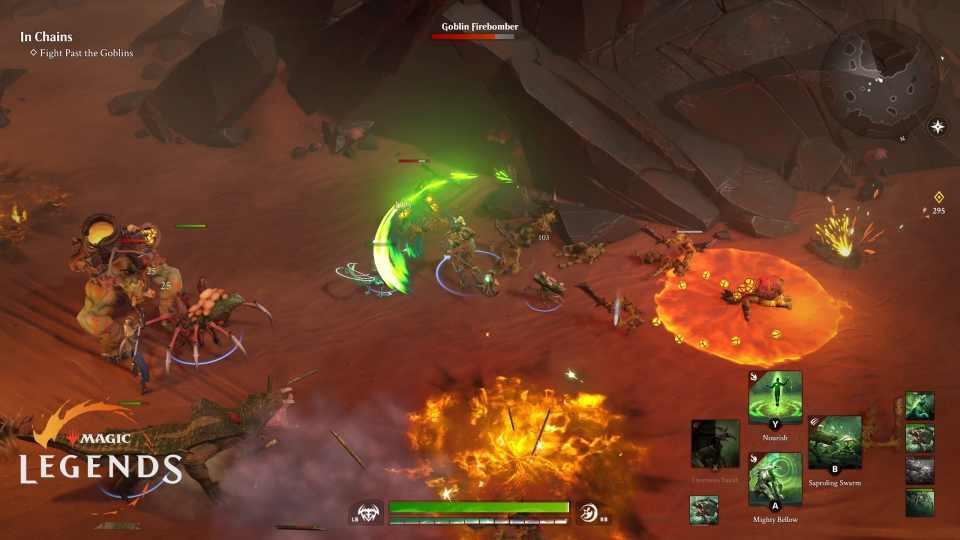 And right there is what I truly appreciated about Magic: Legends. It didn’t just feel like a game based on the world of Magic: The Gathering, but instead felt as close the actually playing the card game as an action-RPG game could get, while still perfectly translating the action into something more suited for a video game like this. Casting a spell actually has the feeling of playing it like it just came out of your hand, and the creatures, attacks and effects actually appear like the cards themselves came to life. Kavu and Saprolings popped up right before my eyes, and I could fight alongside them, attacking legendary foes that also appear exactly as they do on the cards. It is the exact kind of Magic video game we’ve wanted for years and years.

There are several other ways to explain how Magic: Legends impressed me, mainly because in addition to a faithful adaptation of a classic card game, what we have is also just an impressive RPG in its own right. During my time with the game, I was able to test out two different missions with two different classes, the Geomancer and the Beastcaller. As expected, each has their own specific attacks, skills and special attacks to work with, each also suited for their specific mana colors: the Geomancer deals in fast earth-based attacks with an emphasis on dealing small amounts of damage at a rapid rate, like many mono-red decks, and the Beastcaller, as the name suggests, deals in summoning creatures, even having a default Aether Fox companion by them at all times, like a lot of mono-green decks. 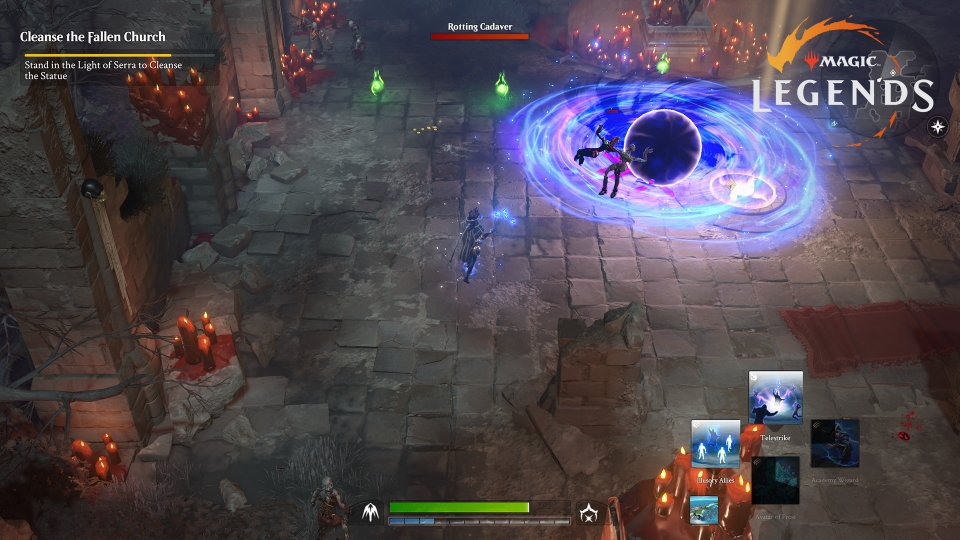 Despite the different play styles of the two, each was a joy to play as (of course, it helps that I myself have an affinity for red and green decks as well). The controls are solid and easy to jump into, with guides that allow you to properly aim your attacks and enchantments. The action is nice and fast-paced without ever getting annoying, your summoned creatures can always catch up with you and help out perfectly in battle, checkpoints are nicely spaced apart and it’s just a terrific experience all-around, with melee combat being just as enjoyable as casting spells from your various cards.

The only disappointment is that ironically, the demo of this MMO that I played didn’t actually feature any other players. True, you can still go it solo and get a satisfying experience, but the true test of a game such as this is in how it handles a group of different players. Especially since much like the Left 4 Dead games, Magic: Legends has an AI director on board that adjusts the enemies you face based on your performance so far. It puts up a great and appropriate level of challenge, based on my experience, but I want to see how it handles groups of different classes with varied attacks.

I also haven’t really gone into many details over the plot, if only because while I do try to keep at least a bit up to date with the latest expansions and I can recognize important characters, I have had some trouble keeping up with the overall lore encompassing years of various sets and stories. From what I can tell, Magic: Legends is keeping things in the plane of Dominaria at the moment, with the Geomancer’s section having them deal with the forces of the Lich Knight Josu Vess, and the Beastcaller trying to get the dragon Darigaaz freed from the Benalish knights, only to discover them to be working with goblins, and having to deal with a different dragon, Kyashatar, as a boss at the end. It’s still impressive stuff, but I would like to see other worlds and cards from all over the game’s history eventually included as well.

Perfect World and Cryptic have really gone above and beyond with Magic: Legends, crafting an RPG that not only plays extremely well, but so perfectly captures the essence of Magic: The Gathering in integrating the actual cards with the gameplay. It’s the game my teenage Magic-loving self always wanted and I can’t wait to see more of this free-to-play MMO develop along its journey towards an eventual release for PC, XB1 and PS4.