The world of indie games tends to be contain many examples of revitalizing older genres and subgenres from decades ago. And it’s understandable. Aspiring developers who have grown up on the likes of 2D platformers and point-and-click adventure games have naturally dreamed of making games just like those whenever given the chance. Yet one genre I oddly have yet to see fully resurrected is the extreme sports genre. Sure, we’ve had the occasional OlliOlli or two, but high-profile extreme sports games have yet to make a comeback. And that is where the Montreal-based creā-ture Studios comes in with Session, their ode to turn-of-the-millennium skating culture. 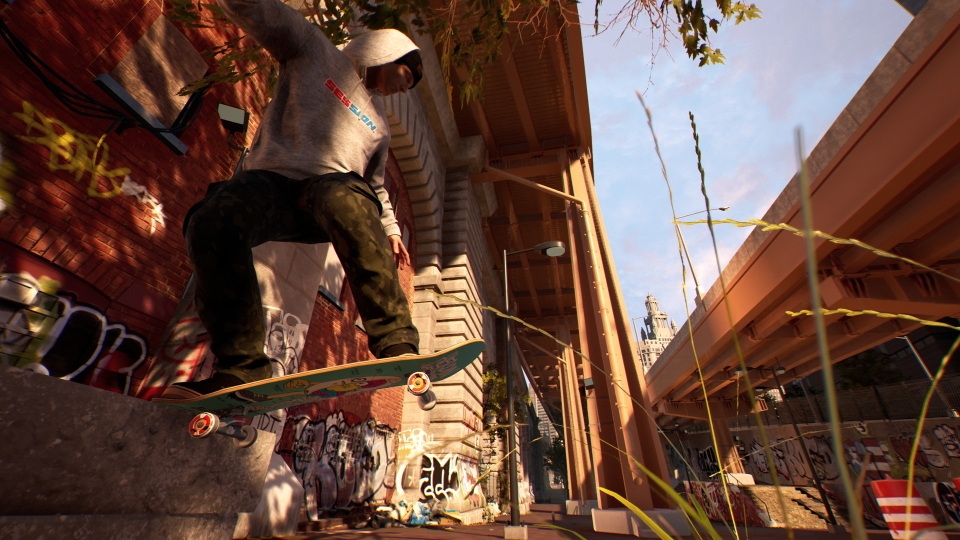 Now, I say “extreme sports,” but Session does aim to provide a more grounded, realistic experience. The team that was at at PAX East made that clear, as mastery of the game would take notable skills and investment, and that it should appeal to experienced fans of skateboarding and skateboarding games such as the Skate series. In fact, Session’s latest update added an option to select controls similar to those found in Skate 3. But I chose not to use them, instead opting for the pure Session experience.

“How hard can it really be?” I thought to myself, having played similar games years before.

As it turns out, the answer is “Particularly hard.”

Session does indeed have a notable learning curve for newcomers and it begins with the controls. Instead of moving the analog stick, you have to use two buttons to kick yourself forward with either foot. The analog sticks are instead used to control your feet, so any jump or flip is performed by holding them down and then flicking them back up. And the left and right triggers are used for turning in either direction. It does sound unorthodox at first, and in a way, basically requires you to unlearn some stuff you may already know about games such as this. True enough, my early experiences with it ended up with my skater crashing down on the ground several times. 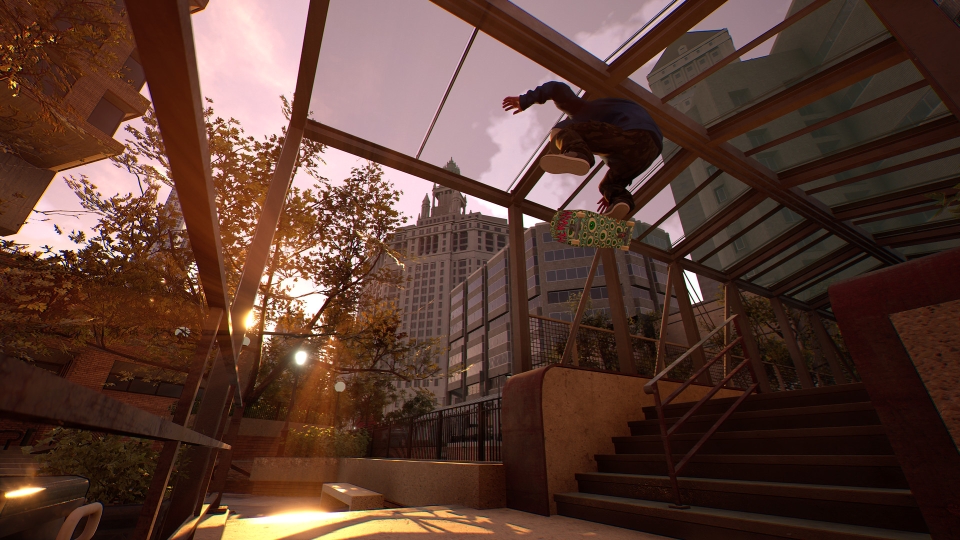 But I stuck with it and you know what? I really got into the controls, even having fun with them. True enough, it actually felt a lot more realistic (or as best as I can imagine, not being a skater and all). After a while, I was able to gather up some speed without getting interrupted and pulled off a few basic ollies and flips. And eventually, after getting a better hang of jumping and lining up obstacles, I was actually able to full off a successful grind, if only for about a second or two. It may seem like incredibly minor stuff, sure, but it also felt like it perfectly captured the feeling of a rookie skater pulling off their first trick. So despite being marketed more towards the hardcore crowd, I can easily see casual fans of skateboarding games getting into Session, as long as they have the patience.

Of course, it helps that creā-ture have also crafted some nice and wide, open levels for you to skate or run around in as well, searching for the perfect spot to try out certain tricks. The New York setting I was in looked particularly gorgeous, with a great amount of detail put into every bit of architecture and several props to work with spread about in a nice realistic manner, which made me want to explore it as much as possible. I will say that it did feel a bit oddly empty, though. Of course, I can easily understand that adding the liked of pedestrians or moving vehicles could get annoying, so fair enough.The soundtrack also seems particularly sweet, especially given that this era’s music was rather…divisive, to say the least, but there’s something included that would be to your liking.

But if I had one other notable complaint about Session, it’s that some of the collisions can feel a bit awkward. Sure, you have to expect a few obvious spills when attempting to grind on the rails down a flight of stairs and miscalculating your jump. But then there are moments where you can bump into a curb while traveling at about 2 MPH or less and yet your character will still flop off their board as if they were trying to commit insurance fraud. Of course, the game is still a work in progress — and available in Early Access right now — so hopefully little hiccups like this will be resolved down the line. I also didn’t get any time to experiment with more VHS-inspired features like being able to edit your own skateboarding videos, but we’ll see about that later.

Session might be a tricky sell for fans of skateboarding games who want something they can jump into, but once you work your way into it, the game easily becomes a fun and rewarding challenge. The more complex controls and gameplay provide a unique skating experience, and the game gives you some nice and wide open areas with a lot to work with when it comes to mastering your skills. I don’t know if Session will trigger any big resurrection of extreme sports games, but it looks to be a killer trip down memory lane and a good game no matter what, and I can’t wait for the final version when it hits PC and XB1.