The booth for Speaking Simulator was one that I noted and ignored while exploring the floor at PAX. The joke of “Something Simulator” being a game had been long run into the ground and I immediately dismissed this title as the product of developers that hadn’t yet picked up on this fact. Indeed, it was a representative for Infernax who convinced me to actually take a moment to look at Affable Games’ title as it actually had something to offer. Since it came at the recommendation of someone I respected, and I had some time to kill, I decided to give it a shot. He was right. Speaking Simulator is a solid title that uses the unintuitive control gimmick to hilarious effect in novel ways.

The player starts off by creating their avatar. Manufacturing is a more apt term, though, as the goal is to use this android to infiltrate human society in a quest to bring about the robopocalypse that the more technophobic among us have been warning about. After creating the mechanical homunculus, players are thrust into their first human situation: a date. The left stick is used to control the tongue to hit buttons on the inside of the mouth. The right opens and closes the mouth, as well as stretches and compress lips to form the words. Overall, it wasn’t too difficult to pull off in decent time and I was able to appreciate the well-written “I’m not a robot” style dialogue of the date. This was just the beginning, though, and the scores awarded can get much higher with the use of purchasable upgrades. 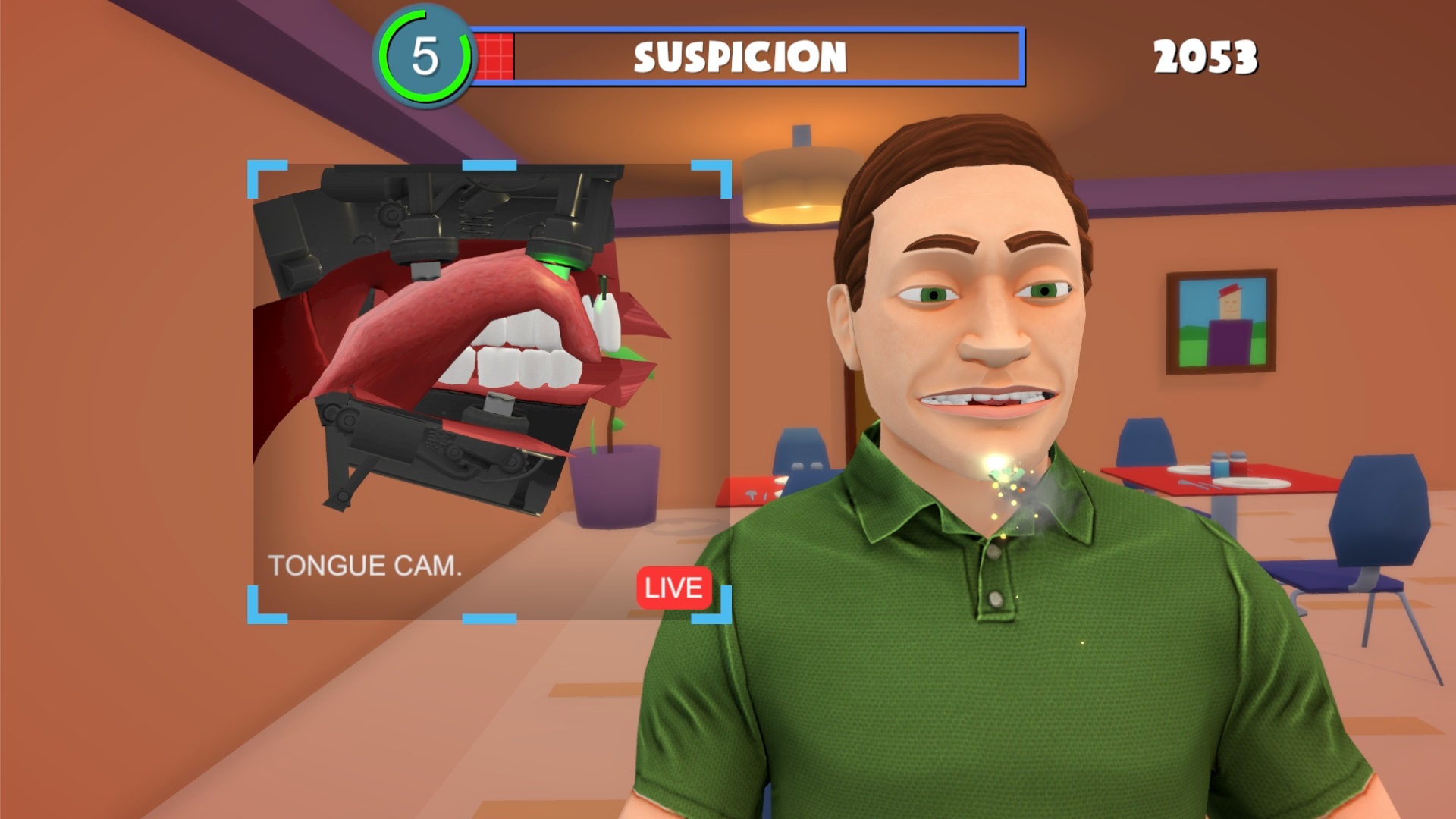 After getting the ability to smile and frown, the player takes the bot for a job interview. While the added layer of the controls did complicate things, I was still able to get hired without too much trouble. Then we tacked on the ability to raise and lower the eyebrows. In the next scene, the robot was berating/trying to motivate a subordinate as the lackey was on the toilet. Sadly, this didn’t seem to be far-fetched. With the need to enunciate, hit the buttons in the mouth, smile and frown, and operate the eyebrows properly, the game became a real challenge.

Through this last conversation, an overextended tongue knocked out pretty much all of the android’s teeth, spitting them on the bathroom floor. The tongue also had a habit of getting tied in the back of the throat. Mistakes caused ears to pop, the nose to dislocate from above the mouth and swing up towards the eyes on a hinge, lips to begin tearing, oil to drip from various orifices and smoke to begin billowing. All the while, I managed to pass the checks juuuuust well enough to keep my conversational partner from growing suspicious. It was such a bizarre, surreal experience that genuine onlookers and myself marveled in genuine laughter. 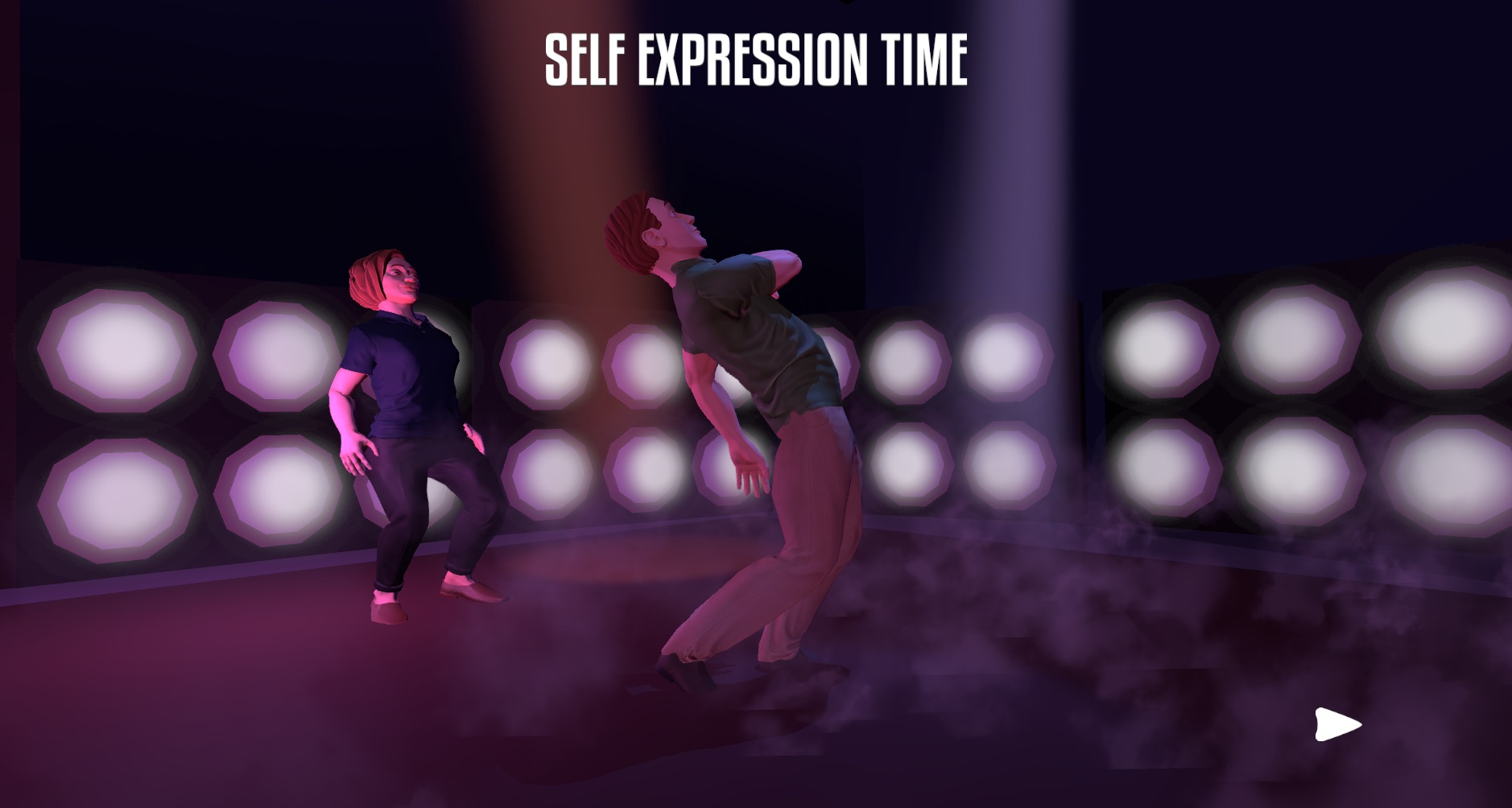 Speaking Simulator shouldn’t work. It just shouldn’t. The “hard to control simulator” has been done too often before. It does work, though, and quite well. The conversations are funny and clever, the effects for failure are over the top. With the scoring element in play, and the ability to add to the score by making the game more difficult, there is an actual game to be had as people compete to top each other for fun and bragging rights. It’ll be hitting extremely soon on PC/Mac as well as the Switch. It comes highly recommended by this 100% Actual Human and not an android bent on world domination.