There are games in the world intended to elicit feelings of goodwill to your fellow denizens of the planet. Those that explore the nature of kindness and friendship, with a focus on empathy and care. Swapette Showdown is not that. Despite the brightly-colored wrappings, focus on pink and bounty of magical schoolgirls, 3D Generation’s competitive puzzler is brutal and mean in the best ways. It’s cheerful, fun and could very well ruin relationships with the dastardly tricks that players can pull on each other.

At the base level, this is a simple puzzle game. Colored tiles scroll up from the bottom of a well and players scramble to match them to keep the tiles from reaching the top. Facing off with other players, or the AI, making combos drops garbage pieces on the opponent they they’ll need to handle, and hopefully, eliminate. Not to be dismissive, but concept is nothing new on the face of it. What makes this stand out is the different characters and how they work, adding an incredible amount of depth. 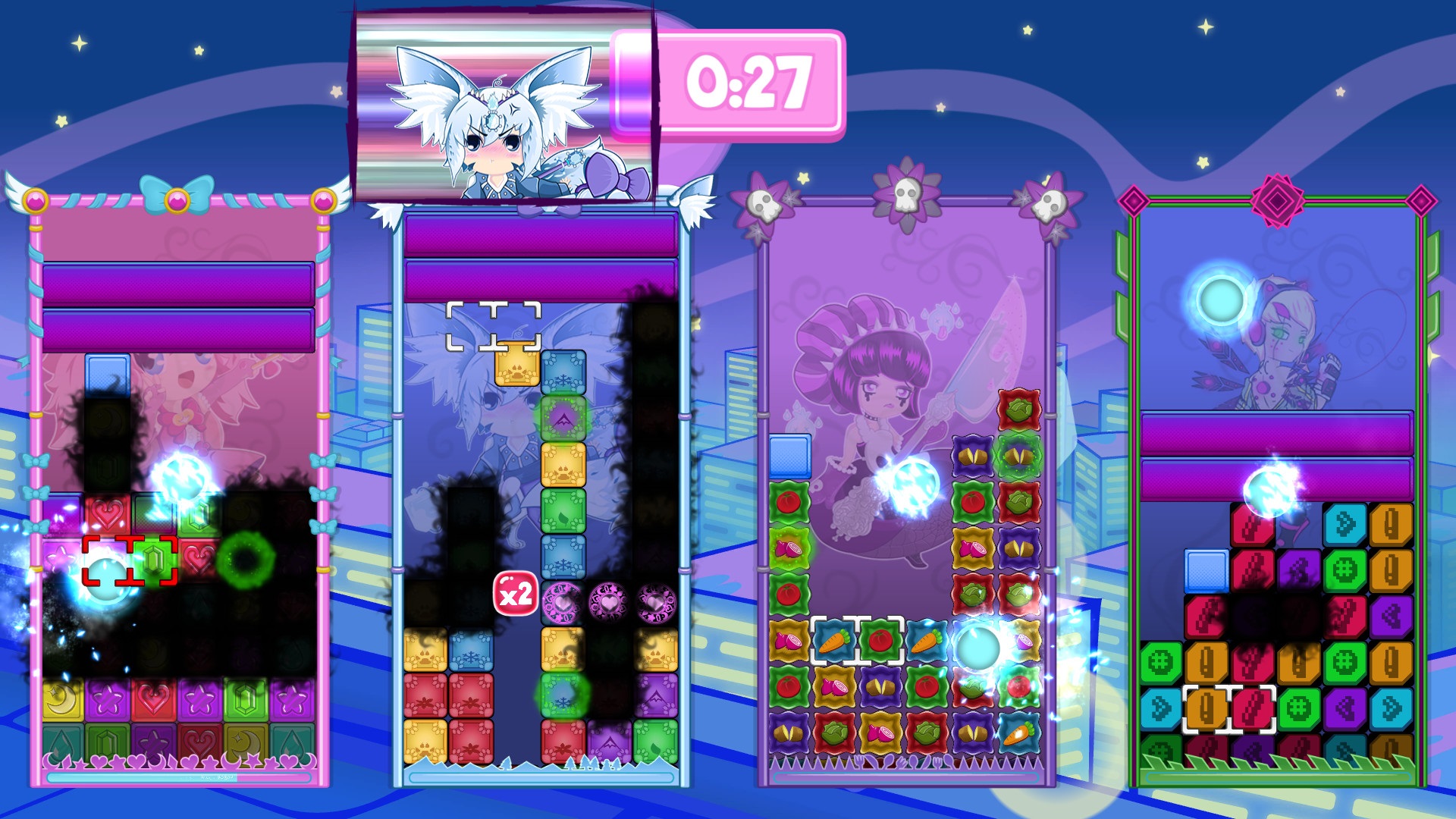 For example, most characters swap tiles one space horizontally with each other, one switching left to right and vice versa. Others, though, can rotate a block of four tiles. While the simple switch mechanic is easier to use, players who can wrap their heads around the rotational swap have a more opportunities to wreak havoc on an opponent’s board. On top of this, matching titles build up a special meter, allowing for devastating special attacks to be even more dastardly. The bountiful options give this simple puzzler plenty of meat.

What really sells this, though, is the inclusive nature. It’s simple, so anyone can pick it up and become reasonably competent in relatively short order. There are no arcane rules to learn; this is extremely understandable. There is also, however, a sky high skill ceiling that invites the player to invest the time to learn which character works the best for them, how to effectively chain combos, and when to trigger a special move. This is a title that feels tailor made for high level tournament play because the developer is making it accessible to everyone. 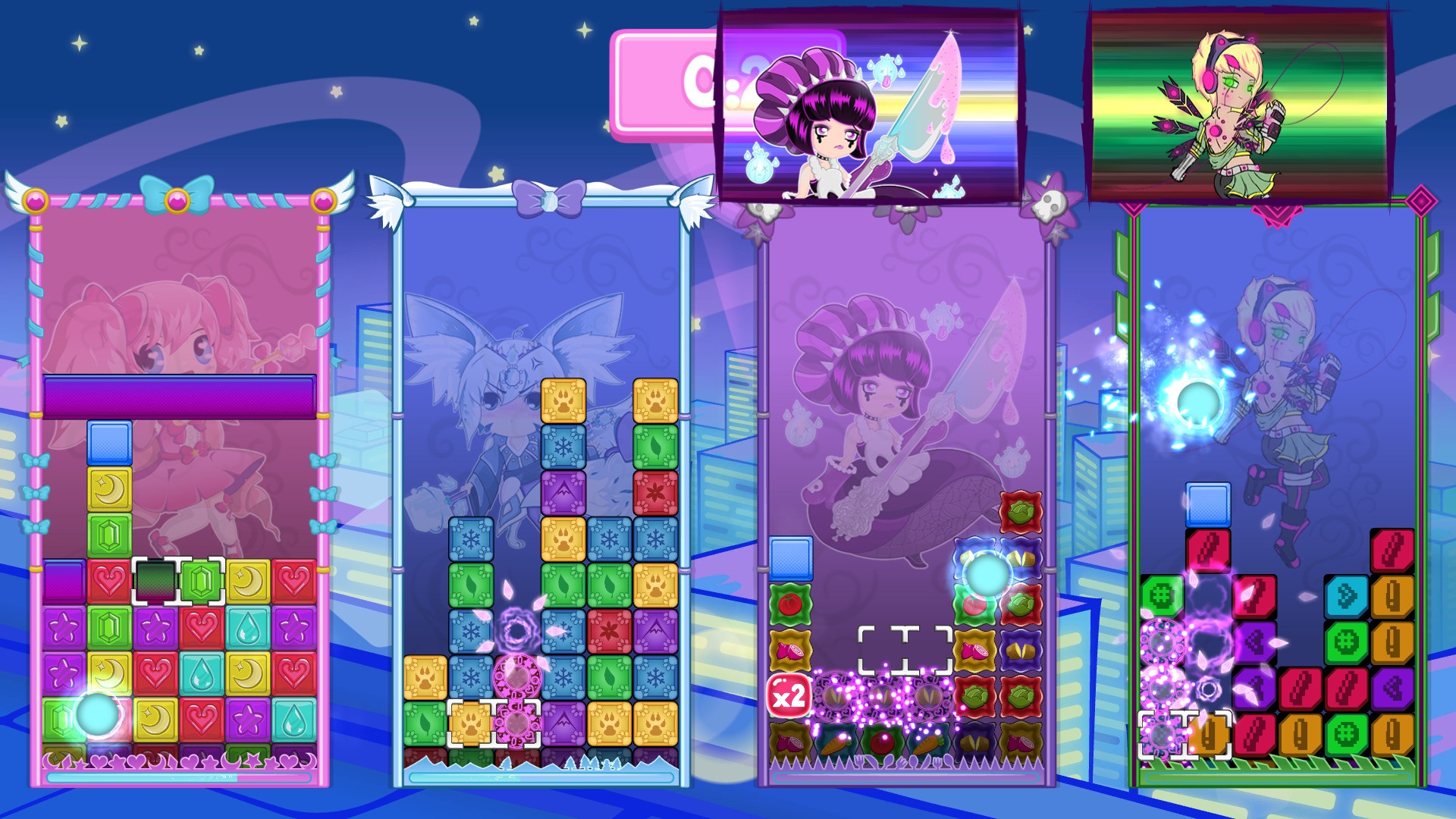 It’s because of this simplicity, and the pink aesthetic, that one can envision relationships being ruined. As a dyed-in-the-wool gamer who’s been at this since the NES days, the appearance lulled me into a false sense of security that I would be able to dominate all comers when I picked up the controller. I saw what this game had to offer and was ready to use it to share delicious servings of wreckage on my opponents. Then I was repeatedly destroyed by some eight-year-old kid at the booth. To be fair, it was a series of four player matches, and the little dude wrecked everybody’s day, but this kid became my nemesis. I kept trying and trying, but wasn’t able to best them even once. That was a level of humiliation that has me itching to keep working at it.

All joking aside, the best puzzle games out there need to be simple but offer depth. Swapette Showdown pulls this off with an overly saccharine charm that leaves the player wanting more. It’s set to hit Steam later this year. Depending on how that turns out, other platforms could happen. The developer is more interested in getting the game perfectly tuned and launched on PC before setting their sights elsewhere. Here’s hoping this does well, because this is a game that deserves attention.