The Just Cause series is known for its open sand boxes and freedom to explore, destroy and do all manner of crazy things. While there’s a plenty enjoyable story to follow, there’s so much that can be done outside of it that it makes for a crazy experience every time. Just Cause 3 saw some of the biggest advancements for the series that added in new grapples to hook things together and a wingsuit to make flying around all the more fun. With all that it added, however, Just Cause 4 is planning on stepping it all up another notch.

A big new aspect of Just Cause 4 is the weather mechanics. This includes the giant tornado that rages throughout the island, causing destruction in its wake. Players will have to fight not just against the Black Hand, but mother nature herself. It can be used offensively if planned right, such as luring enemy helicopters into a lightning storm and watching them get struck as the highest object in the area. Rico also gains access to an entirely new weapon, a gun that produces incredibly powerful gusts of wind. This ties into the new wind mechanics which heavily influence gameplay this time around and using them to knock enemies or vehicles around will make for crazy outcomes along the way. 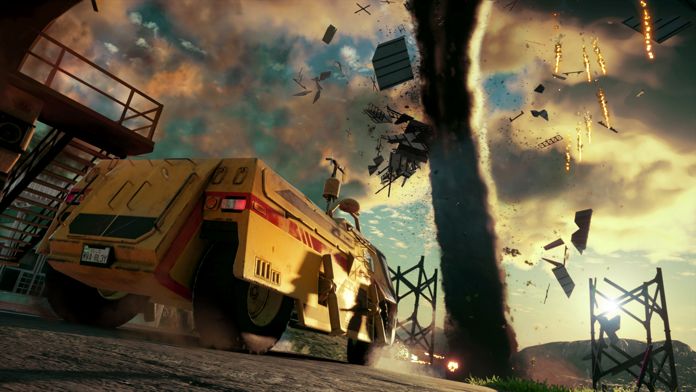 There are four biomes that Rico will explore throughout his adventure, complete with a fully-functioning river system. This river supports full buoyancy and Rico can wash away any of his worries or use it to float away undetected if needed. Rico is also able to recruit people to his group, known as the army of chaos, in order to get stronger in the fight against the black hand. The new drop system allows Rico to select one of his allies he’s recruited to deliver items when needed, be it a vehicle or weapon on the fly. Not one this, but Just Cause 4 adds in loads of new items of every type to really mix up just how crazy the variety really is. In a nice touch, any weapon or vehicle that Rico gets his hands on will get a special coat of paint representing his army of chaos when it’s delivered. This is to cover up the unsightly look of the black hand’s vehicles.

There have been a couple big changes to Rico’s grapple to help him go crazy. He can attach more to items than before to make for chaotic masterpieces and even build three different load outs for abilities. There are two new types of grapple with the first being a booster, which appropriately rocket boosts things away. The second is the air lift, which puts large balloons on attached items that will pull nearly anything up that isn’t solidly in the ground. These can be combined for a floating, boosting vehicle or any other type of object and can even be set to follow behind Rico as he travels. 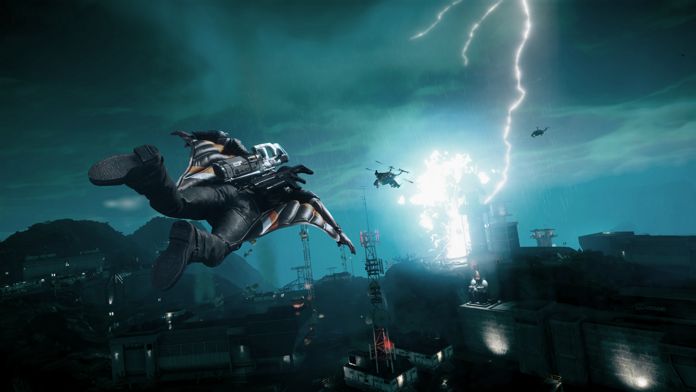 It comes as no surprise that Just Cause 4 is everything players loved about the previous games, while also adding an obscene amount of new ways to experience the world. Simple destruction is just the beginning, as there’s so many ways to take on every challenge that Just Cause 4 might be one of the craziest sandboxes around. With all new weather mechanics to add a little more spontaneous gameplay and a wide variety of new toys to pull out and try, Just Cause 4 is filled with a little something for everyone to try out. Players can get ready to gear up and take on the Black Hand as their favorite chaos-bringer Rico when Just Cause 4 launches on December 4.