It’s been five years since there has been en entirely new Devil May Cry entry for players to enjoy. Although in the time between 2013 and now players have gotten their fair share of remasters, definitive editions and even collections, nothing beats the sheer excitement that Devil May Cry 5 received when it was revealed. There have been mixed receptions towards entries in the series here and there, but Devil May Cry 5 seems to dive into what made it so fun at its core, while also inviting new players to try it out and give demon killing a whirl.

While there’s not much known about the story just yet, Nero takes center stage in fighting against the endless onslaught of demons with a crew of friends to help him out along the way. For the most part he handles things well on his own, but during certain segments can call for backup when needed. Levels progress in a linear fashion with limited exploration to keep everything moving at a consistently fast pace. The main city that has been shown off is filled with wonderful details and destruction, showing off just how terrifying demons can be to the normal person. Fortunately, a group of not as normal people are there to help put a stop them. 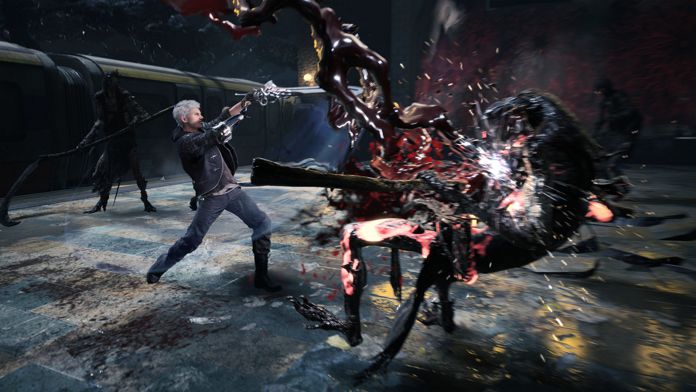 Combat in Devil May Cry 5 feels incredibly connected, as there’s never a slow moment. The main methods of attack are with Nero’s sword or gun in addition to being able to use his new robotic arm. This arm can be launched off to deal great damage, and various replacements will be found as drops throughout levels. Chaining together attacks is quick and easy, especially with Nero being able to quickly grab smaller enemies from a distance in order to drag them closer, or pull himself near larger monsters. The action keeps going nearly nonstop, with connecting shots and hits making for a satisfying combos every time. In a nice touch, the music will pick up and get steadily more intense as style increases throughout combat. As fights can vary in length, this is an awesome way to push players into getting max style points in order to really jam out while playing.

Overall dialogue and characters are enjoyable to watch, with Nero being a cocky fighter who knows he’s strong and isn’t afraid to flaunt it. He looks down on monsters, straight up belittling a boss and makes for some quirky hilarious dialogue. Devil May Cry 5 doesn’t take itself too seriously, and at least so far feels quick, to the point and easy to enjoy without being too heavily weighed down with the plot so far. While the story does pick itself up where previous titles left off, Devil May Cry 5 seems approachable to newcomers with an easy combo system that’s quick to pick up and learn or can be changed to a more traditional setup for returning players. 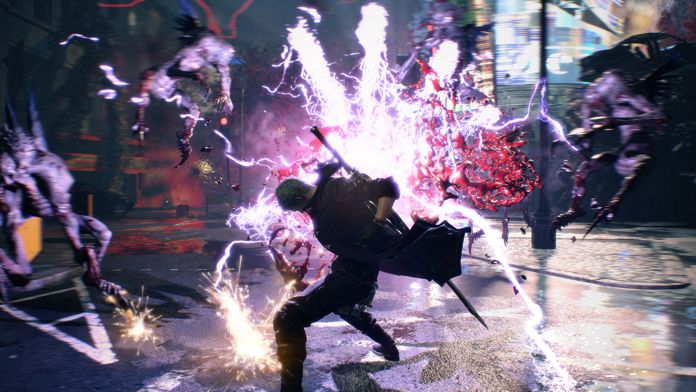 Whether returning to the series or simply gaining interest in it now, Devil May Cry 5 is ready to take players on a wild ride through hell and back. With smooth gameplay and satisfying combat, it manages to be approachable from all aspects and make everything just feel great. While it’s still a ways off from release, Devil May Cry 5 is the next step branching out and taking the series to a new and returning audience ready to hop on and tear down everything in their path. Those who can’t wait to hack and slash their way through every last demon in their path can look forward to picking up Devil May Cry 5 on March 8 next year.