At one point or another, everyone has had fleeting thoughts of traveling to space. It’s so distant, so mysterious, and it just sounds like it’s the ideal trip to make at least once in a lifetime. While we humans might not be fully prepared to spread out and live on other planets yet, the Kerbals are more than ready. That is, assuming they can get a working ship to get them off the planet in one piece.

Kerbal Space Program is a wacky, yet detailed look at space travel. The first entry in the series tasked players with one simple idea; make a spacecraft to get them off the planet. It sounds easy at first, and then 500 exploded ships later, there’s a solid lift off that feels like it will go all the way out into space at last. Whether or not players really made it all the way, there’s plenty of different ways to build ships and get the Kerbals off the ground. Since this is the sequel, however, there’s plenty more to dive into than ever before. 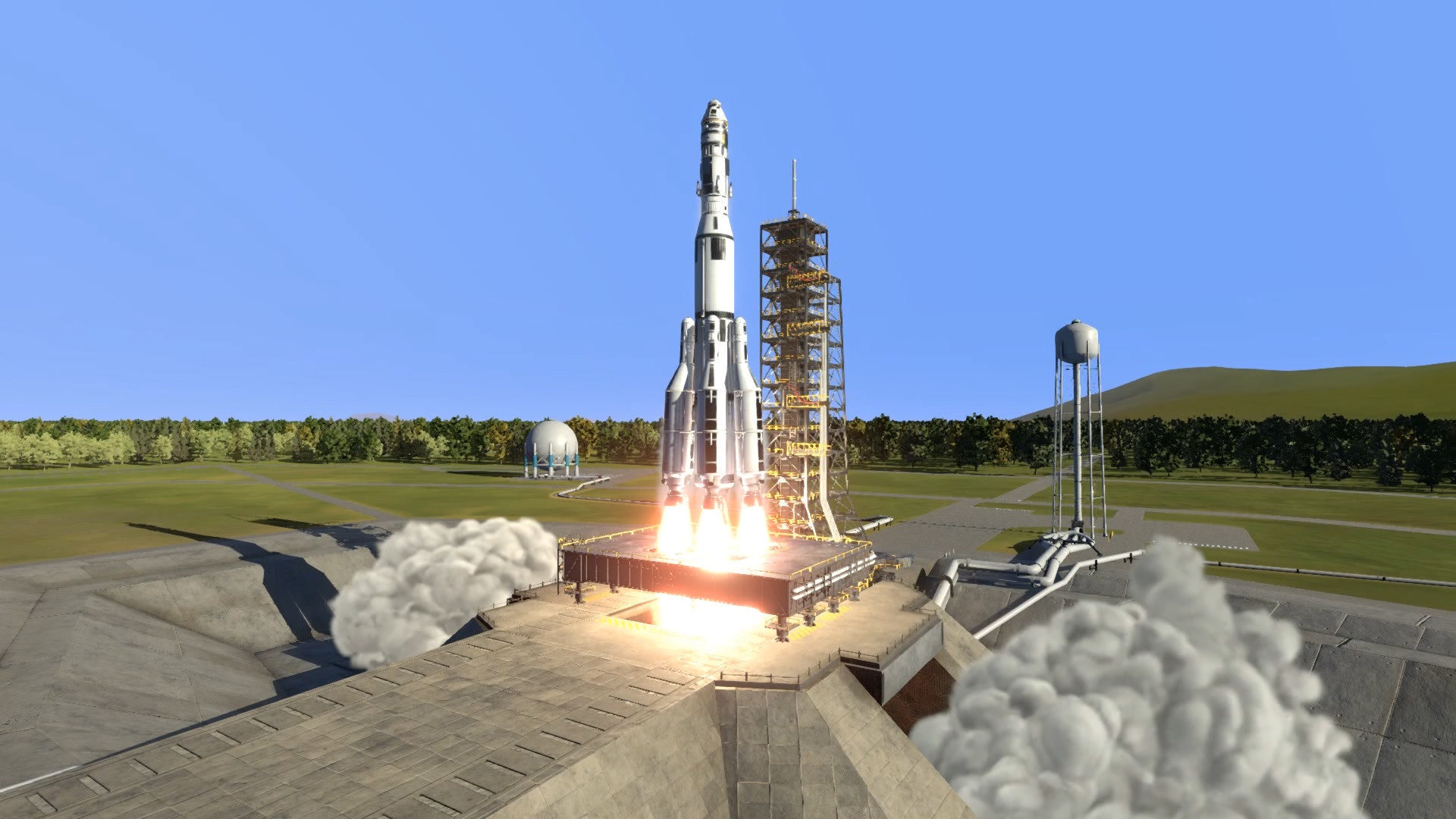 The goal of the first Kerbal Space Program was getting to space and making a solid landing on the moon if they’re lucky. That in itself was a serious feat without turning to looking up the perfect ship to make. This time around players have a lot more options not just for their ship, but where they can go. The moon is just one step to the next big thing. Once players have made a landing on the moon they can decide to build a base, and assuming it stays in one piece, take another chance launching their next ship on to the next planet. If that’s not enough, players can make fantastic floating space bases and do their best to make ships to freely explore space.

A big draw of Kerbal is creating and the sequel is doing everything in its power to make it easier for players to grasp the basics. The building is also greatly improved to allow more accurate and consistent placement since every single part can make a major difference in how a vehicle flies. There are also more guides to teach players the basic of understanding how to make sure their craft has everything it needs to at least get the rockets fired up.

Kerbal Space Program is a series about creativity, science and cool explosions. The sequel brings a wider variety of things to do with more parts, planets, vehicles to build and tons of more time to spend coming up with crazy contraptions. There’s nothing as impressively detailed when it comes to building rockets in a video game and Kerbal Space Program 2 decided to take it one step further by giving players the option and power at their fingertips to amp up their creative juices. The Kerbals have a lot of work to do if they want to get things in gear. Fortunately it’s not too far off, with the planned release date being next year for PC, PS4 and Xbox One.