How does one go about transcribing a ten-minute experience into something that gives off the impression this is something to look forward to? Superliminal — once referred to as Museum of Simulation Technology — has been, at the very least, public knowledge for more than six years when its first tech demo rendition was first demonstrated. For a game to have been in development that long, you’d think there’d be something more substantial to show. Something that lasts a bit longer than ten minutes — ten minutes in which I’m not even at liberty to discuss/reveal a select number of puzzles towards the demo’s end, here. The build on offer isn’t substantial, nor is it one that offers any more proof that developer Pillow Castle Games are showcasing an actual segment of the retail release — rather than but another “vertical slice” of what players should expect from the gameplay/presentation on show. Even so, Superliminal‘s prime gimmick of perspective-based puzzle-solving and the knack of finding that correct point so as to progress onward is intriguing nonetheless.

Part of the appeal is how specifically this major mechanic functions when you find yourself darting into but the latest walled-off, cubicle-like installment Superliminal more than borrows from first-person staples Portal and The Stanley Parable alike. Admittedly, that quirky, not-quite-deadpan writing style and suggestion of wacky experiments and meta-analytical jargon is neither original nor enticing in its current state. Fortunately, Superliminal‘s narrative leanings — its allusion to the player-character caught (voluntarily perhaps) in some dream-world test experiment — are momentary, barely worth the focus for those simply looking for a pleasant assortment of puzzles. And the puzzles on offer here, brief this demo is, give weight to the argument that Pillow Castle are onto something here. 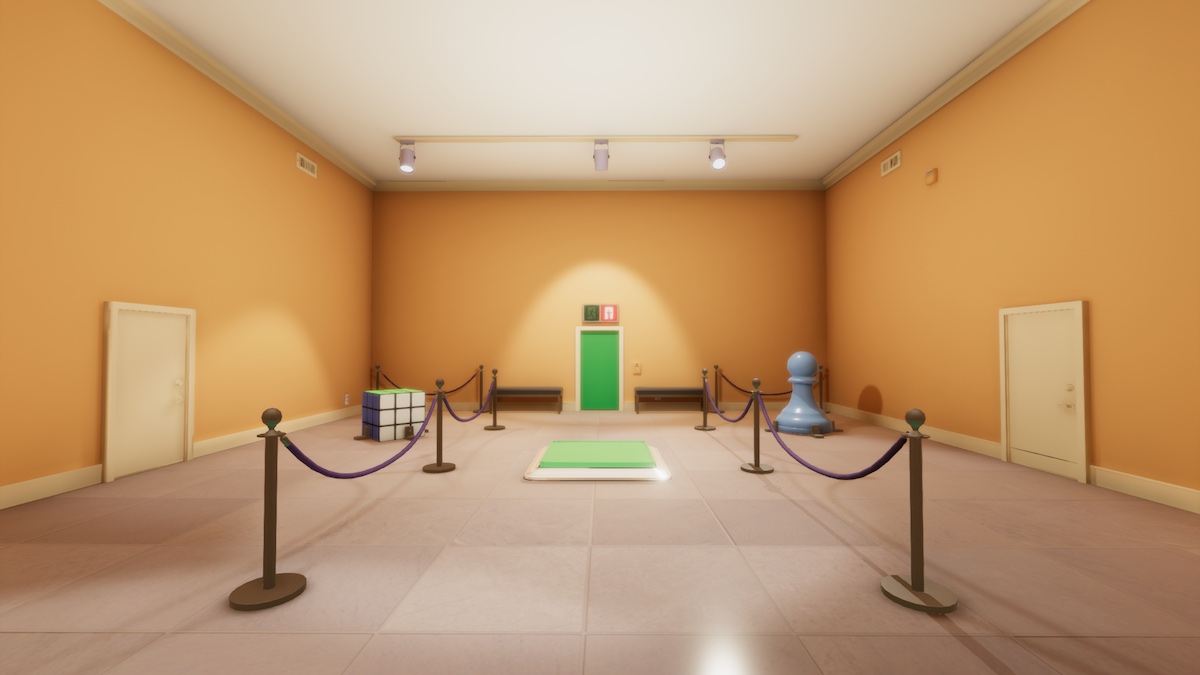 The main gist of Superliminal‘s task lies in interacting with the objects at one’s disposal so as to reach the required exit. As it demonstrates early on without even requiring a puzzle to crack, by grabbing hold of an object, say a chess piece or simply a toy block, depending on where you initiate that interaction and when you place that object back down, the displacement of size on that object will become reality. Have it so that a block looks big next to a door…and just like that, it is. Narrow in on a part of the floor directly below you and before long, that object to shrink to nothing more than a few inches in diameter. Superliminal‘s gimmick, enticing it may be to simply muck round with the toys on show (literally in some scenarios), is not without the smart design principle in place to guide (but more importantly, not assist) players to the desired solution.

Whether it’s the multiple pitches the game generates to signify how small/large your object becomes — high-pitch for those that are tiny, low-pitch for those that are now enormous, wall-high masses — or the way placement/positioning has been somewhat alleviated to avoid puzzles becoming finicky nuisances, while this decisions may seem inconsequential, they do help along the way. Particularly when you get to certain puzzles — one example being having to grow a triangular block so as to build a ramp up to the exit — and you find yourself selecting/deselecting objects multiple times in an attempt to find that one-and-only spot where perspective and placement are the key in working out the solution. Yes there is an element of trial-and-error, naturally, and while it may seem that the game’s rendition of such is somehow encroaching, forcing some road-block in place to better stretch the run-time out, Superliminal rides this out reasonably well enough for the actual puzzle-solving to feel entertaining, but stimulating too. 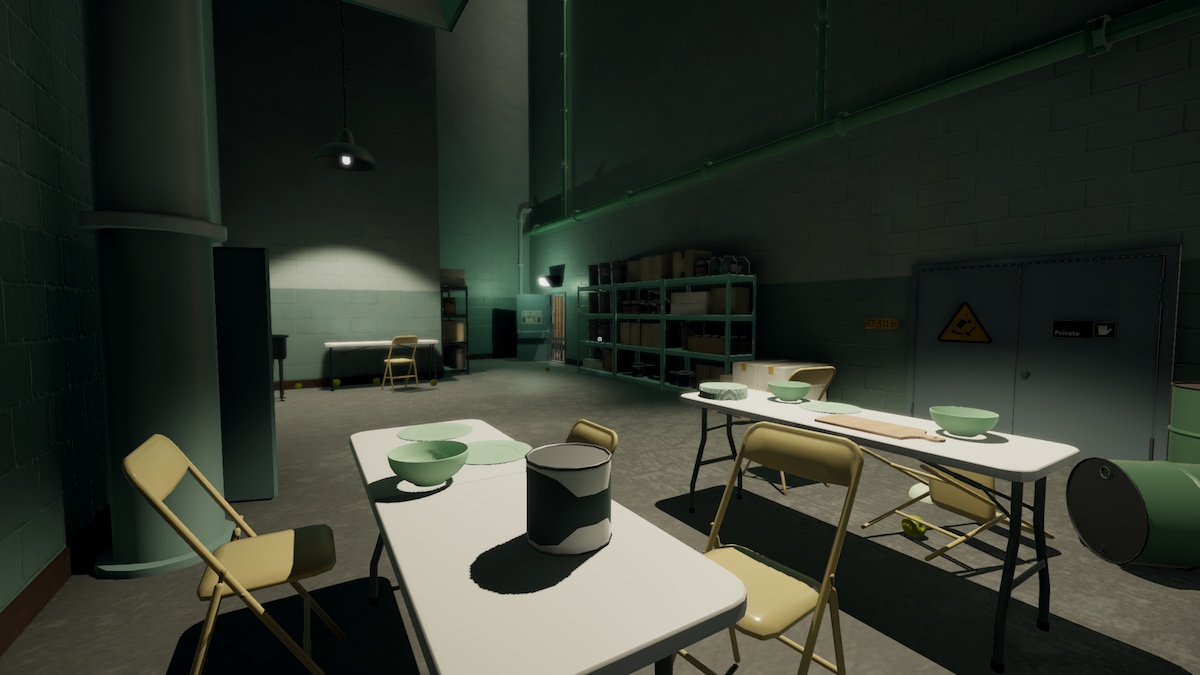 Without spoiling much of the latter stand-alone puzzles offered up here, it’s clear there’s a potential in place for Superliminal to incorporate far more cause-and-effect attributes other than the primary perspective interactions in place. Suggestions of how physics and momentum for example are present; again, this isn’t something other first-person puzzles haven’t incorporated — particularly when it comes to racking up the difficulty of their own core gameplay mechanic/gimmick — but at the very least, Superliminal‘s radical nature, the sudden ability to mess with size and perhaps weight too, of objects — could very well lead to some Pandora’s box of wacky puzzle possibilities. It’s one the developers claim they are keeping under-wraps, the claim that there are other ideas/mechanics of which we have not seen yet.

One hopes that the nature of perspective here is a jumping-off point rather than the loop with which players must repetitively stride through over the game’s length. Should the former sentiment turn out to be true however, then there’s no doubt Superliminal has uncovered something that could elevate it beyond most first-person efforts. The advent and creation of portals may have been a fun investment, so too the seemingly-monotonous action of drawing lines a far more immersive mechanic than initially perceived, but if the very nature of space and perspective can also find a way to come off radical and engrossing as these genre entries prior, then Superliminal should have all the rights to be proclaimed the next great puzzle entry. In the meantime that wishful thinking is exactly that — the risk being that the reliance on mere perspective gets too stale or that the game shows an unwillingness to evoke a simple joy of experimentation and variety of solutions. Then there’s a way to weave the narrative into place — or perhaps simply have it that it doesn’t become too vital an element that it risks deterring players from enjoying the core gameplay on show. Even so, what was played of the demo build here, could signal the start of something highly entertaining from Pillow Castle Games.