We were invited to Final Fantasy XIV: Endwalker’s media tour to test out the latest jobs, go through a dungeon and explore a couple areas, and were left generally impressed with what the development team has been able to do with the existing classes. There’s so much to be found just in this small slice of the upcoming expansion, from the marvelous locations to smaller things such as what your character menu looks like without a belt — which looks bizarre considering the left side is now asymmetrical.

It should be stated what we got to play was an in-development build of Final Fantasy XIV: Endwalker and content in the final version is subjected to change. That means we’ll be trying to avoid talking too much about potency numbers. With that said, there are some adjustments that are so great that we can’t just help bring them up.

Thavnair was far more beautiful than I originally thought it would be. Obviously, Square has created gorgeous areas in the past, but the multi-colored hilltops and mountains weren’t something I thought I would enjoy. Obviously, there are still areas that don’t look the best in certain lighting, but overall, there’s a good portion of the map that had me in awe, especially when you have a clear view of the city and its beautiful Indian-inspired architecture. Garlemald, on the other hand, is on the complete opposite spectrum. While Thavnair is this beautiful vista full of life, Garlemald is void of anything and completely destroyed. Considering the events that are transpiring in the story, it’s not too surprising, but traversing the far more advanced yet devastated part of the world feels tragic. It’s actually good we have something like this. Every area in Shadowbringers had beautiful, luscious terrain that left you in admiration. This brings us back to reality that we are fighting a war, and sometimes those lead to atrocities against the masses. But at the very least this is the first snowy area since Heavensward, which is always a plus. 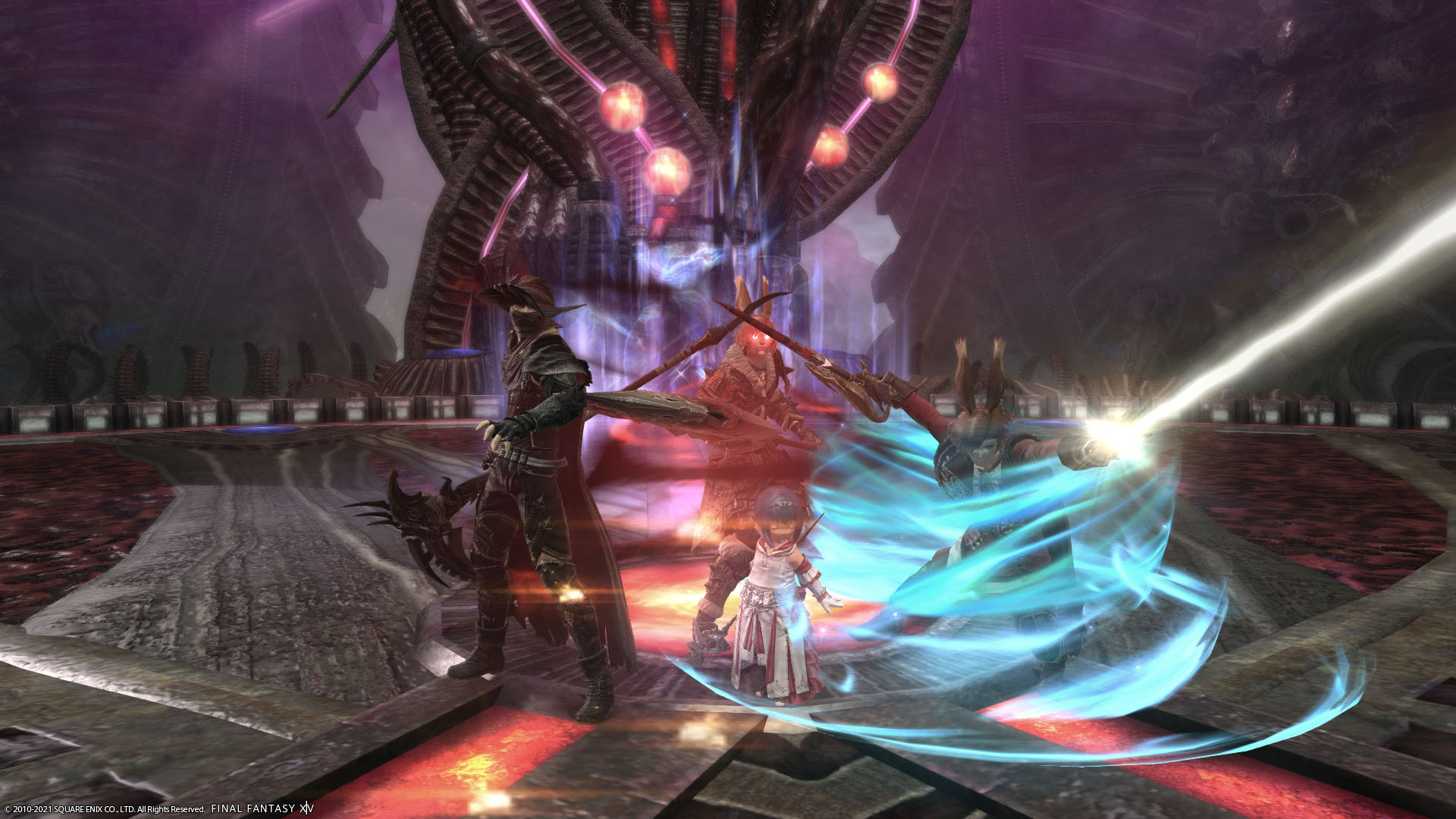 Finally, we were able to explore the hub area of Old Sharlayan. We always heard wondrous things about this locale, and even got a peek at it in Heavensward with the abandoned settlement of Idyllshire, but now we get to appreciate it in all its glory. This is as alluring as we had hoped, with the sun glistening off the ocean on some days, and the slight snowfall on others. We even got to explore Alphinaud and Alisaie’s large estate. This might very well be the best hub area in the game, maybe even topping Kugane, although that is still a tall order. Being that all three locations are spread throughout the world, and the teleportation tax is now raising, this is going to really dig into our pockets, but at the very least we’re getting a wide selection.

We also got to try out a brand new dungeon called Tower of Zot, which is essentially that giant spire of dark and brooding environments. The mobs were more or less what we’ve come to expect, although there were throwbacks to Final Fantasy XI monsters. The bosses on the other hand, especially the first, had rather unique mechanics. It would perform one elemental action and have you remember what it does before being used on delay. It took my group a couple tries to get it down only because getting hit with two or more of these mechanics would end in death. The bosses were yet another throwback to Final Fantasy IV, something this expansion seems very keen on, with the final encounter facing off against three familiar faces. With that said, I actually was not a huge fan of this dungeon. Maybe it’s because we were spoiled with Dohn Mheg during the Shadowbringers Media Tour, it being such a spectacle, but Tower of Zot doesn’t have that magic. It’s not that it’s dark and dreary because that perfectly conveys the tone of this expansion, it’s that nothing that actually happens. Granted, this can change when the game comes out, but our experience did not leave the best possible first impressions.

Despite getting seven hours of play time with the build, we feel like there’s much more the expansion has to offer. Only a third of the areas, one of the five (or more) dungeons and areas void of actual meaningful content other than taking down Hunt bosses — which was an absolute thrill to do, if this is any indication of Final Fantasy XIV: Endwalker’s quality, we barely can contain ourselves. While we weren’t overly keen on the new dungeon, so much of what we got to experience was a joy, same with a lot of the new job adjustments, most of which are being in evolutionary directions.