The technical side of Assassin’s Creed has always been its strongest element. With powerful new console hardware at their immediate behest, Ubisoft are dropping the subtlety and making Assassin’s Creed Unity a monolithic statement. The crowds in Unity are enormous; each individual citizen moves independently, leaving ample opportunity to blend in and explore undetected. You truly feel like you’re involved in a bustling metropolis, experiencing all of the turmoil that the French Revolution was known for. By far, this is where Assassin’s Creed Unity is at its most promising, dwarfing the technical awe of its predecessors.

One of the best upgrades that the new hardware has brought to the series is the integrated city. Interior and exterior environments are seamlessly linked; you can dive into an open window and rush into a crowded dinner party without a loading time to speak of. To complement the naturally linked environment, the new Parkour elements deliver a surprising amount of control to the navigation. Parkour Up and Parkour Down allow total command of where you want to go while climbing, making the exploration much less segregated between high and low planes. Like the integrated city, the whole world feels much more organic when you’re not limited to jumping into a pile of hay as a descent. Add that with dynamic events like random fistfights and it’s clear that Ubisoft wants to make this world come alive like no other Assassin’s Creed game has before.

The co-op play remains a crucial element with Unity. Players can coordinate missions with other players, which can make infiltrating a packed base or distracting a large crowd much more multi-faceted. The game’s missions feel tight and balanced, with options galore between single and multiplayer play sessions. Ubisoft has confidently presented the co-op play as an integral part of the series, and with every new bit of gameplay shown, their vision sounds more and more interesting. 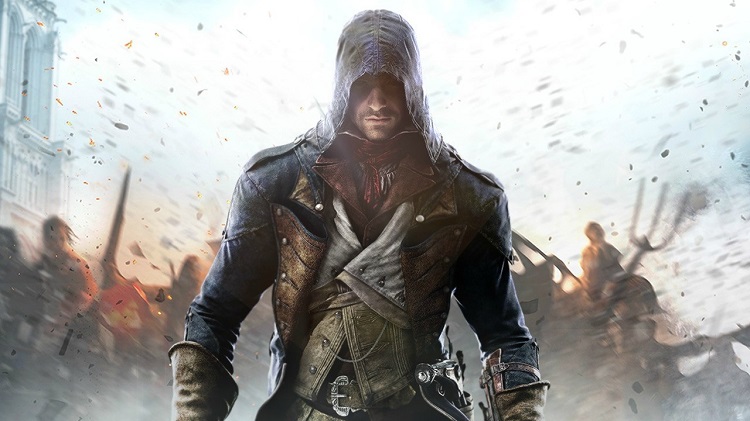 With a packed release schedule with the Assassin’s Creed series alone, Ubisoft have a lot to prove with Assassin’s Creed Unity, but with every step towards launch, the game is shedding another layer of tedious retreading and delivering what could possibly be the best Assassin’s Creed game yet. A stellar showcase of technical power, Unity is a beast; exciting, dynamic and fully alive, its world feels cohesive without any obnoxious load times to pester anxious gamers. It feels tuned and tightly wrapped, all while providing ample activities and a controlled navigation system. Don’t let the sequelitis get you down: Assassin’s Creed Unity is one hell of statement for the series, Ubisoft and next-gen gaming as a whole. Keep your Eagle Vision tuned to Assassin’s Creed Unity when it hits PS4, Xbox One, and PC on November 11.