The Atelier series is an old one. How old? Well, its newest title will be its nineteenth entry and will also mark the series’ twentieth anniversary. This of course begs the question of what exactly these games are all about. The short version is that they center around the item vendors in most RPGs who happily offer their wares to both townsperson and gallant hero alike. Games in this series explore the everyday lives of these characters; exploring where they get their ingredients and revealing how they create the products they sell. It’s the original item-crafting RPG series and one that doesn’t have an inconsiderable following considering how long it’s lasted.

The very first word that came to mind during the play-session was: “charming.” It wouldn’t be too much of a stretch to say that the game is defined by this word. The story is charming, following the titular Lydie and Suelle as they strive to run the best atelier (item shop) in the kingdom. That’s really all there is to it. No trying to save the world/country/planet/dimension from some unspeakable evil. No trying to get stronger in order to gain revenge or right a terrible wrong. It’s just two young people on a quest of personal growth in order to keep the promise they made to their deceased mother. There are neither stakes nor an implied race against the clock. It is perhaps one the most laid-back RPGs out there. The characters are charming. Most of the characters encountered in the game had at least one entertaining quirk to their behavior, and the earnest attitude of our two protagonists made them instantly likable. The world is charming. All the locations visited during our hands-on time had a bubbly and bright feeling to them. It’s almost dreamlike in how brightly colored the environments are. All told, this game was quick to inspire a genuine and lasting smile. 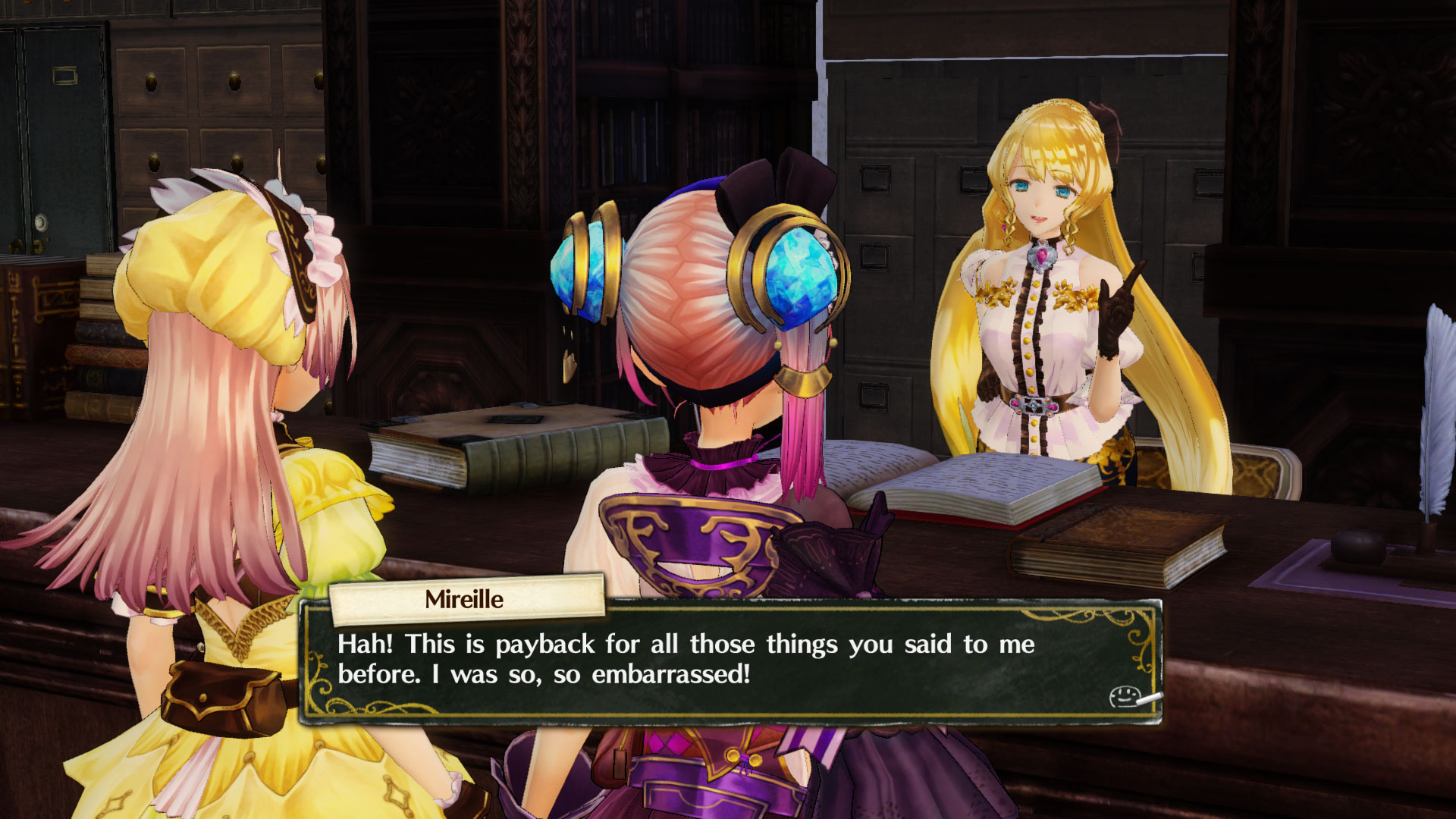 Gameplay-wise, Atelier has a standard JRPG foundation with a few proprietary modifications built upon it. As stated before, Lydie and Suelle are striving to be the best item crafters and run the top atelier in the kingdom, so much of the gameplay revolves around this. Many of the quests involve either gathering ingredients, concocting a type of item or some combination of the two. Gathering ingredients means going out in the world and collecting what one needs from both the environment and monsters. At the basic level, fighting monsters plays out more or less like it does in most other JRPGs. The combat is turn-based, different monsters have different weaknesses and players can use any combination of basic attacks, skills and items to defeat them. Where Atelier differs is in a couple of key details. Skills are aimed more at manipulating the enemy’s turn order than they are exploiting some manner of elemental weakness and items are much more important than they usually are. It comes off as a bit odd, but it fits since the whole game is about improving one’s item creation skills. Only the very beginning of the game was available to play, so determining the true depth of the combat will have to wait until the review.

There is a half-way decent chance that completionists will be turned-off by how Atelier’s quest, travel and crafting systems work. All of these operate on a time mechanic, meaning that many quests have expiration dates, and both travel and crafting cost varying measures of in-game time. Those who really want to do everything will have to plan out their actions carefully if they want to avoid missing something. Speaking of crafting, it was actually easy to do. It’s just a matter of selecting one’s ingredients and choosing to combine them. Menus can be sorted to the player’s preference and the game features a handy log that keeps track of recipes, their ingredients and all the properties/sources of those ingredients. As for questing, the game does a decent job of keeping the player informed about where they need to go and what they need to do, but it’s often up to the player to figure out exactly where to get new ingredients. 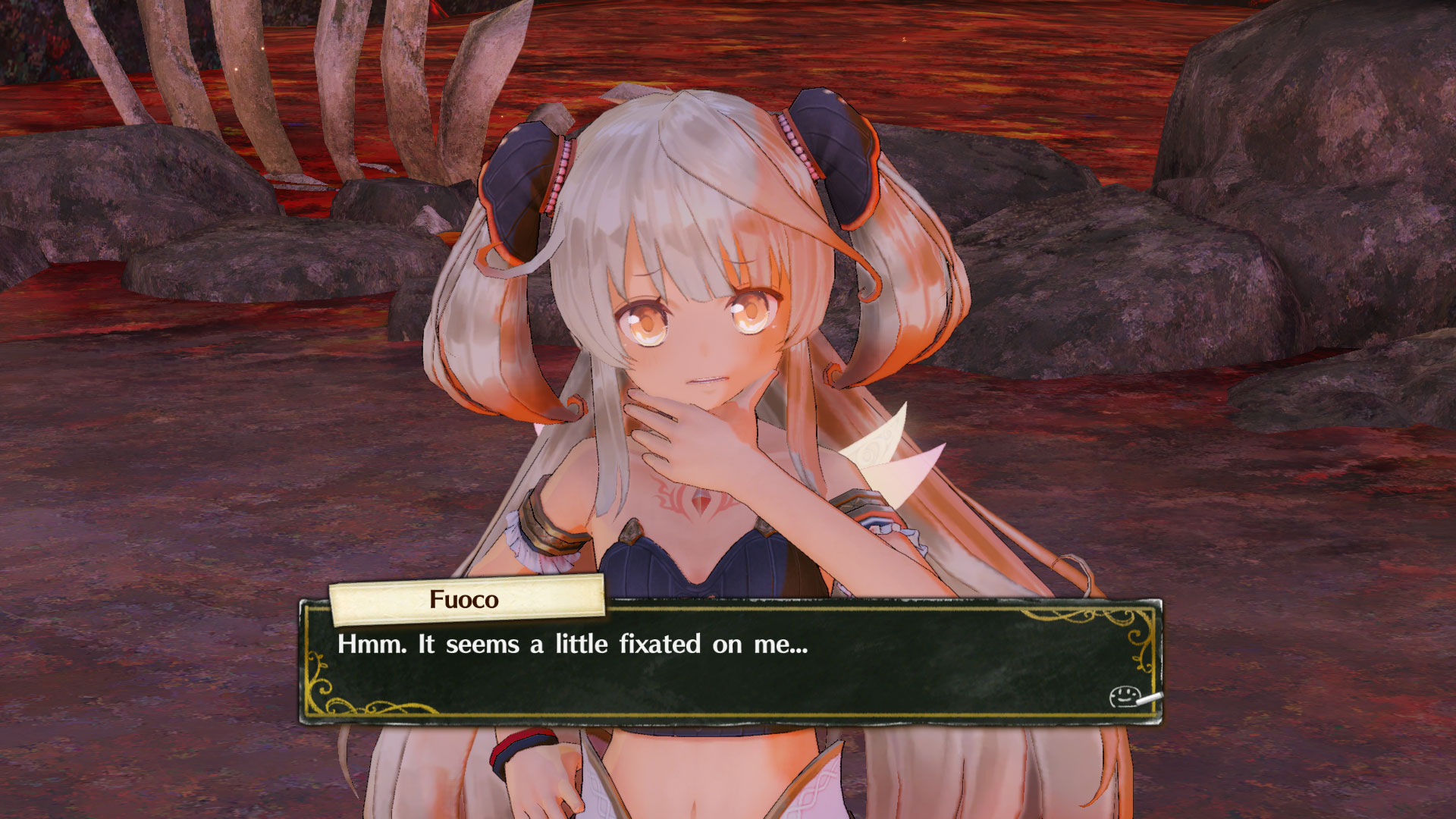 Overall, initial impressions of Atelier Lydie & Suelle: The Alchemists and the Mysterious Paintings are positive. It doesn’t seem different enough from its genre peers to win any new converts to the genre, but for those that already enjoy JRPGs, there’s enough novelty present to make it worth a look.

Atelier Lydie & Suelle: The Alchemists and the Mysterious Paintings will release on March 27 in North America and March 30 in Europe for PS4, Switch and PC.