This may possibly sound like heresy to some, but when playing Away: Journey to the Unexpected, my thoughts immediately went to a cross between Super Mario 64 and The Legend of Zelda. Considering this is a game being made by only two people – developers Aurelien Regard and Jim Gennisson (with publishing assistance from Playdius) – the fact that what they came up with brings to mind such a mix of two of Nintendo’s most famous games feels even more impressive. Even with a notable change in genre and setup, the spirit of classic adventures just seems to shine through in this colorful first-person game.

Away begins with a pretty simple story. An earthquake of sorts hits the area by the house belonging to you and your folks, you head downstairs to the basement to check it out, and then you unexpectedly (as the title says) find yourself emerging in an odd fantasy world, one where monsters are getting riled up due to construction by a local factory. So naturally, it’s up to you to head into the nearby dungeons to straighten things up, armed with nothing but a stick (at first, anyway) and a heroic attitude. Additional areas are unlocked by collecting stars, and new items can be purchased by traversing the dungeons and overworld in what feel like elements from an early collect-a-thon game, complete with simple yet fun platforming that’s actually pulled off quite nicely in first-person. 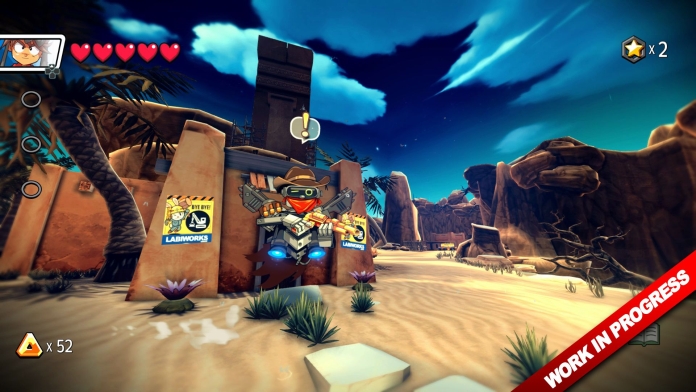 So the general collecting, platforming, and charming character designs feel like they have the DNA of a Mario platformer, but the dungeons do give off a bit more of a classic Zelda vibe. It’s standard stuff, advancing room by room as you take out enemies, but now with a bit of an FPS twist. Away also has roguelike elements and randomized dungeons as well, adding a bit of challenge. But also like in Zelda, it’s dangerous to go alone, so through various procedures and dialogue options, you can also recruit other characters to act as friends that you can switch between in battle. Each one brings their own unique power to the table (such as the ability to shoot projectiles), but the twist is that you have to view the game through their eyes now. So the elderly man’s cracked glasses now means a crack in your view is created, a sentient tree getting drunk off toxic runoff has blurred vision, and more. It’s definitely a fun twist that should become even more interesting as the cast evolves.

But while I have mentioned traces of Mario and Zelda in the game, that’s really just my own opinion concerning various aspects of the gameplay and style. In reality, a lot of the inspiration comes from ’90s anime and the silliness that came with it, and that feeling is definitely replicated immensely well here in Away. The blends of 2D artwork for each character and monster along with 3D backdrops and weapons makes for some eye-catching visuals indeed, immediately sucking you in. And there’s a quirky and cute sense of humor on display as well, from aforementioned drunk trees to clearly mutated construction workers attempting to convince you that everything is safe. It makes for a light-hearted and charming world, one definitely worth checking out. 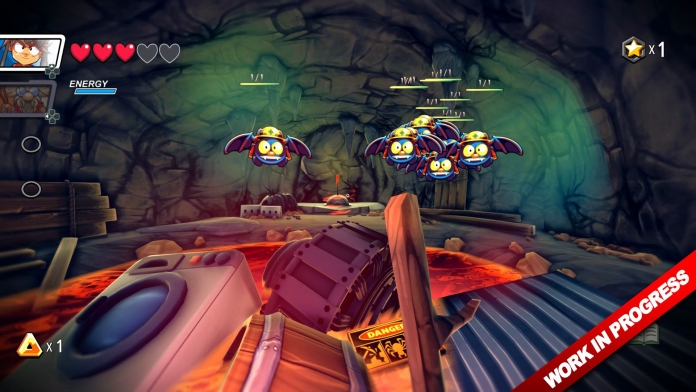 Maybe the rest of you won’t necessarily get the same Mario-meets-Zelda vibe that I somehow got from everything in Away: Journey to the Unexpected so far, but should definitely be able to get the feeling of a well-crafted action-adventure game, one with a lot of heart put into it and with a lot of life in its universe, from its visuals to its inhabitants. Away doesn’t have a release date yet, but it’s set to come out on all major platforms, so you won’t have an excuse to miss out on it.