The mid-to-late ’90s was a turning point for comic books. The speculator market collapsed, Marvel had gone bankrupt, events such as Deathmate killed entire companies and the desire for gritty heroes with Liefeldian proportions was gone. Out of the ashes of all of this, though, a desire for more creativity and variety in comics seemed to emerge, as exemplified by the success of a fantasy comic such as Battle Chasers. Created by then-white hot artist and writer Joe Madureira, the series debuted in 1998 and quickly became one the biggest comics on the market…before more than a few scheduling issues sadly left it unfinished (and leaving it more into the category of a cult hit these days). But finally, after a successful Kickstarter campaign, the crew is finally back in RPG form thanks to Battle Chasers: Nightwar (with new issues of the comic to follow) and so far it looks like this may indeed be one successful comeback.

The demo played featured a team consisting of the adventurous super-powered gauntlet-wearing girl Gully, cranky yet lovable old wizard Knolan, and sentient, peace-loving massive former war golem Calibretto (and I sadly know some asshole is going to call him a Bastion rip-off due to his behavior despite ‘Bretto predating the character by nearly two decades). Actually, all the characters were joined up, it’s just that you can only have three certain characters active during battle, and one traveling on the land to act as an avatar. In our mission to infiltrate a den of thieves, we could swap between one of the three characters to traverse it with, each able to use certain special abilities to get through the dungeon and score pre-emptive strikes on enemies. 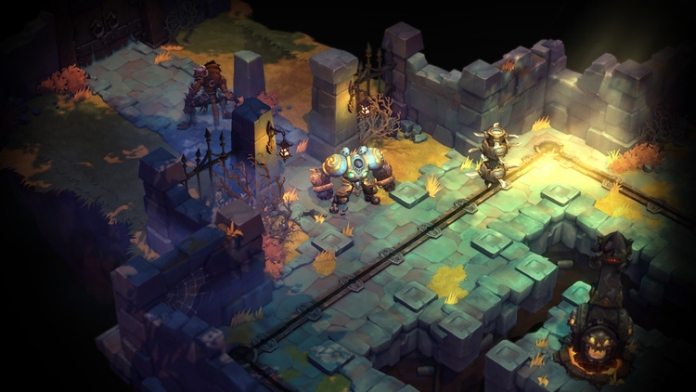 Unsurprisingly, battle makes up a good portion of Battle Chasers: Nightwar, and the combat is quite solid indeed. Aside from the standard turn-based setup with standard attacks, special abilities that use energy, and status effects that can be inflicted, there’s some notable strategy in being able to see the slightly randomized turn order on the screen, allowing you to consider which moves to possibly make in advance. Even more interesting are the Burst moves, which are executed with a meter that fills up during battle and is shared by the full group. Using one delivers a devastating attack (with a nifty cinematic), but as there are three levels to them, it’s up to you to decide whether to use one as soon as possible or save up for an even more powerful Burst move, one that could turn the tides if you handle it properly. So it all comes down to knowing the correct moment to strike, making for some traditional combat with a a bit of a fun twist.

As expected for a game coming from the likes of Joe Madureira, things are rather stunning in the graphics department. The randomly generated dungeons have a massive amount of detail in them, and each enemy is well-crafted with some impressive animations. Everything just pops with energy, making for a visual feast. About the only drawback with the game and its demo is that it was rather long, so we had to end before we could finish the current area and check out any impressive boss at the end, or get to experience the new hero, Alumon. But even this one dungeon itself was quite chock full of secrets to hunt for, lore to discover, and items to craft. It definitely suggests a nice and lengthy quest in the making. 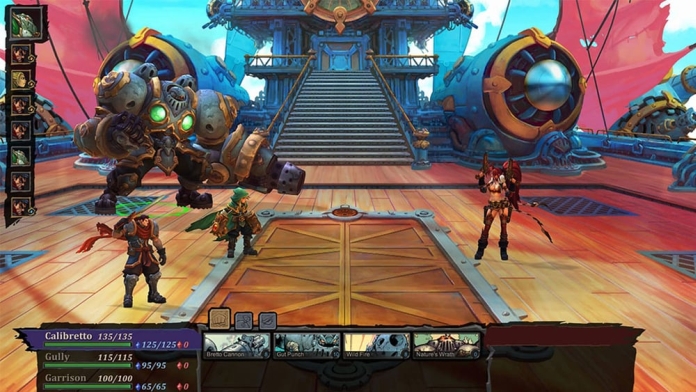 Battle Chasers: Nightwar not only has all of the makings of an impressive JRPG, but it also does a great job so far of bringing the characters from a somewhat forgotten classic comic to life, giving them the epic journey that they deserve. But we’ll know for sure if this is a true epic when THQ Nordic and developers Airship Syndicate release the game for PC, PS4 and XB1 on October 3, so stay tuned.