The previous generation was not kind to DICE and its major franchises, Battlefield and Battlefront. Out of five launches, only one of them (Battlefield 1) could be considered a glowing success. Battlefield 4 was a complete catastrophe at launch with an erratic netcode that took DICE LA (now Ripple Effect) months to clean up. Star Wars Battlefront had netcode issues as well, but also a distinct lack of actual content. Star Wars Battlefront II’s monetization was so bad that it prompted world governments to open investigations into the business practice. Finally, Battlefield V was a culmination of poor marketing decisions and launch issues. On top of that, unpopular moves like cutting off support for Star Wars Battlefront II, which got popular following revisions to the core experience, haven’t sat well with the community. It isn’t that much of a stretch to say DICE and Battlefield’s reputation ended the last generation severely tarnished.

Battlefield 2042 is supposed to fix that reputation. A semi-futuristic game set to take advantage of the new platforms, Battlefield 2042 had a stellar debut over the summer that got players excited, but then it vanished. Outside of the Battlefield Portal announcement, not much was heard about Battlefield 2042 until this past weekend, when players finally got a chance to try the game in beta form. After spending hours with the beta, however, it’s clear that DICE and EA should delay Battlefield 2042 or risk another black eye from the community.

That’s not to say that there wasn’t anything good in the beta. The core shooting is as fun as ever, feeling more akin to Battlefields 3 and 4 than the more recent 1 and V. It’s tight, precise, and playing on either a controller or keyboard and mouse is excellent. In addition, the in-game customization that allows you to swap out attachments, sights and ammo types on the fly is an exceptional quality-of-life improvement. Getting custom classes to pre-build loadouts rather than seeing your customizations reset after every match, however, would have been nice. 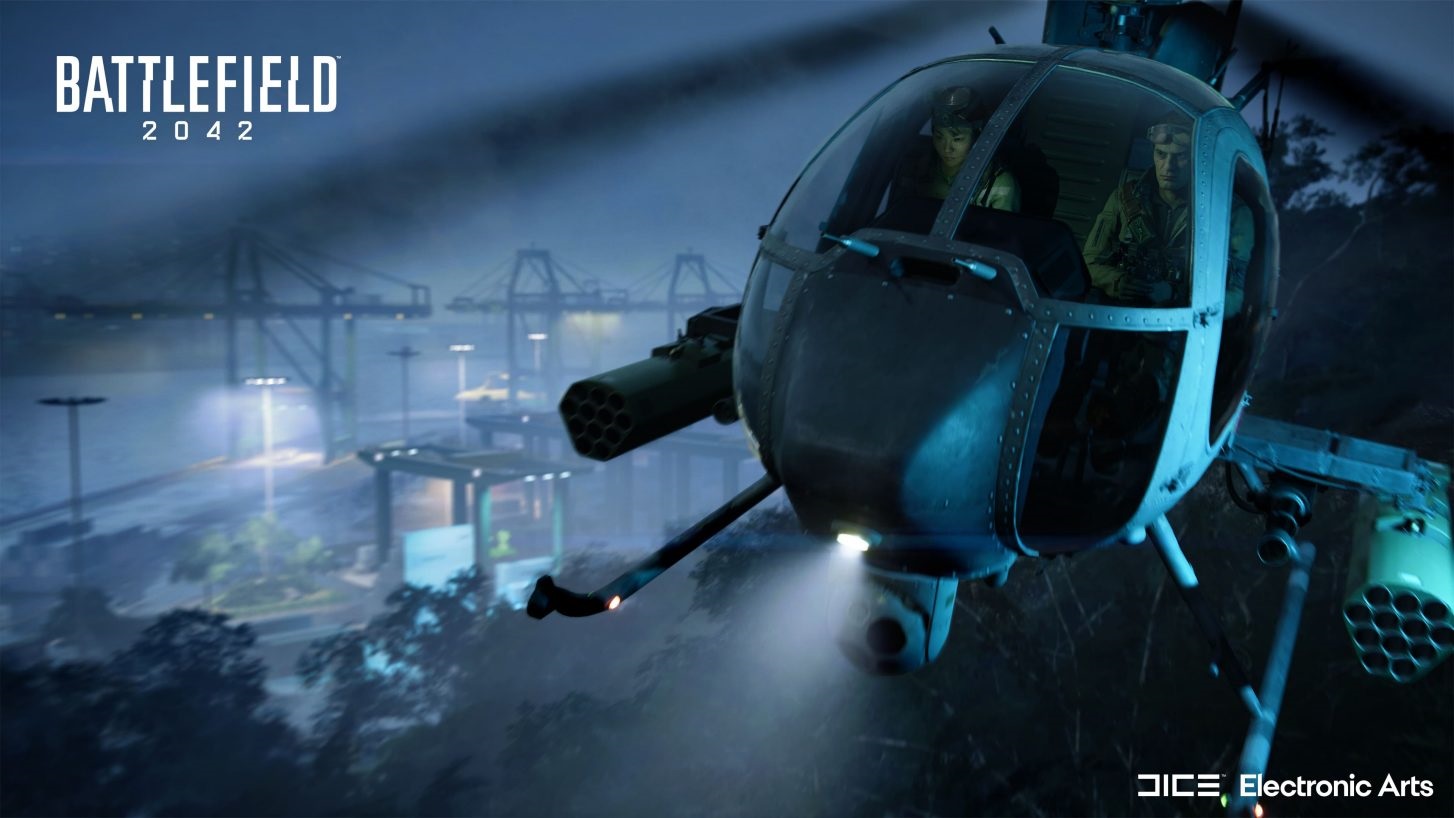 Hopping into aerial vehicles was great, and getting to pilot fast, maneuverable helicopters and jets after the slower WWI and WWII planes was a breath of fresh air. Ground vehicles need some work to make them less finicky, but overall the vehicular combat felt great. Whether playing with boots on the ground or in a vehicle, Battlefield 2042 is fun to play.

Orbital was a fine map, if not a tad too big. The player count increase from 64 players to 128 players on current-gen consoles and PC is a welcome change and sets up some massive battles at specific points on the map, particularly at the missile launch and oil refinery areas. This fact, plus the fun gameplay, however, makes it disappointing how limiting the beta was over the whole weekend. With only one map and one game mode on offer, there just wasn’t much to do after so many matches. An additional map and mode to enjoy would have added variety and helped assuage fears that this $70 game won’t have enough content at launch.

DICE has also eliminated many of Battlefield V’s ideas, some of them good and others bad. For example, where that game had animations for literally every action, Battlefield 2042 keeps things simple. It also drops the controversial attrition system so that players aren’t hampered by low ammo counts when spawning. Still, it would have been nice to keep some elements of the system, including spawning with a health pack and ammo stations strewn throughout the map. It’s also disappointing to see Battlefield V’s fortification system not return. 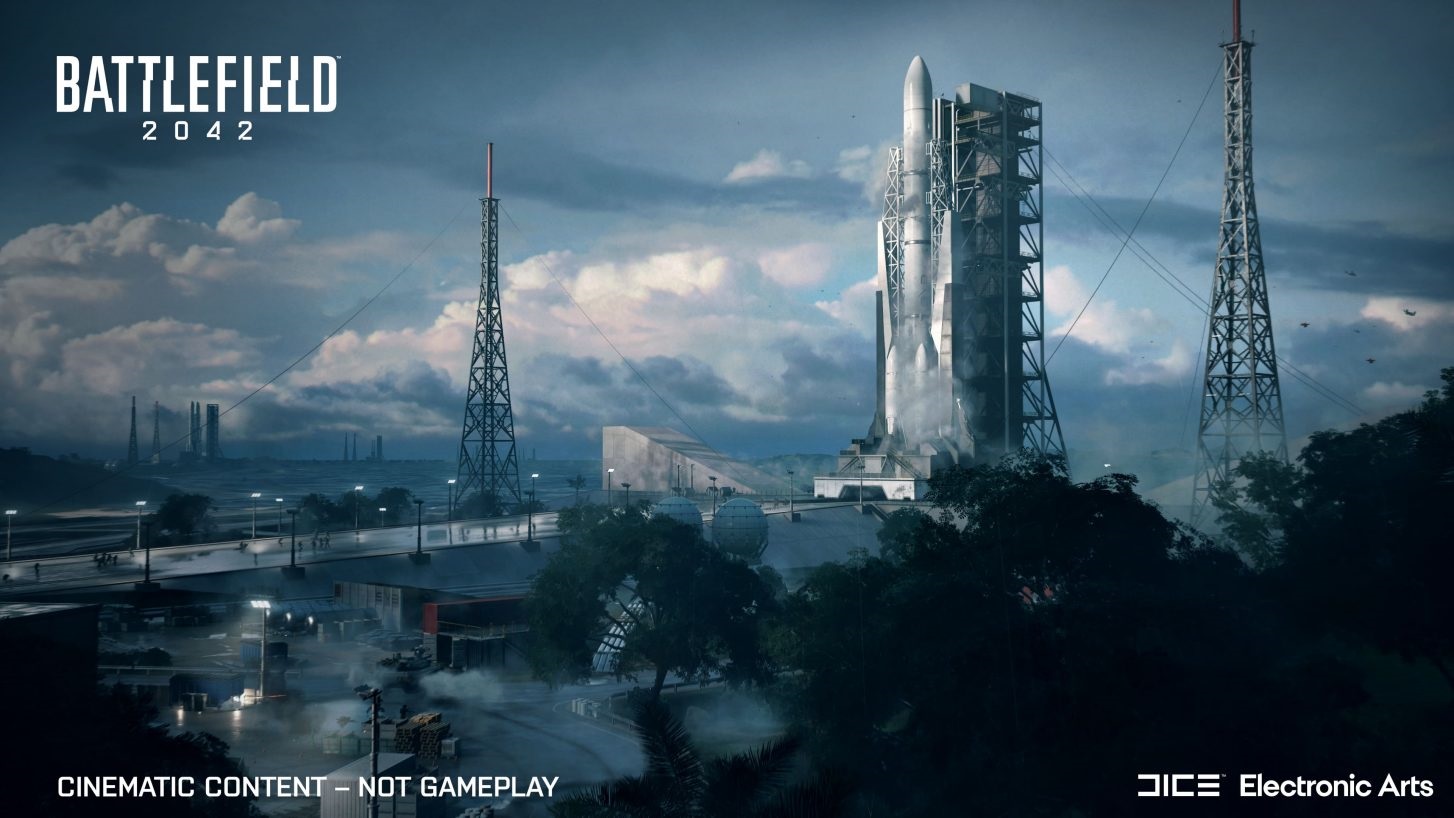 Battlefield 2042 is a fun game thanks to its core gameplay, but everything else surrounding that gameplay hampered the fun factor throughout the beta. For one, the beta was extremely buggy. Whether it’s flickering screens, lighting not correctly appearing, animation glitches or parachutes clipping through ceilings and giving players’ positions away, Battlefield 2042 seemed to have issues whichever way you turned. DICE has commented on this, admitting that the beta build was a few months old. Developers have been tweeting out randomly about various issues that have been resolved, but this begs another question: why would EA and DICE knowingly release a buggy beta so close to launch? Why not just delay the beta and release a more updated build or patch the current build like Sledgehammer did multiple times during the Call of Duty: Vanguard beta?

The UI was also a major problem spot, especially on consoles. The scoreboard is gone, replaced with weird charts that provide an avalanche of information. Spawning on consoles is difficult thanks to an interface that works well on PC but doesn’t translate at all to controllers. It’s also visually distracting, taking what were once audio cues, like who has a majority of captured points, and turning them into visual cues that take up too much real estate space on-screen. It’s almost as if the UI needs a complete do-over, especially for console players.

The bugs are just the start of the beta’s woes, though. Those are surface-level issues that can be fixed either ahead of launch or after with patches. The disappointing delivery of promised features and design decisions that ultimately hamper the experience can’t be fixed easily. When first revealed, DICE and EA promised that weather and destruction would create meaningful gameplay moments in a new, next-gen sort of way. In practice, the beta made clear that the weather is more like Levolution, a marketing gimmick that looks cool but doesn’t change the game. Orbital’s tornadoes were awe-inspiring, but they didn’t alter the map or match outcome in any meaningful way. 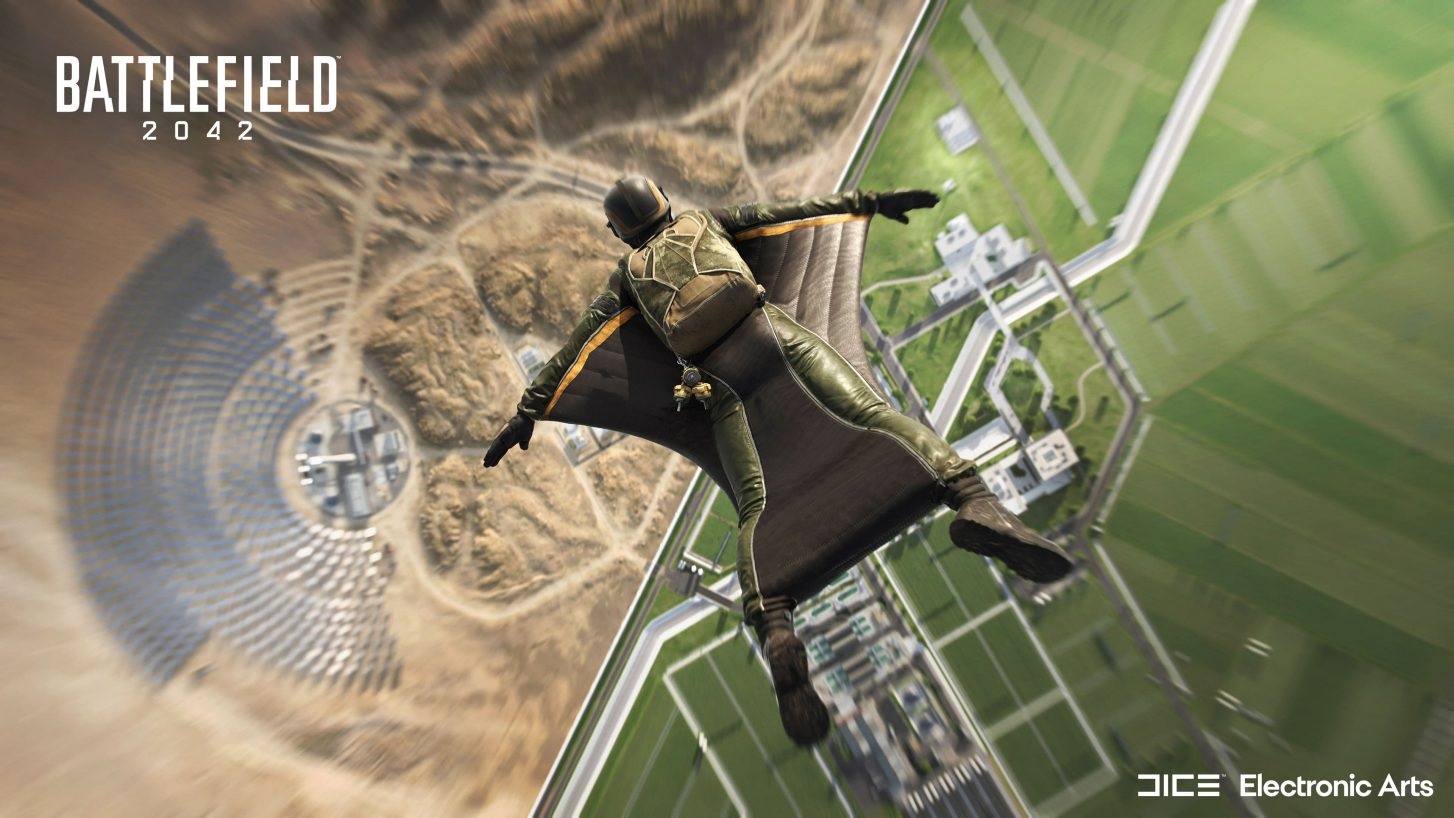 That promised next-gen destruction also never materialized in the beta. There was destruction, but it wasn’t anywhere near what we’ve seen from previous games. In fact, there were less destructive elements than what we saw recently in Battlefield V. Even more disturbing, it often felt like Call of Duty: Vanguard supplied more destruction in levels like Eagle’s Nest and Hotel Royal than Battlefield 2042’s Orbital did. Hopefully, we’ll see grander levels of destruction on other maps in the final game.

Then there is the major design woe that the community won’t stop talking about: Specialists. Gone are the traditional classes that have been staples of the franchise since its conception. Gone are weapons and gadgets that are assigned to each class, and with-it teamwork and class synergy. In its place is a Call of Duty: Black Ops III and 4 system where players select their Specialist and their unique ability, and then whatever gun and gadgets they want.

The introduction of Specialists has a profound impact on the game and its team focus. Without any indication of what your squad is running, it’s rare to find a team member running with ammo or health packs. It’s also led to numerous issues with balancing. Mackay was by far the most popular of the four specialists available during the beta, thanks to his grappling gun. The more engineer-focused Boris, medic-focused Maria, and recon-focused Casper were left in the dust. Finding someone willing to heal, revive or resupply was near impossible. 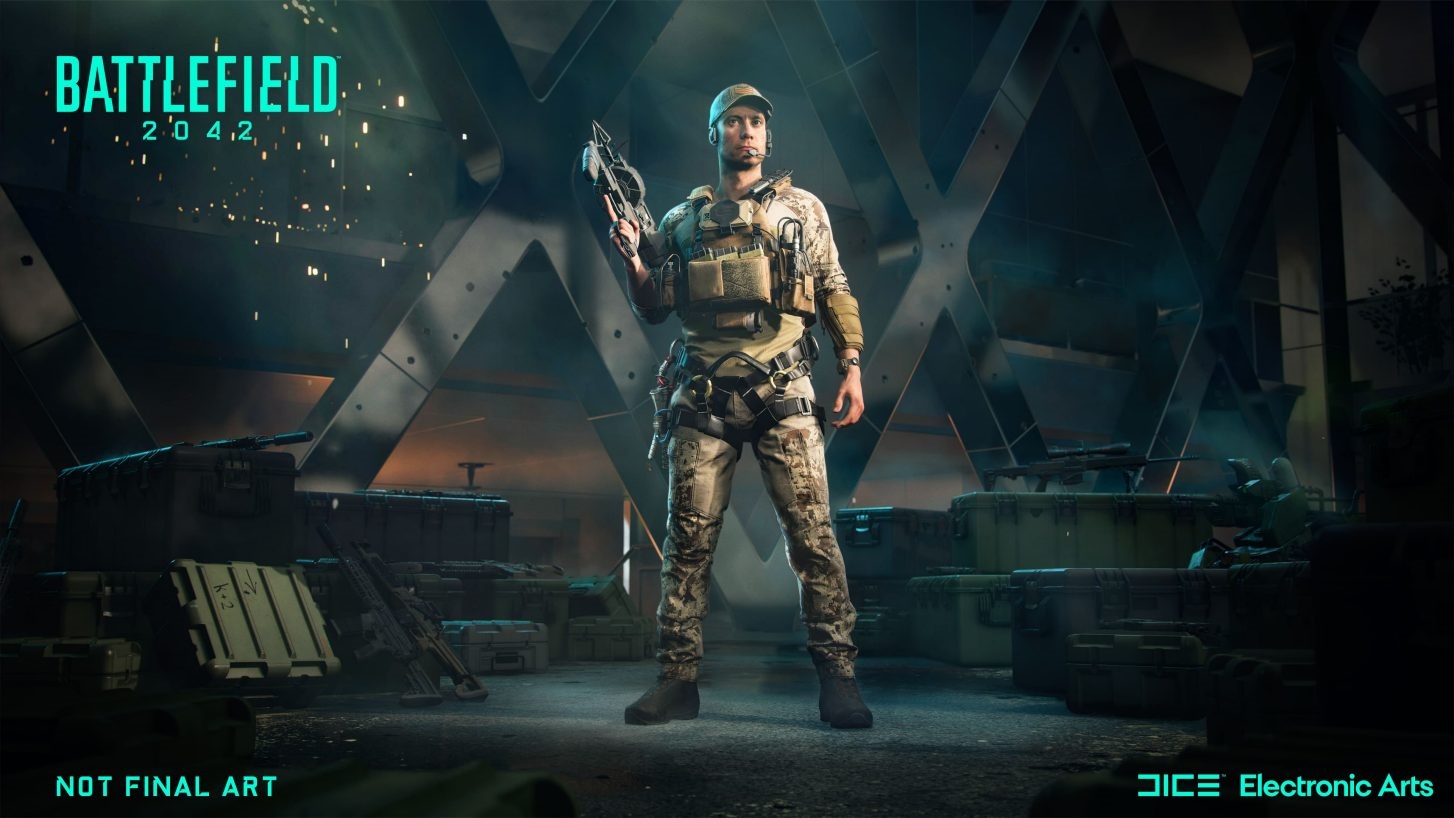 The presence of the Specialists also brings up another issue: the lack of factions. Players can play as any Specialist regardless of the team they’re on, meaning there was a sea of Mackays in the beta and minimal distinction between friend and foe. As a result, you’re just as likely to shoot at a friendly as you are an enemy. It’s clear EA and DICE want to emulate the Operator system popularized in Call of Duty: Modern Warfare 2019, but have done so in a way that actively harms the experience. Instead, classes should return with different Specialists tied to specific classes and different factions. Already, the community has been hard at work brainstorming ways DICE could make it work while still having a system close to Call of Duty’s Operators.

Battlefield is a great franchise capable of providing thrills and chills not found in other multiplayer franchises. Those classic ‘only-in-Battlefield’ moments are moments only Battlefield can deliver. It’s because of this that the Battlefield 2042 beta was so worrying and disappointing. DICE has nailed the gameplay. Even with all the bugs, missing features and weird design decisions present, the game was fun to play, but it’s clear that Battlefield 2042 is not ready for launch, and it’s confusing why DICE and EA would release an old build as the beta when they knew this would be the player’s first impression. We hope we’re wrong and that Battlefield 2042 launches without any faults and cleans up the messes many in the community have pointed out over the weekend. For now, though, Battlefield 2042 should probably be delayed into 2022 or else risk becoming another blackeye for DICE.