Even thought he world that created them no longer exists, there’s something magical about the over-the-top and often cheesy ’80s action movies. Film buffs may snub these testosterone-fueled vehicles, but people looking for an excuse to have a good time while gorging themselves on popcorn slathered in obscene amounts of butter need to look no further. While the legacy of these films is less prevalent in cinema, video games are a fertile breeding ground for games that pay homage to the films of Schwarzenegger, Stallone and all the other roided-up bazooka-wielding action heroes. Blast Brigade Vs. The Evil Legion Of Dr. Cread (no relation to Apollo) is one upcoming game that pays homage to the era of big hair and big guns.

Blast Brigade Vs. The Evil Legion Of Dr. Cread is a colorful, tongue-in-cheek metroidvania inspired by cinematic masterpieces like Commando and First Blood. Imagine a game like Broforce being made into a metroidvania and that wouldn’t be too far off the mark. Blast Brigade begins when super spy Jeff Jefferson and his crew of fellow BLAST agents find themselves marooned on a tropical island where the nefarious Dr. Cread and his army are up to no good, constructing a doomsday robot and threatening the natives’ way of life through enslavement. 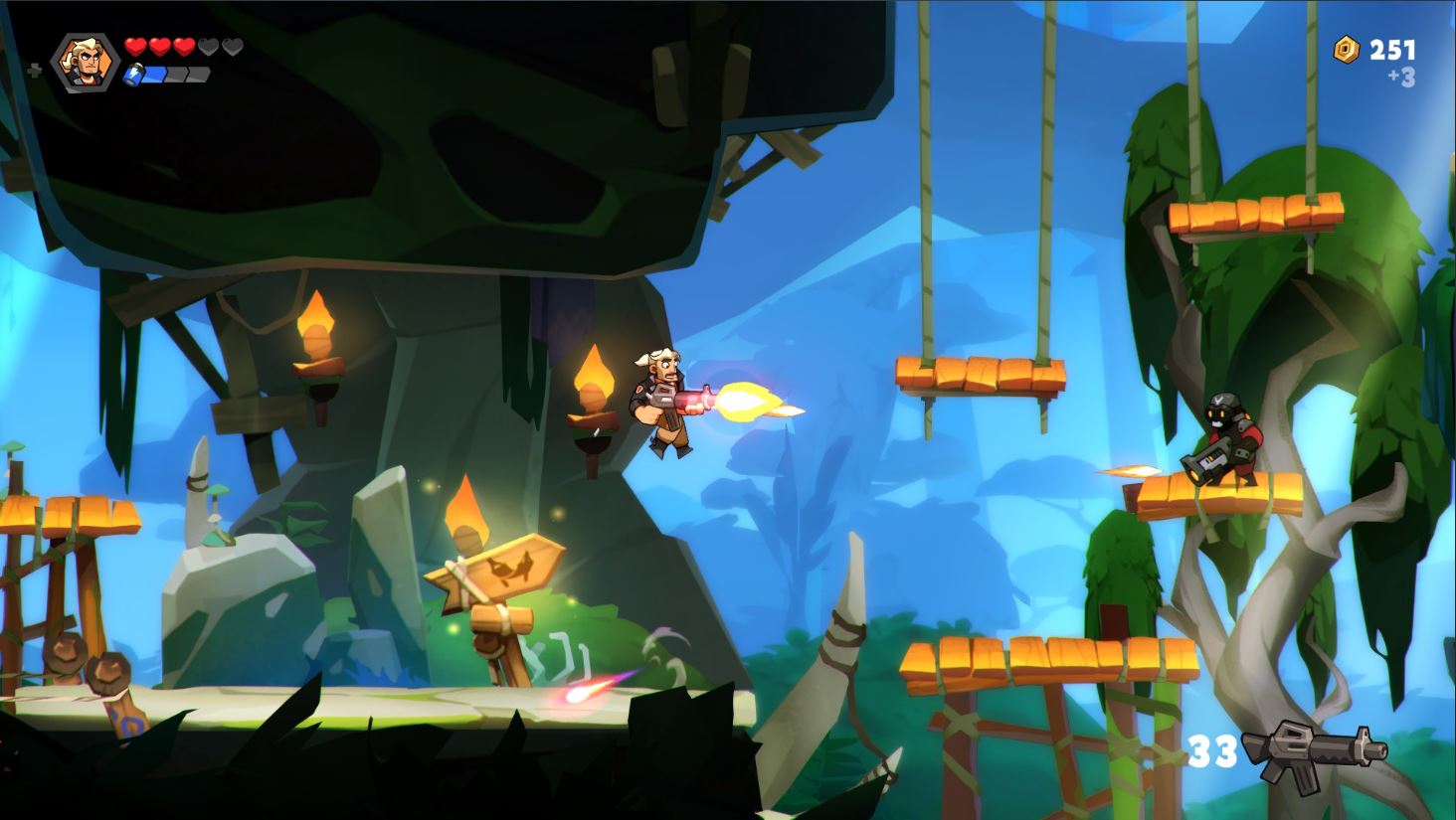 Despite the grim scenario described above, Blast Brigade seems almost wholesome in its presentation, at least as wholesome as a game about running around a jungle with a grenade launcher and machine gun can be. The graphics are colorful, vibrant and actually look like they could be children’s cartoons. The game is rather humorous with bits of plots of development scattered on notes throughout the island. While there are other playable characters, the only available character in the demo was Jeff Jefferson who is a complete dude bro played up for comedic effect with his off-the-cuff one liners.

The gameplay of Blast Brigade is solid. During the demo Jeff had a few weapons at his disposal: a machine gun, a shotgun and a grenade launcher and got a dash ability to help avoid enemy fire and traps. The right stick aimed and gun and the left controlled movement so Jeff has the ability to shoot in any direction while continuing moving, which is a convenient ability with all the platforming and shooting that has to be done to traverse the island. The enemies consist of Dr. Cread’s soldiers, giant bugs and interesting wildlife, such as a boss that was a giant octopus with electric attacks. The challenge for the demo portion wasn’t difficult, but this was also the early part of the game which could be described as a casual metroidvania. 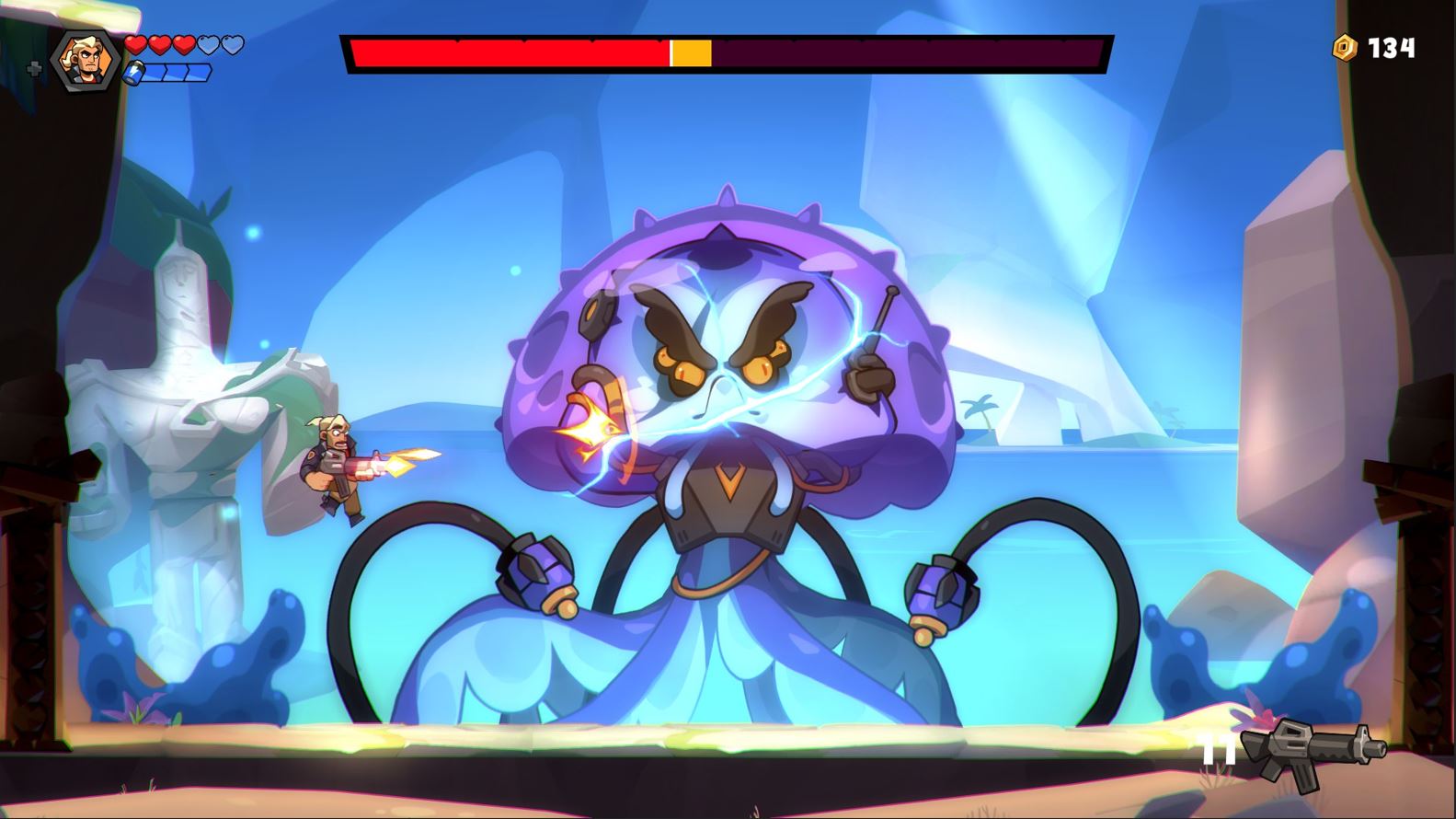