Here’s a reference doubling-up as a blast-from-the-past: do you remember XIII? The 2003 first-person, cel-shaded shooter developed by Ubisoft Paris? Itself remarking upon the flair of comic books and frantic rush 80s/90s cop dramas and thrillers could generate? Long before Jason Bourne’s film adaptations became the go-to for “amnesiac assassin with the world after him” plots. First-person shooters and artistic stylings like cel-shading rarely pop up in the realm of video games — the likes of Killer7 and TimeSplitters (albeit less a visual comparison, more purely on gameplay) predominantly standing as exceptions to the rule, than (sadly) equally-footed alternatives to a set norm. And fairly old examples at that; sure the AAA sector may veer away from the “gritty realism” and/or the “gorey” from time to time, but cel-shaded or at least aesthetics that pave the way for exaggeration, are in short supply.

It’s hard to say how high up in the hierarchy developer Ground Shatter Games’ hope to highlight this visual direction is. At the very least, RICO is not entirely gambling with past reconciles, with procedural generation never too far from the game’s pinnacle marketing. Thankfully, RICO’s reliance on roguelike design — and the hopes its back-end number-crunching can avoid coming off a little too similar in the long-run — in some surreal fashion actually gives the game a bit of unintentionally humorous credential. As if Ground Shatter are attempting some meta-narrative on the risk:reward nature of generating environments from a formula; RICO’s paper-thin walls, boxed rooms and altogether “construction site”-like look, is some self-aware confessing to the genre’s many pitfalls and detractors. 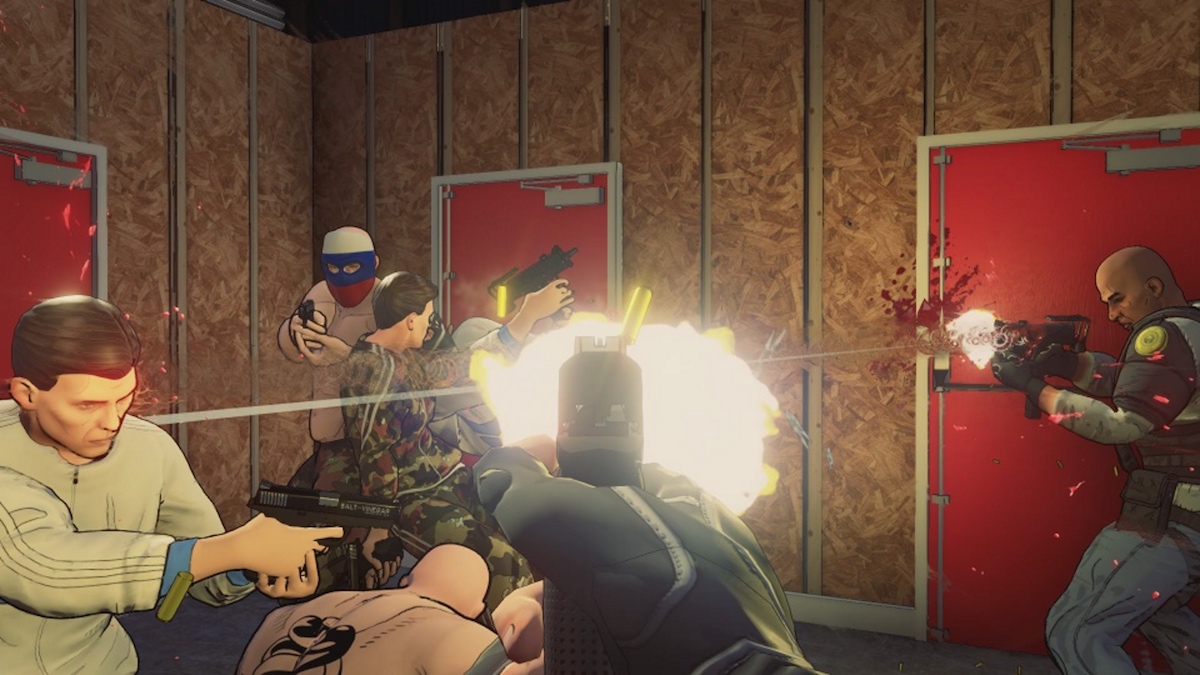 Again, it’s hard to say if this is entirely the case, given RICO is still primarily all about putting yourself in the shoes of either one of two buddy-cop agents. Infiltrating these randomly-generated installations, littered with nameless bad-guys and blatantly color-coded red barrels to match. Each operation taking a desperate turn when, for example, the objective quickly shifts to defusing a set number of explosive devices tucked away amidst the two-floor stages. This being one of the game’s proclaimed type of operation with the process still confined to busting down doors, firing off your weapon to many a foe and making one’s way steadily from room to room. The regular standards for this kind of co-operative, same-wavelength manner of play are evident — covering your partner’s back, deciding when it might be best to split up so as to cover more ground. Thoughtful little mechanics integrated as well like the ability to tag a door so as to indicate one’s desired next action — a necessity, one might think, when deciding to go online rather than confine in RICO’s couch co-op equivalent.

Playing through a few quick matches with a fellow writer on the Nintendo Switch version, however, RICO’s necessary cut-backs on the performance side are unfortunately easier to spot, despite its pleasant rendition of gunfire, explosions and non-gruesome headshots. The clear aliasing around certain objects, the muddied texture of certain walls and rooms, the frequent dips below 30FPS that may give Switch owners plenty to think about and consider, despite its cel-shaded appeal. At the very least, RICO won’t be venturing into the dreaded realm of intrusive monetisation schemes post-launch; a member of the team nearby confirming that aside from cosmetic additions later on down the road, all of RICO’s unlocks so far as weapons and associated attachments/upgrades would remain fixed to the base content itself. 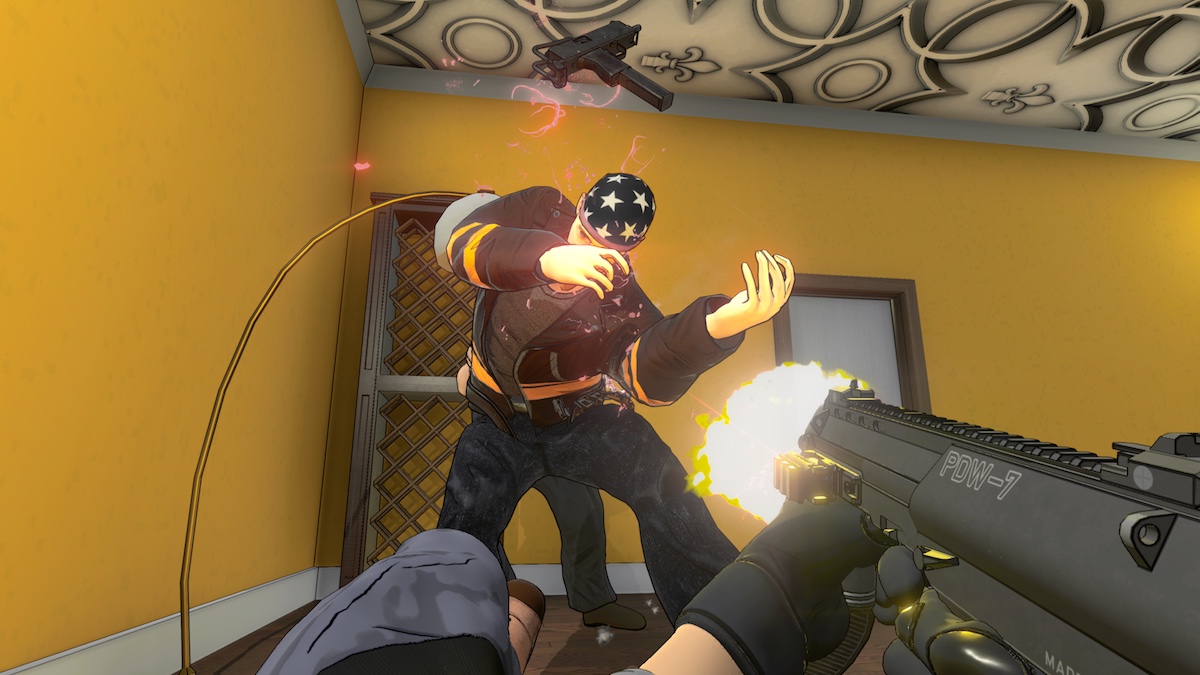 As brief a glance the play-time was for Ground Shatter’s upcoming release, the game’s nod back to an age of cel-shaded visuals and comical exuberance towards violence is a welcome one. How vast or competent its own procedural formula and dishing out of temporary structures/buildings/installations is remains to be seen. There’s some novel noting of the game’s intended lack of taking things too seriously and for anyone who enjoyed that period around the PS2/Gamecube/Xbox era of first-person shooters, RICO’s efforts could perhaps plug the hole left by those memorable iterations on a genre more inclined to avoid such light-hearted antics nowadays. How the progression/unlocking system fairs, as well as the variety in its mission premise, will have to wait though — for the time being, the days of XIII, Killer7, TimeSplitters and company might not be as distant or as long gone as you think.