Bulletstorm was a cult classic, which is a nice way of saying that the handful of people who bought it at full price loved it. Its popularity was a slow burn, though, and over the years it overcame the stigma of Games for Windows Live and built a fan-base enthusiastic enough to earn the remake it deserved. Lead ass-kicker Grayson Hunt is back, but at PAX East it was Duke Nukem getting the spotlight. The surprising thing is what a natural fit Duke is into the world of Bulletstorm, and that he’s actually a better character here than in his own game.

The basics of Bulletstorm are simple- It’s an FPS where you kill things in spectacular ways for score using guns, explosives, an electro-whip, and a mighty booted kick of goon displacement. Shooting the various space-mutants dumb enough to get in the way is great fun, thanks to a huge variety of weapons with charge and secondary shots, but the real joy of Bulletstorm is linking the methods of carnage together with the environment to create new and more excessive kills. Rope in an enemy, kick him in the air towards a serene-looking pond, get a bonus for feeding the piranha. Or kick him into a cactus, neon sign, through a window, or anything else that catches your fancy. Alternately you could just take advantage of the momentary slow motion from reeling him in and plunk a bullet through his eyeball. Whatever works, really. 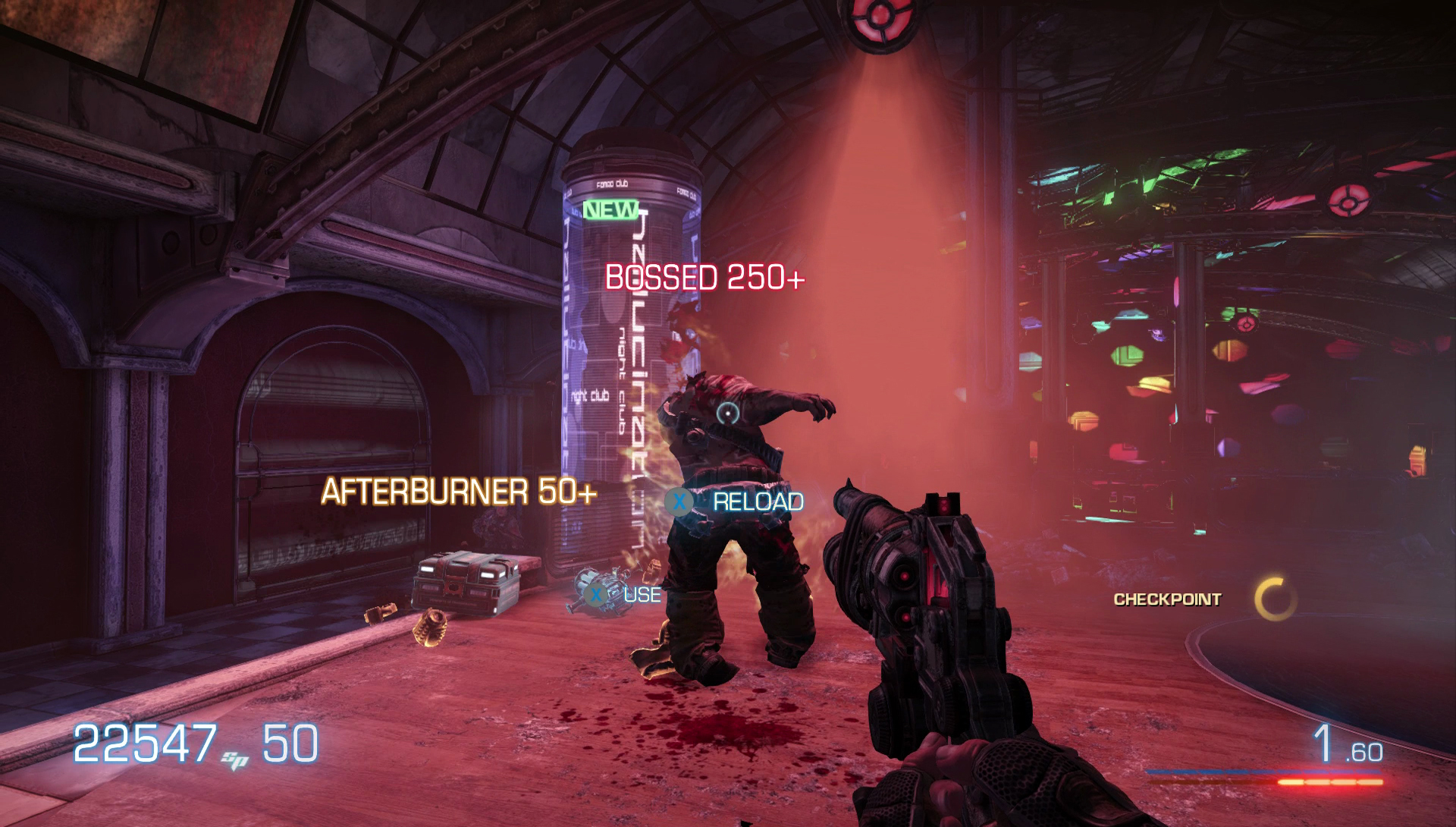 When Bulletstorm: Full Clip was announced, it also came with the news that Duke Nukem would be available as a playable character.  At the moment he’s pre-order only, plans for releasing him in any other fashion simply haven’t been sorted out enough to be officially announced, and to be honest it originally sounded like a bit of a gimmick.  The PAX East demo featured Duke as the playable character, though, and as it turns out he fits the world perfectly.  His lines are by no means Shakespeare but they’re far better written than in his last few games, and original voice actor Jon St. John brings Duke to life perfectly.  There’s no denying that Duke still comes across as a testosterone-fueled meathead, but it’s in a good way rather than as the painful relic of the 90s that he’s been in the past.  It was honestly a pleasant and unexpected surprise to enjoy playing as Duke again.

As for the game Duke romped through, it’s Bulletstorm, except far prettier than before.  For a game about brutally entertaining violence, Bulletstorm had some fantastic scenery to shoot your way through, and the updated version looks better than ever.  After a long, hard firefight where you snipe, explode, electrocute, whip, and environment-kill your way across the map it’s always nice to take a moment to look back across the town on the edge of a cliff over a lake and breathe in the refreshing gunpowder-scented evening breeze.  Most of the time, though, you’ll be too busy killing things to notice, or looking for secrets to electro-whip in the short walk between one set-piece encounter and the next. 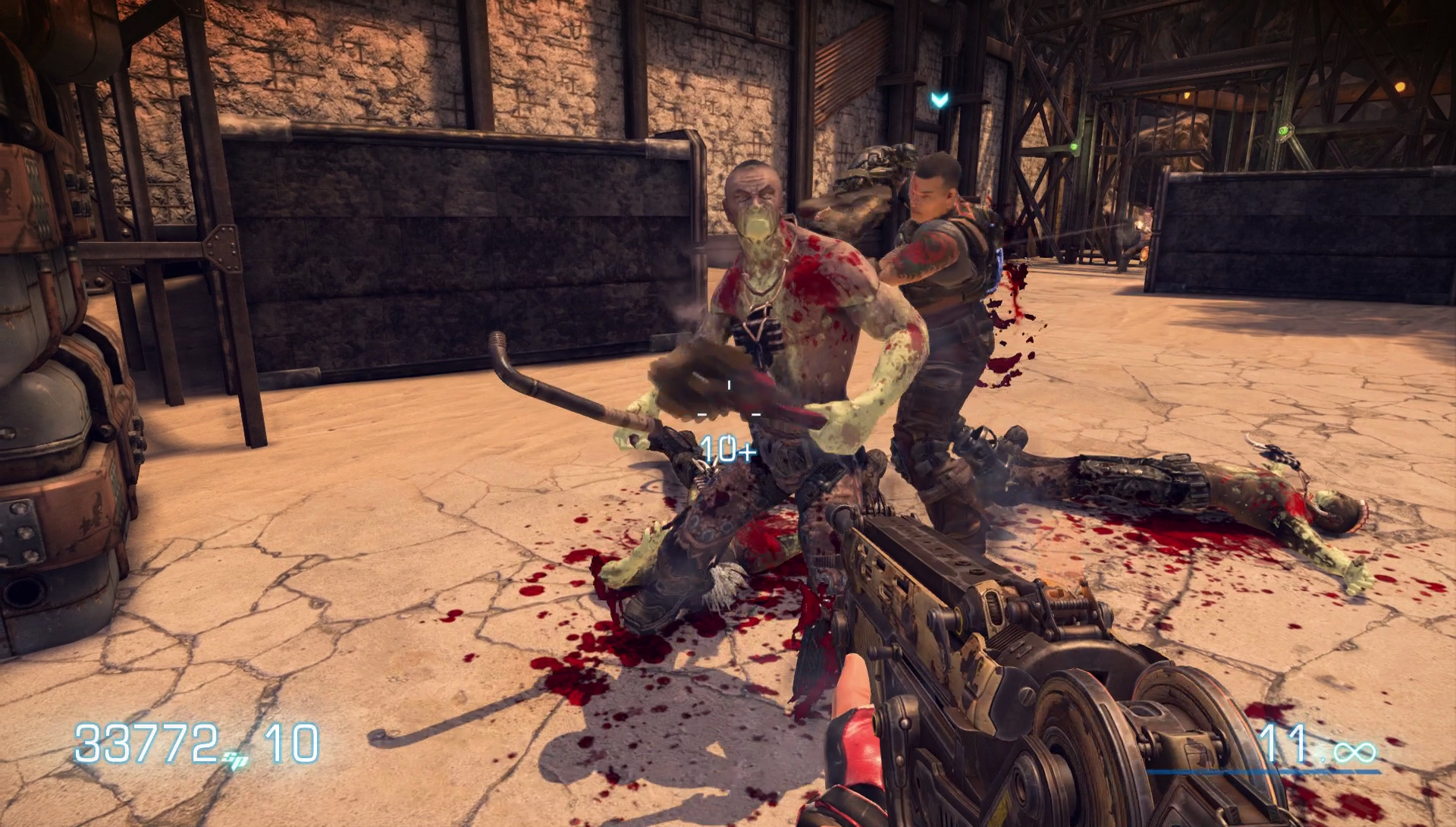 Bulletstorm was a fantastic and unique FPS, but possibly the right game at the wrong time.  The 2011 PC scene was still developing into the powerhouse of today, and a new tough-guy franchise on console (even one as fantastically ridiculous as this) got lost amidst all the other tough-guy and bald-space-marine games of the time.  The years have been kind to Bulletstorm in a way that doesn’t happen to very many games, with its fan-base growing over time to the point where a remake not only makes sense but also gets people excited.  Bulletstorm: Full Clip combines awesomely bloody action with a trick system that always pushes the player to try new things and constantly rewards them for taking out enemies in style, looks fantastic doing it, and even redeems Duke Nukem.  That’s a heavy order for any game to handle, but the alternative isn’t even being considered.  Bulletstorm is getting a second lease on life and won’t be wasting that chance by being anything but the biggest, bloodiest, most creatively murderous shooter it can be.