Super Mario 3D World is as good as gaming gets, and one of the reasons why you need to have a Wii U in your life. All the praise and accolades it has received isn’t hot air, it’s all legitimate. You may have your doubts about acclaimed blockbusters like Destiny, but you’d be a fool to dismiss something like Super Mario 3D World. A celebration of all things Mario and the single best all-round platformer in recent times, that game has so much going for it. But one aspect that really stood out were the bonus stages where you take control of Captain Toad and navigate short puzzle platformer style levels. They were a jarring and dramatic departure from 3D World’s primary shenanigans, as these bite sized bonus stages had their own mechanics and design hooks. It was almost as if they were thrown in post production to test waters.

My initial reaction to the first Captain Toad level was that of annoyance, and I’m certain everyone got a little miffed when they realized the little guy couldn’t jump, but I was left wanting more once I completed that stage. As I played through these bonus levels I felt like I was getting a taste of what could be a solid foundation for a standalone game. Each stage got more creative and satisfying– and despite being just a few of them– you were left wishing that there was a entire game built around this novel concept for a unique puzzle platformer. Clearly Nintendo thought so too, as they would announce Captain Toad: Treasure Tracker for the Wii U to everyone’s pleasant surprise. But as surprising as it was, it makes perfect sense to create something new and refreshing for the Wii U like Treasure Tracker. A game that not only plays on the system’s strengths, but also continues the company’s time honored tradition of innovation and creativity through gameplay alone. 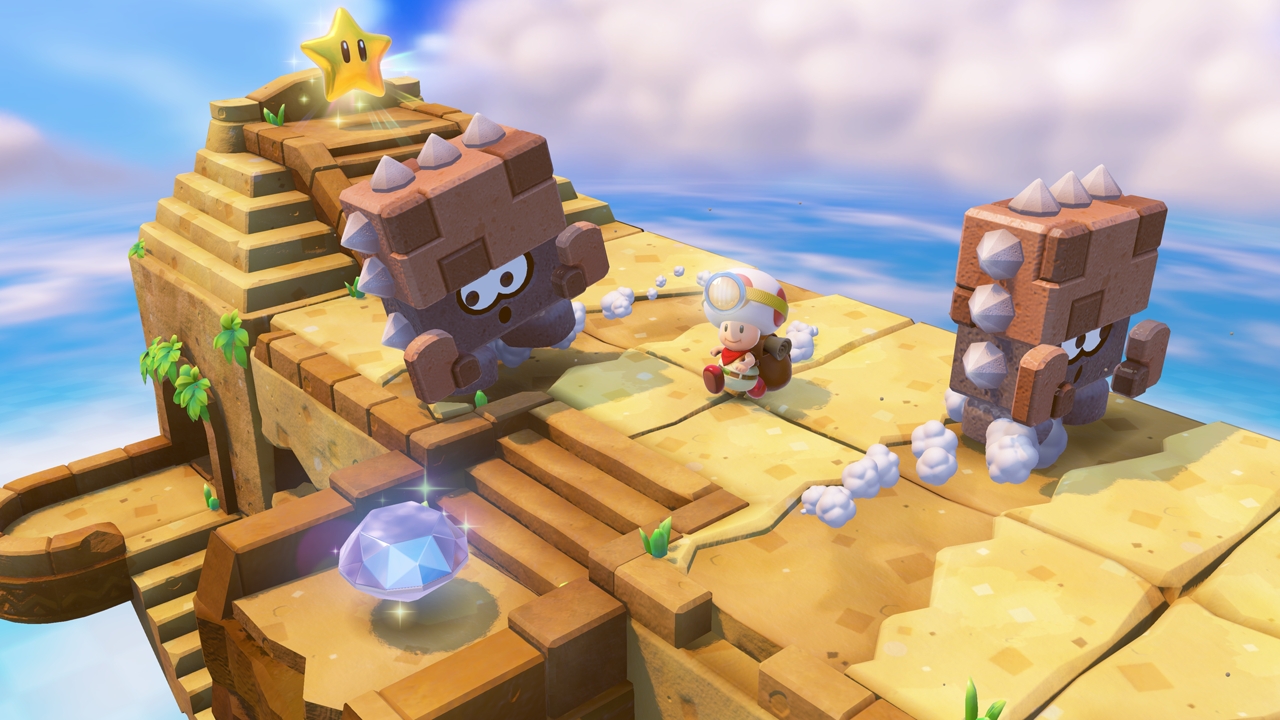 After years of just sitting around and telling Mario to keep searching for Princess Peach in another castle, Toad finally gets a starring role in his own game. Armed with his adventure gear, he sets out to hunt for treasure and find new meaning in his life. The basic foundation from 3D World is retained in Treasure Tracker, as isometric style levels filled with puzzles and traps are explored in order to collect treasure, using intellect and limited mobility (most noticeable being the inability to jump). The Game Pad is put to good use — playing a part in interacting with the many environments — but mainly used as a camera for changing the viewpoint/perspective to get a better look into the tricky level designs.

Treasure Tracker will add a boatload of new gameplay features to expand upon its simple template. Players can look forward to bigger and more elaborate levels, a wealth of classic Mario power ups, a colorful cast of formidable foes, and some huge and menacing bosses. The inclusion boss battles is a pleasant surprise — especially given how timid and peaceful the Captain is — and so these duels are going to be a classic case of wit against brawn. With all these new elements added in, Captain Toad: Treasure Tracker is shaping to be a full fledged adventure and not a collection of light puzzles. 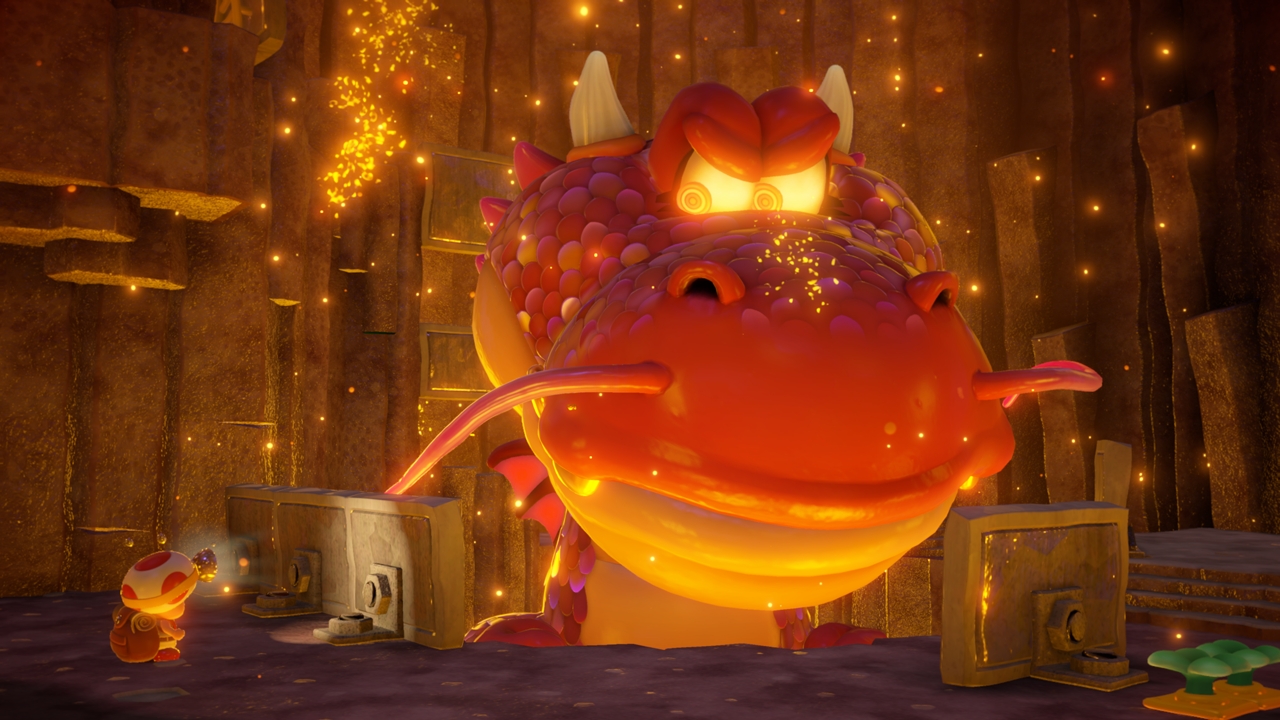 From all that we’ve seen so far, Captain Toad: Treasure Tracker may end up becoming one of the most creative and interesting spin-offs in the Mario franchise since Luigi’s Mansion. Did we mention that it’s just flat out adorable? It goes without saying really, and with Miss Toadette now included as a playable character the cuteness factor has reached dangerous levels. Unlike most spin-offs, this one is brimming with creativity and fun level design ideas, as well as plenty of gameplay and visual variety. Super Mario 3D World gave us a brief taste of Captain Toad’s odyssey, but come December 5 we’re going to be treated to a very special and unique platformer puzzle adventure that is fueled by colorful imagination and intuitive design.