Much like the rest of the world, the Formula One season has been put on hold, but that hasn’t stopped Codemasters from working on F1 2020. We recently sat down to speak with with Lee Mather, Game Director for F1 2020, and also got some hands-on time with an early build of the game. Mather had noted that thanks to the virtual F1 events, the team has been able to get direct feedback from drivers including McLaren driver Lando Norris. Norris seems to be responsible for the overhaul of the ERS system as it was complicated in the past. F1 drivers have an overtake button which will be featured in F1 2020 and will be a prominent change for how drivers handle the car. This, among other aspects, will further help F1 2020 to again properly replicate the sport when it does eventually start this season.

What’s even more impressive is that the release date was pushed up this year and the team stuck with that despite the reduction in workforce across the world. We asked Mather how they were able to accomplish this. “We can actually say the game will be out before the season starts at this rate,” Mather said. “That’s a hell of an achievement. We were pretty much getting prepared for something happening probably about a month before things reached the level they did. We had a rough idea what was coming and people who have friends who worked at hotels that Birmingham is going to shut down, which is where we’re located. We were planning for the worst case scenario quite early and we may have underestimated how quickly it was going to come. At that point, we had already started to work at how we could host everything externally so that we weren’t going to overwhelm any of the lines because obviously that’s a lot of data that goes over one pipe. So, when it happened, we were very prepared to get people mobilized and working from home. The only thing that took a little bit more time was getting our service provider to increase bandwidth so now everybody is working seamlessly from home. We found working with Microsoft Teams has been very effective as a working tool, but especially with collaboration, even game build reviews, somebody is able to run the game and we’re able to go through the screens and critique any of our work quite easily. The impact has actually been pretty minimal.”

Outside of the overtake button, there have been changes to the racing in F1 2020. Not only will there be new tracks to master, but there will also be a casual difficulty for fans who love Formula One but have found the game too difficult in the past. The handling engine has also been enhanced with a focus on the braking system. In our time with the game, we raced with all of the assists off and it still proved to be a difficult experience as finding that line between traction and speed was key. Mather did state that the final product will have further changes including how the transmission works, the braking system and the traction. “We’ve reworked the way the physics works for inertia on wheels and tyres. This is something the drivers fed back to us that they felt they just hadn’t got the traction that they were expecting to have on a Formula car. You will find there will be a lot more confidence on the throttle and on the ability to throw the car around a little bit more aggressively. You will also be breaking at the same top point as the drivers do in real life. In ’19, we felt the breaking distances were a little bit too long. So in terms of the actual core handling model, that’s probably the biggest step forward.” 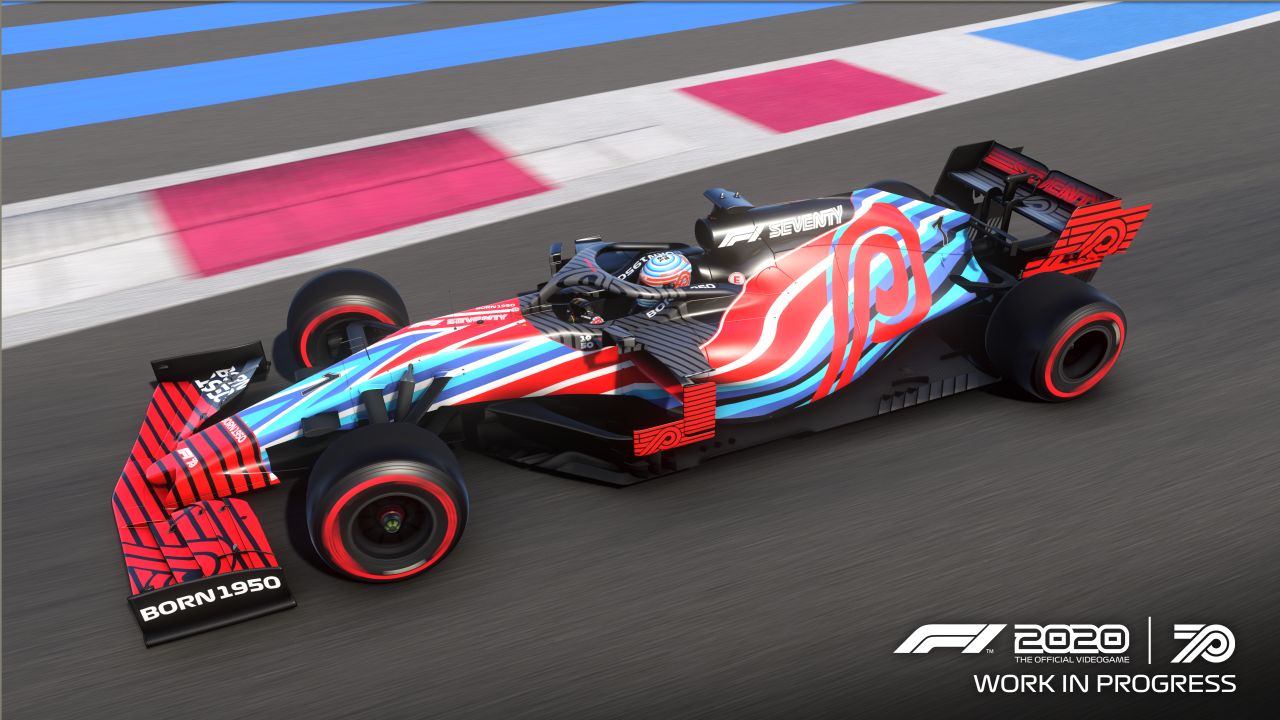 Mather went on to talk about how tyre pressure will also play a predominant role in how the car handles. “So previously, the tyre pressures had an effect on the handling of the car. We added in some additional work on how it affects tyre temperatures. They didn’t have as big as an impact in the past on temperature that they should have. So we’ve implemented something new there as well. So, if you’re a player having trouble getting heat into the tyres, you can run with a lower pressure to generate more heat or vice versa by increasing the pressure. Those not only have an impact on the temperature but ultimately on the behavior of the car. While we’ve been doing the casual stuff, we are still pushing the core sim as well with adding new elements.”

As for off the track, there will be a plethora of changes made. Not only does split-screen racing make a return, players can participate in shortened seasons and that includes the Career Mode. The biggest addition comes with My Team. Players will create an eleventh team on the F1 grid where they will customize a livery, hire a driver from Formula 2 to field the second seat and conduct interviews with the famous media journalist Will Buxton that will determine certain aspects of the team. Players will be able to develop the cars before the season starts. Mather gave an example of how the interviewing will work. “For example, a very obvious question, how do you think you’re going to handle through the corners? If I say, ‘I think we’re gonna have a fantastic downforce’ that will mean that my car will start with a light boost to the R&D department, so I may have one or two upgrades already on the car. You know, conversely to the same question, I could say we have amazing balance and the answer there might impact the chassis department. I might find that I’ve got a better balanced chassis with some slow upgrades. So, there are things that you do to impact the start of the car before the start of the season.” 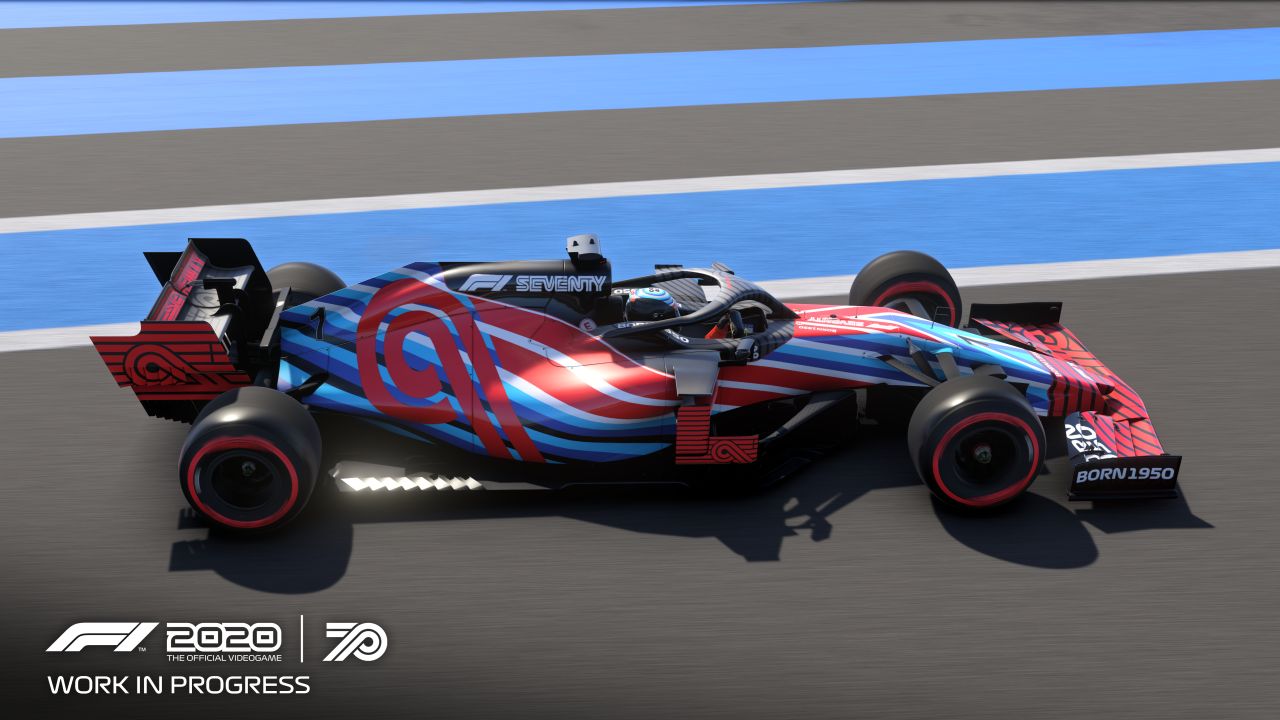 Adding to implementing the historical aspects of Formula One, F1 2020 will focus on legendary driver Michael Schumacher. Players can expect his Benetton, Jordan and Ferrari cars in the game, along with customized liveries and outfits that are based off some of his past rides. One of Mather’s favorite rivalries existed with Schumacher. “There’s been so many great periods in the sport. I mean, I still love looking back at when the obviously when Nigel Mansell and Paul Tracy were racing together, that was fantastic. Even though they were teammates, it was still exciting. It’s really hard to pick one. The Senna-Prost one was always massive and Damon Hill and Schumacher because it was Damon. There was a period where basically everybody’s rival was Schumacher, so that’s always a tough period.”

We asked Mather if the series could go beyond on focusing on historical drivers such as Fangio and their cars. He said, “Anything’s possible because we’ve got a physics engine which obviously allows us to build any car we want. The physics aren’t built to build a Formula One car, it’s built to a Formula car of any type or any style of race car. So if we can put the numbers in, we could produce that. I guess it all comes down to whether we can get a hold of the reference, whether we can hold the audio and if the content would be compelling and worthwhile to do in the game. Having just one or two cars of that era wouldn’t give you a compelling experience, but we certainly have the ability.” 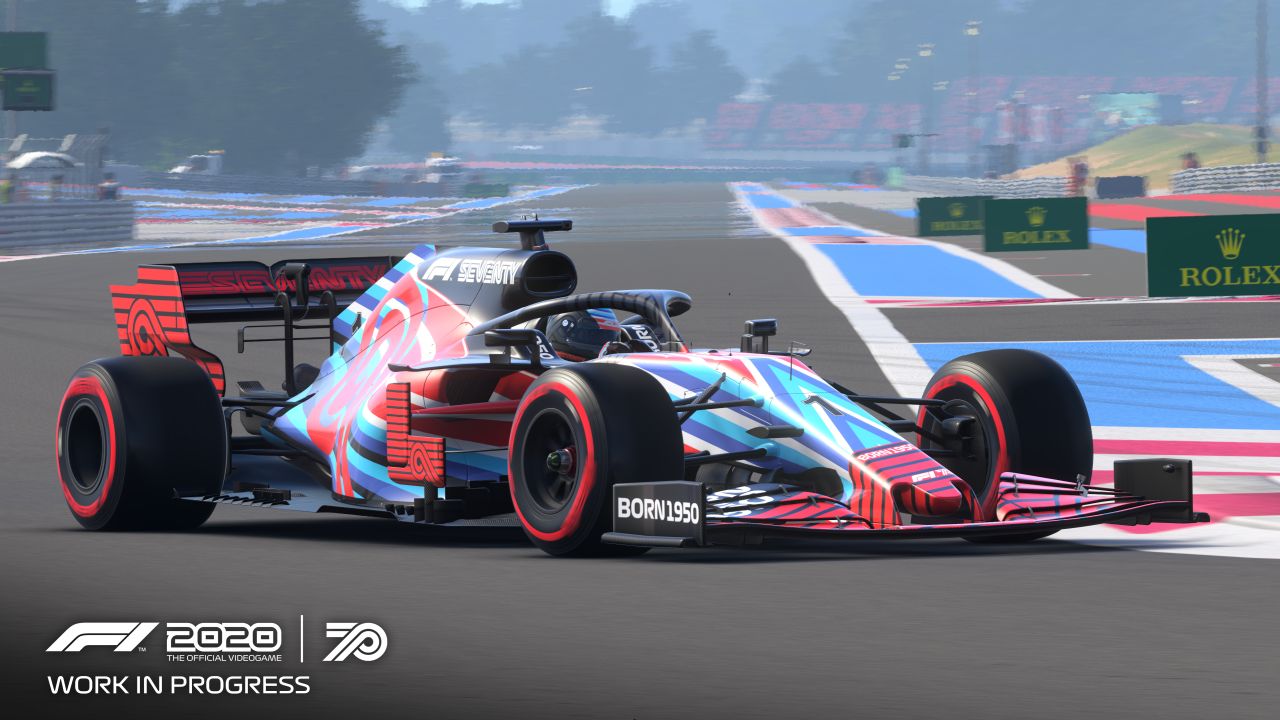 Going back to the Schumacher content, we asked Mather what it meant to him and his team to be able to have the content this year. “I think if you’ve read any comments that Paul Jeal (Franchise Director) has made, he’s a true fanboy of Michael Schumacher. I think anybody that follows any form of motorsport knows who Michael Schumacher is. Everybody knows what he achieved in his life and really knows the unfortunate circumstances around his accident. While some of his driving was obviously interesting, there was no doubt he’s one of the greatest of all time and to be able to represent him in the game in this way. It’s something very special for all of us, but Paul is incredibly excited. He still rocks up to work in Schumacher t-shirts on a regular basis. There are certain drivers in Formula One that will always have a legacy that will last forever and Michael is most definitely one of those.”

As for our time with the early build, the foundation of the series will continue to grow. There are a lot final touches to be added between the older build we were provided and the final version. The future of F1 2020 looks bright as more racing elements come into play and My Team will surely revolutionize the series. Using the overtake button and having the team principal tell you when to use it will be much easier than having to adjust a knob on your wheel or cycle through a menu to properly use the technology. The fact that this mimics what the drivers do in real life will keep F1 2020 up with the times. F1 2020 launches on PlayStation 4, Xbox One, PC and Google Stadia on July 10.