Io Interactive and Square Enix aim to revive the Hitman series by refining the very mechanics that make it so great. Hitman will be returning to contract assassinations at catered affairs rather than dealing with the rednecks and roadkill that was so abundant in Hitman: Absolution. Little is known about the story and whether or not the events of Hitman: Absoltion will have any involvement is still a mystery. We do, however, know that the Hitman beta that is slated to release on February 12 is going to be a prequel to the series set twenty years in the past.

The mission will revolve around how Agent 47 came to be recruited by ICA and details the introduction to his longtime handler, Diana Burnwood. Although the story lies in absolute ambiguity, developers have stated that the main game will not be a reboot or a prequel, which is a tad confusing, considering that the beta is set twenty years in the past. Developers have also stated that instead of focusing on story, they want to refine the sandbox mechanics within all of the maps being created. 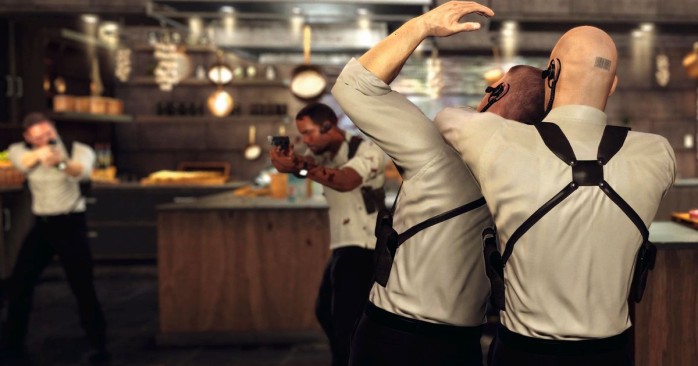 Agent 47 finds himself in a tough situation

There hasn’t been much in the way of gameplay shown aside from one in-depth playthrough of the Paris “Showstopper” mission. The demo takes us to a fashion show at a beautiful french palace, immediately letting us know that people will be reacting to everything you do. They demonstrate this by walking in front of a news reporter’s cameraman and are angered at your interruption of their shoot. In Hitman, there are multiple points of entry into your target location and once inside there are massive crowds of NPCs — any one of which could be a potential hit in Contracts Mode.

Distractions, decisions and death traps are an abundant aspect of Hitman. There are so many options available to the player that there are a myriad of ways complete a mission. There is so much information available to the player that it’s up to them to listen for any potential secret assassination targets within their current mission. The demo ends with one possible assassination scenario involving the lighting fixture of the show taking out the target, which is apparently one of many signature kills. 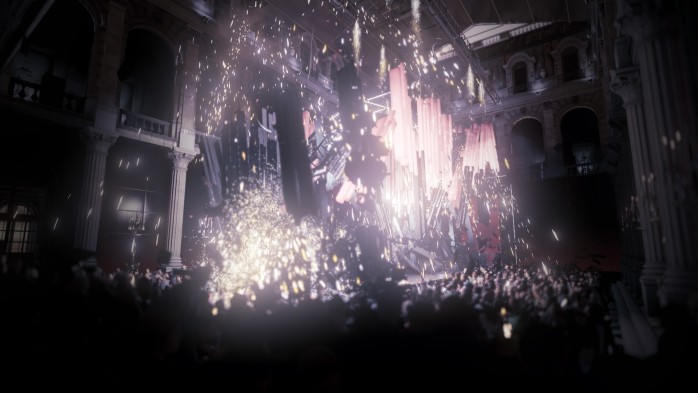 Light fixture signature assassination for the “Showstopper” mission in Paris

HITMAN’s release model is something unprecedented and unique in of itself. The game will be releasing episodically starting on March 11, meaning that over time they will add more maps and missions throughout 2016. You can gain access to all the content by paying $59.99 with no additional fees or microtransactions later on. If you aren’t sold and want to just check out the starter content on March 11, however, you can purchase the Intro Pack for $34.99 and upgrade for $29.99 later on.

Upon HITMAN’s release, the initial content will include three maps: Paris, Marrakesh and Sapiena which will be the locales for six starter missions.  Whether or not this model will be successful will depend on how long it will take players to get through the initial content, but the Intro Pack will cover them on that front. Hopefully this new release model will produce some awesome HITMAN content regularly, but how frequent or substantial remains to be seen.