Is this to be a recurring trend, particularly when it comes to 2D platformers with a clear appreciation for the joys of pixel art. Or perhaps the potential with which many a miniature square can create, in drawing us into worlds of fantasy and mystery alike. You’ve seen the comparisons made with games like Shovel Knight, Owlboy, The Messenger and so on. Titles that look almost like they’ve been pulled directly from out the 8-bit or 16-bit era of consoles — the NES, the SNES, let’s not forget the Sega Genesis/Megadrive on top. Some resembling a long-gone entry so close in fact that it would be easy to make solitary comparisons and base one’s judgement on that alone. This appreciation for how those classic fourth and fifth-gen releases looked and felt is as sought-after as the gameplay that underpins it. And while there are some that make it imperative to keep with the overall aesthetic and perhaps limited capabilities of technology at the time, there are some that aren’t afraid to add an extra coat of tone or, as the case may be, lighting to better serve the tale being told. After all, the intention is to stand on one’s own two feet, rather than at the crutch of a major influence, no matter how clear.

Inmost could very well be the recipient of many a comparison to the original run of Game Boy titles — the monochromatic, not-so-black and white display that such games were confined to within the screen of Nintendo’s first handheld device (discounting the Game & Watch series that is). The chunky, exaggerated details to certain characters and a similarly restrictive color palette dominated primarily by a multitude of pale series of cyan/blue hues or greens in other parts. But one brief glimpse of a sun peaking over the horizon or rays of light flooding a battered interior and you get a slightly better understanding of what Hidden Layer Games are going for here. A world clearly plagued with some degrading ill, but not without its glimpses of ease in the near beyond. Even if the light in this case is not exactly liberating and may in fact be similarly adverse. Inmost’s intentionally-confined vibe — near-suffocated of some much-needed vibrancy — is one that fits right at home with developer Playdead’s own script on atmospheric, perilous, downtrodden puzzle-platformers. One more influence that’s never too far away from passing mention. 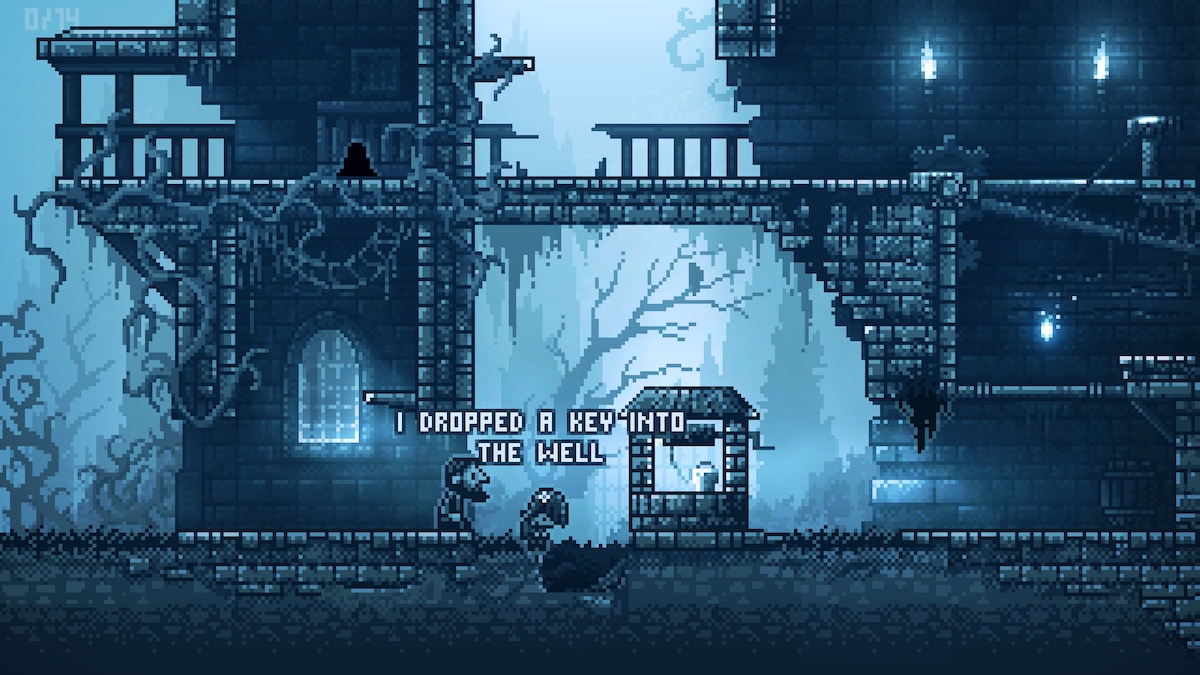 Sure, the methodology in measuring one’s jumps and leaps of faith alike are present, but the weight of their would-be physics are absent this time round. Replaced by a control scheme that, while a lot more standard an affair in its movement, is not without an occasional technical annoyance of mistaking one move for another. Of mistaking a leap for an ascent…and vice versa. Particularly when those expected and scripted set-pieces occur and you’re having to rush, even run away from a ravish monstrosity; Inmost doesn’t always stay on the good side of its players. Sometimes your dodge-rolling to avoid a lingering mass of black ooze (which I’m sure is obviously a not-so-nice entity to interact with at all) is off by a frame or two. Inmost, despite its invitingly bleak and ominous pretence with its environment, does unfortunately give way to a few technical cracks adding to the mix.

Which is a shame, because despite the game’s rather standard affair of pushing/pulling objects, moving others and combining a series of such in order to progress onward, it’s the very precise use of lighting and of tone — shifting from baron interiors to bathing in the warmth of a home abode — that is its most prized element. There’s little opportunity to get away from the clear artistic direction of bold pixel art and backdrops formed by solitary figures of blacked-out squares. Much like its frequent shift from free navigation to the cliched forced pacing of smaller and AAA titles alike — contextualised, it may be, by a sudden flash-forward of one of the characters in old age. Forcing you to descend a staircase in what is the game demo’s most unnecessarily sluggish of moments. 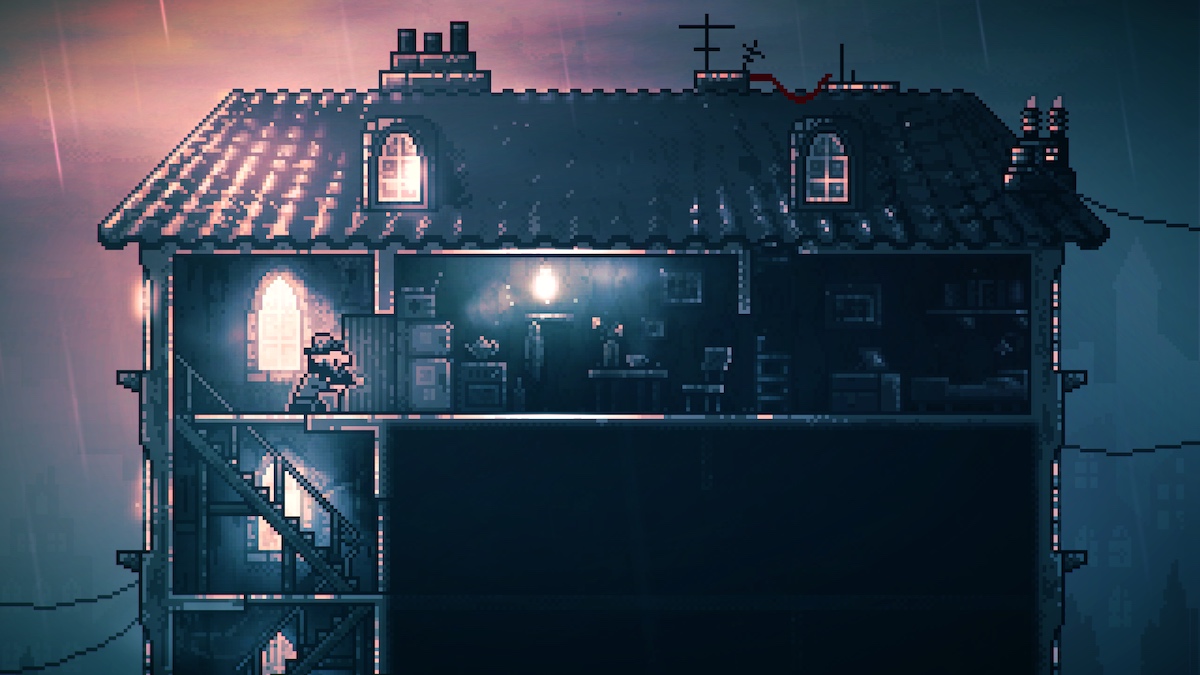 The contrast between multi-tone objects and silhouetted backgrounds though does bring a welcome level of depth to the game’s suggestion of a vaster world with which this supernatural, oppressive force, has taken over. Even playing back into the peril of avoiding some of the insta-kill obstructions and obstacles to frantically avoid. The very same blaze ooze and vine-like tentacles latched to walls and ceilings, hidden among the dark and decrepit buildings you trek through. It’s what Hidden Layer Games do with the lighting then that adds a lot to the overarching sense of enclosure and peril around every corner. Limited one might have been in the demo build offered — only one of the game’s three confirmed characters, playable for a large portion — unintentionally so, it seems as if that the complexity of its puzzles, the brief exchange of dialogue are not the focus here.

Whether that turn in priority ends up benefitting or hindering the overall product, Hidden Layer look to be sculpting a world whose atmosphere and inauspicious suggestion of both light and dark (entities that may not entirely be yin and yang in their persuasion) is its main character per se. At the very least, it’s a welcome sentiment to marvel at how far we’ve come in the department of pixel art. Specifically, the technology that underpins it; how additional layers can add even more personality to aligned figures of squares. How past and present conjoin to offer something inviting, yet anxiously so. Inmost may, for the most part, hone in one particular palette of a color — magnified as a result by the many shades it encompasses — but so far, it doesn’t look to have affected the appeal of being drawn into a world that may (or may not) be salvageable. Inmost’s artistic direction remains its biggest draw, the question is how far and how well Hidden Layer can go in maintaining that charitable attention to its detail.