We had to a chance to sit down at E3 and chat with the folks at Nicalis to learn more about Creepy Castle. The project originally came to life in 2014 via Kickstarter. A modest goal of under $10,000 was reached and the project sprang to life. Dopterra was able to secure funding and even a partnership deal with Nicalis to publish the game. Side-scrolling action-RPGs are nothing new, so finding a new wrinkle on an established genre can be difficult. Creepy Castle stands out from the rest thanks to a unique art style that replicates the all solid color look of days gone by. Many games use an 8-bit art style now, but very few use all solid colors to make their world come alive. It’s a bit like a ZX Spectrum game with the character art using that style and then the environments going for more of a 16-bit level of color.

On a surface level, Dopterra struck gold there — but that wasn’t enough. They also set out to change up the battle system. Normally, a side-scrolling action RPG would eliminate all forms of turn-based combat. Moth can still hack and slash through the enemies populating the Creepy Castle, but duels are the core method of combat, with quick-draw being the way to go for action-centric players. Those seeking more strategy will want to make use of parrying, which will allow you to deflect the attack and take them out when they’re winded. 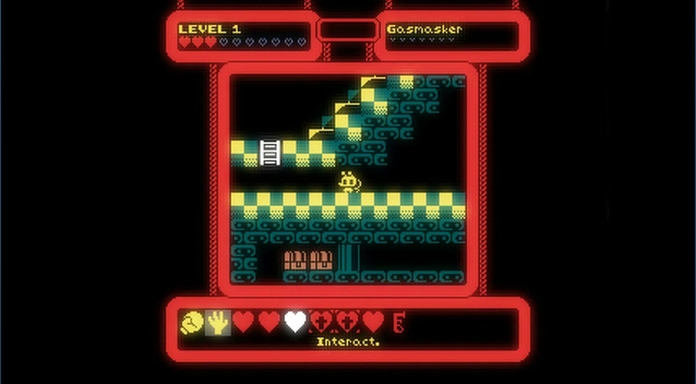 You can also use pursuit mode to intercept an enemy who is hopping around to avoid them. It’s a bit like swatting a fly — only it’s an enemy in a video game, so it’s 5,000 times better. Quick-draw is about what it sounds like — where you press the on-screen button and if you do it at the right time, you’ll attack before your opponent can. Pursuit mode stands out the most because you have to chase your enemy on a three-by-three grid and hit them three times to win. Your opponent can also grapple with you, which is a bit like getting stuck in the grasps of an HP-sucking enemy in a platform game — and you have to wriggle free in order to minimize your damage and then take out your rival. Some enemies can be beaten in just one shot, while others will fight back and lead to a duel. One of the above-mentioned battle types will take place and there are nine total ways to battle.

Moth’s design is charming and the art style is surprisingly robust. While everything looks simplistic at a glance, there’s a lot going on at times. Bloom lighting is used to simulate a CRT monitor and it also makes the colors pop off the screen. The development team found a perfect way to merge old methods with new and it results in a unique experience. In a similar vein, the retro-inspired soundtrack is outstanding. Marius Scheider AKA Battlerager, created it and his chiptune work is catchy, energetic and makes you want to play the game more every time you hear it. 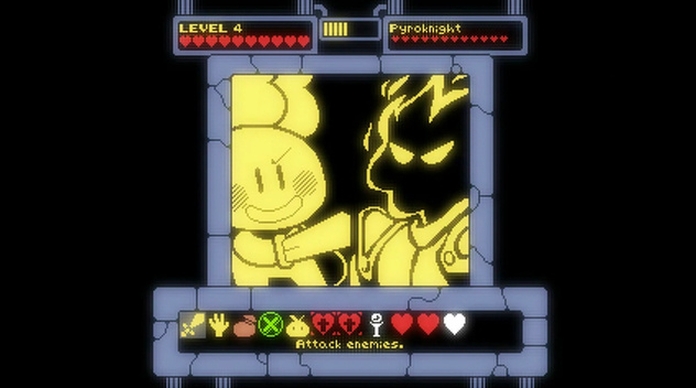 Creepy Castle looks promising and is set for a summer release on Steam and will play on PC, Mac and Linux. The developers have stated that it should be very easy to port to consoles — but nothing has been formally announced just yet. The folks at Nicalis are hoping to turn this into a comic as well. If you love side-scrolling adventure games, keep an eye out for this one. We’ll be covering it as the release date draws closer and look forward to reviewing it upon release.