Cult of the Lamb, the upcoming game from developers Massive Monster and Devolver Digital, arguably shouldn’t stand out that much. We have no shortage of subversive bits of pop culture contrasting cute cartoon animals with blood and violence, and we certainly don’t have any shortage of roguelike action games. And yet, in a development that feels appropriate for a game about cults, the title seems to have gained quite the following so far, enough to make it the most-played demo during the recent Steam Next Fest event. Now, after having had some time to get a deeper bit of time with the game as well, it’s actually easy to see why Cult of the Lamb has so many people lining up to drink the Kool-Aid.

The game opens with your titular lamb character ready to be sacrificed in order to prevent a prophecy that seemingly threatens a group of supposed gods, only so be saved by a massive beast known as The One Who Waits, who rescues our lamb and grants them with a crown bestowing them with special powers, so long as our lamb creates a proper cult devoted to them afterwards. After escaping, an assist from a previous worshipper helps them get on the road to crafting their cult, which also sees them heading out in order to slay the “gods” that initial had us on the chopping block to begin with. 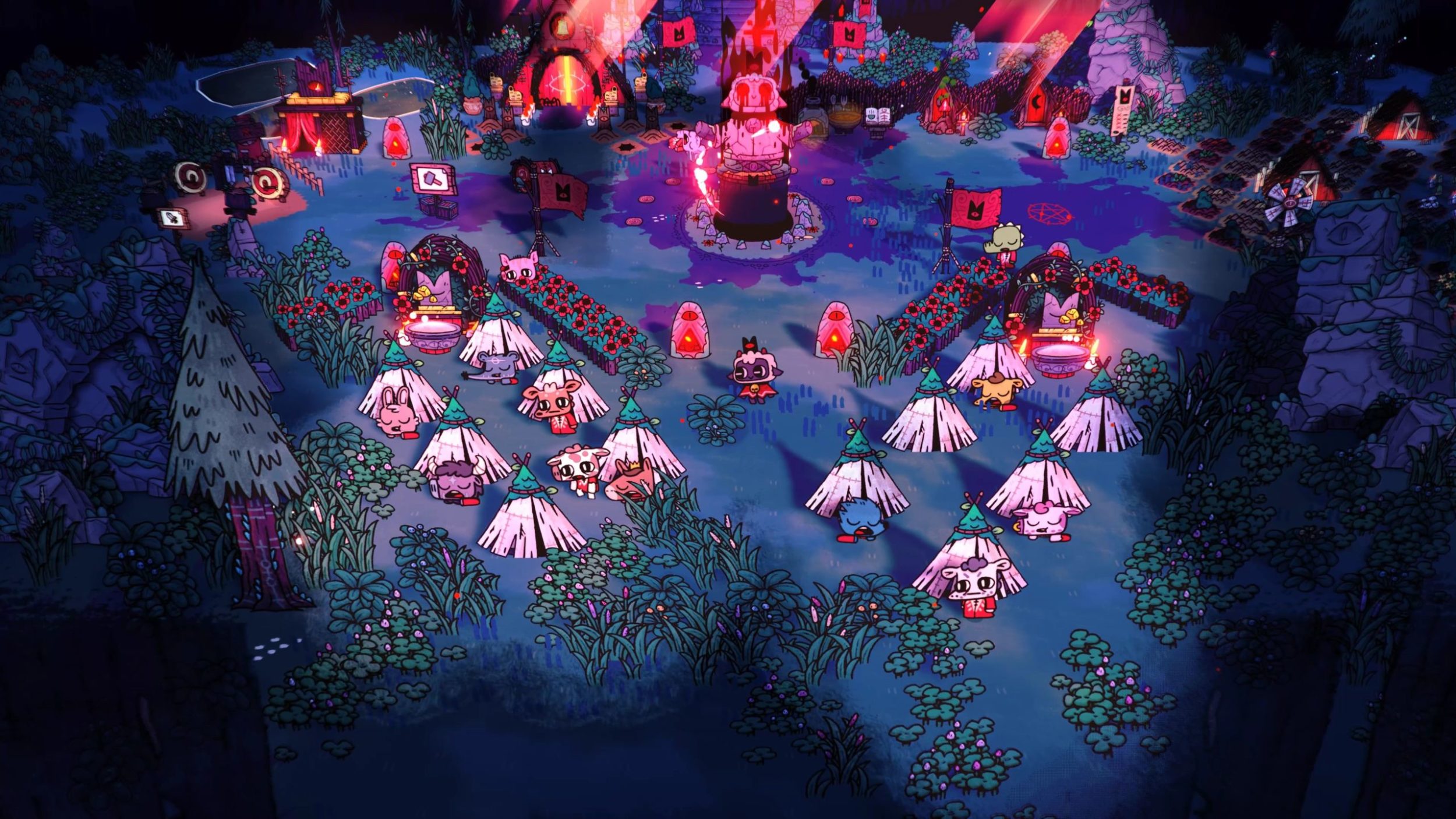 The overhead dungeon crawling sections you immediately jump into aren’t exactly the most unique setup, as you move from room to room, slash enemies, dodge roll to avoid attack, melee weapon, ranged weapon, tarot cards that provide passive bonuses, chests filled with surprises, procedurally-generated maps, different weapons to grab, etc. It’s still fun gameplay, but you’ve seen it done before. Still, Cult of the Lamb executes it well, with the possible exception of a few sections where the vivid and detailed style, which is usually impressive, can end up obscuring an enemy on some occasions that you had thoughts was dead, typically when things are nice and chaotic.

So what makes Cult of the Lamb stand out, if not necessarily the dungeon crawling? Well, it’s the parts in between the action bits, where you actually get to manage your cult. You indoctrinate new followers, build shrines and temples, have them worship in order to gather Devotion that builds up into Divine Intervention for upgrades or have them gathering resources, and more. But you also have to cook for them, clean up their messes, deliver daily sermons and other tasks in order to make sure that they A. Stay faithful to you and B. Don’t get hungry and/or sick and die, which can deliver a blow to their faith and confidence. 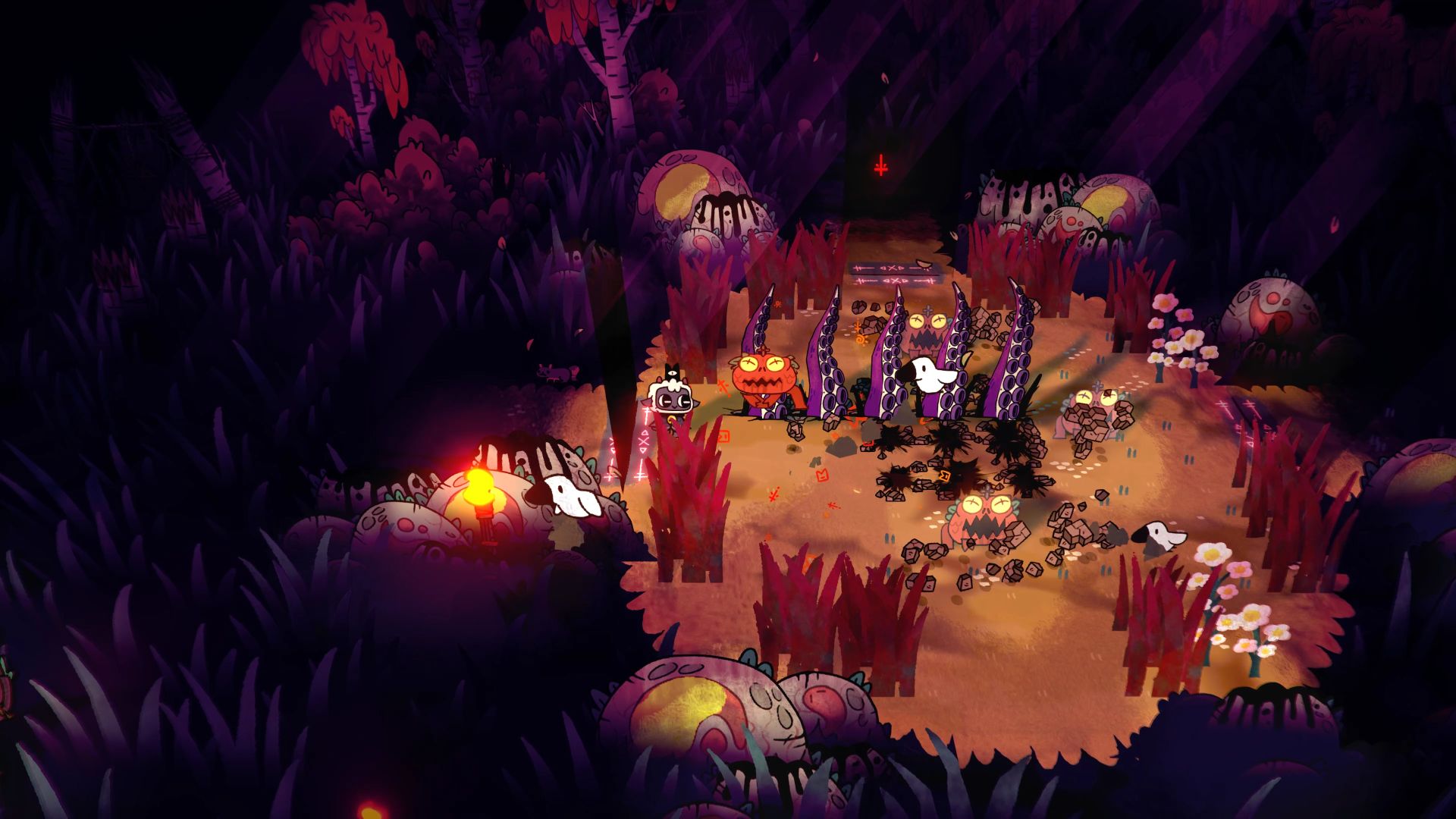 And this bit if base management ties in perfectly with the dungeon crawling, giving you reasons to go out and collect resources, rescue new followers (or recruit them by force in necessary), find new commandment fragments in order to create new Doctrines that help shape your cult, gather enemy bones for rituals, steal Devotion from other shrines and more. All of this eventually helps you create an even bigger cult with more followers and new challenges, which helps boost your skills in order to help out with the action bits, creating a perfect synergy that easily makes for an addicting gameplay loop.

The tried-and-true roguelike combat works perfectly with the actual cult management in order to create something special, and as such, it’s easy to see why those who have had a taste of Cult of the Lamb are eagerly anticipating more now. It helps that you can get hands-on with your cult as well, granting gifts and blessings to follows in order to increase their loyalty, or even customizing their appearance, allowing for players to become more connected to them…which means all the more motivation to keep them alive. And the style does do the best job possible at giving everyone unique personalities and making them feel like characters worth getting invested in, and the whole thing is quite the visual feast. 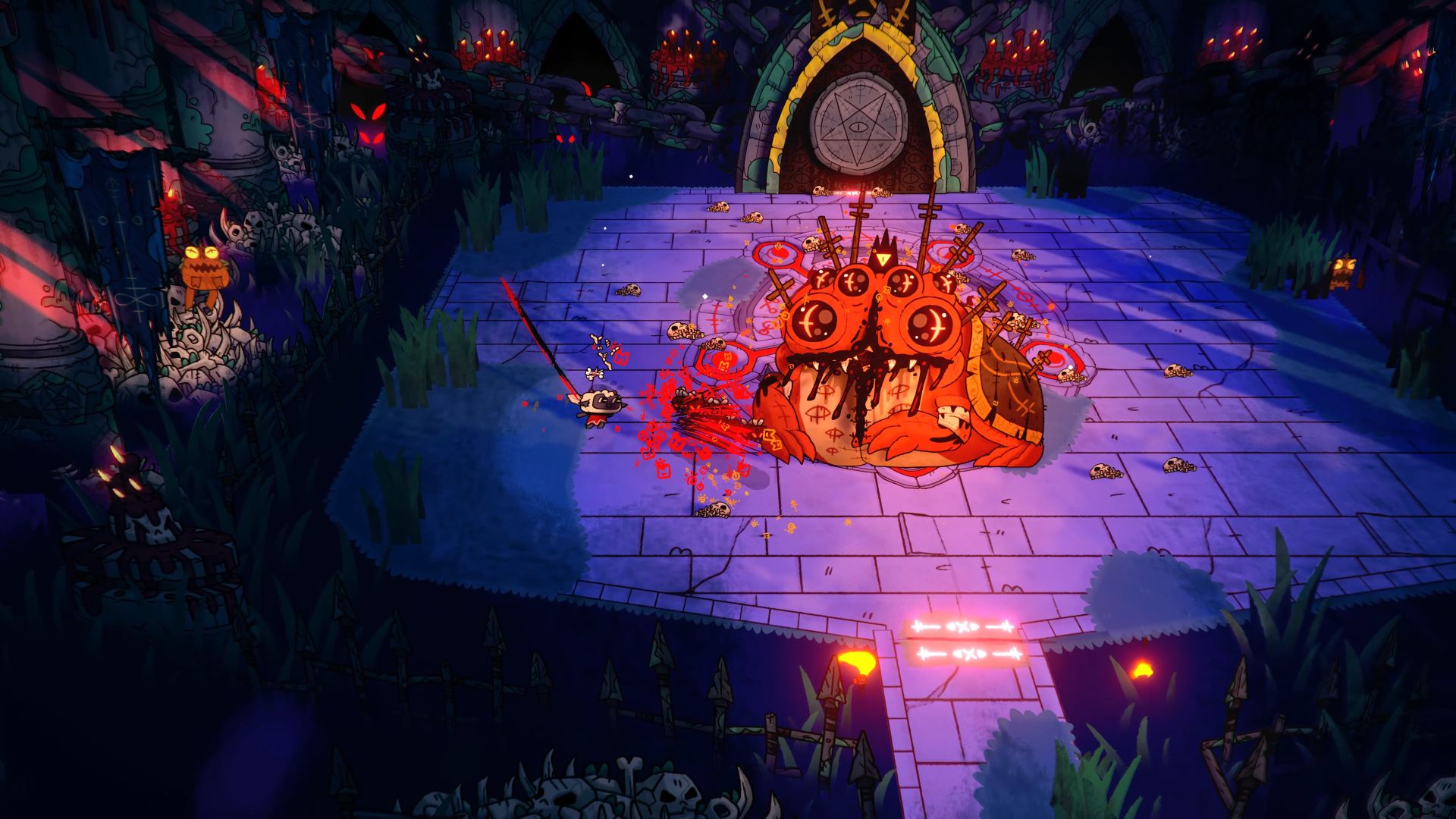 There’s more to get into when it comes to Cult of the Lamb, including games of chance you can spend money on, challenges to find, hints of a deeper story and much more, but I feel that if I were to spend any more time on describing everything that our current preview has alone, we’d be here for a while. So we’ll save some bits in anticipation of our eventual review, but let it be known that Massive Monster have crafted a mixture of genres and styles that has the potential to be something special, so prepare to potentially become a follower when Cult of the Lamb arrives for all major platforms on August 11.