For anyone who stuck around to watch the entirety of Nintendo’s recent Nindies Direct, you more than likely caught sight of a Metroidvania that wasn’t like the rest of ’em. Liberating one’s self from the horrid clutches of gravity — albeit one solitary directional pull of gravity — has indeed been around for quite some time, both in the independent space and across a few Nintendo first-party titles as well. But what if I told you that the gravity-shifting set-up to Brazil-based developer Long Hat House’s Dandara was not an end, but rather a means to discover something else more evocative than a simple shake-up of natural physics? That for all the times you’ll find yourself hopping from floor to walls to ceiling and back again, what Dandara actually represents could in fact be taking more pages from the book of Souls than it is the tales of many a Metroid-like explorative adventure before it?

Even from its brief presence in the Direct, Dandara’s initial set-up and starting point is relatively simple to grasp: a surreal dimension of clashing settings and locales twisted by the very fabric of a multi-gravity realm. Yes, simple. And that’s precisely where any indication of “simple” vanishes right before your very eyes, because for something that, structurally, is adorned more predominantly by multi-level rooms and long-stretching corridors, Dandara’s trial-and-error, “easy does it” approach to difficulty reminds me more of something From Software might conjure. And this is before we get to mentioning the existence of camp sites dotted about the game that are used to both save as well as replenish lost health. Health which is scarce and very hard to recoup when outside these designated save/safe spots. 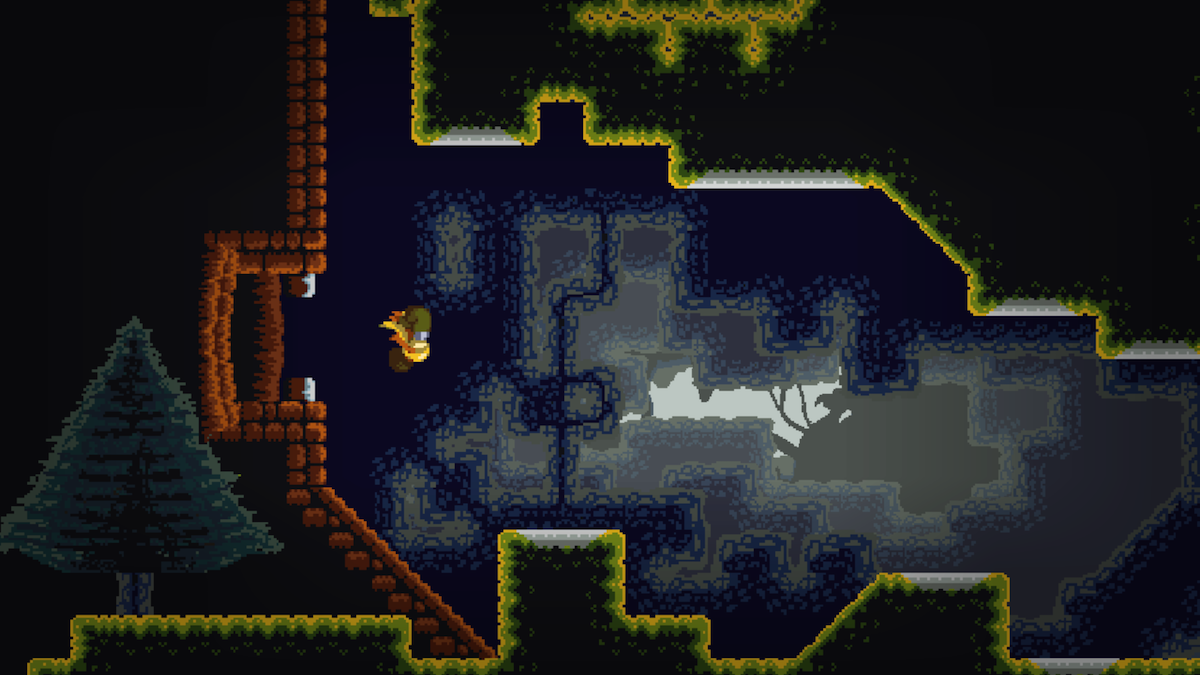 But Dandara doesn’t stop there; just as you get used to the game’s unconventional means of movement, comes the most demanding system in place which is of course the combat — or be it, the limited means with which the titular character can defend herself. Dandara’s solitary attack, a tri-beam projectile, has a fairly limited range and must — like one’s very movement — be aimed in a certain direction before firing, of which there is a short cool-down period before one can use it again. What this means is that players must pick their shots carefully while at the same time stay aware of their surroundings given not all enemies will stand static post and simply let you peek in and out of cover to make pop shots at their position. But at the same time, such is the ease at which players can fix themselves on the notion that it’s all about darting around a particular room or corridor in the quickest or most efficient of manners, it’s easy to lose sight of the need for an ocassional defensive shot when certain types of enemy can materialize out of thin air or some are completely immune to your attacks entirely.

So while the explorative aspect and warranted repeat-returns upon acquiring a certain item or activating a particular switch is indeed in abundance, it’s Dandara’s actual means of progressing through these environments that resonates most of all — for both the right and the not-quite-right reasons. For anyone who managed to sit down and play a few rounds of HoPiKo last year will instantly recognize the aim-and-fire mechanism Dandara uses in controlling your character — a line of trajectory and resulting landing spot indicating where you’ll move to, but only showing when the required move is at all possible given your current placement. While these controls work fairly well for the majority of times, don’t be surprised if getting to one of the more limited confines requires a bit more of a precise homing-in — cursor at points frustratingly darting left and right of your desired spot before finally settling on your preferred position. 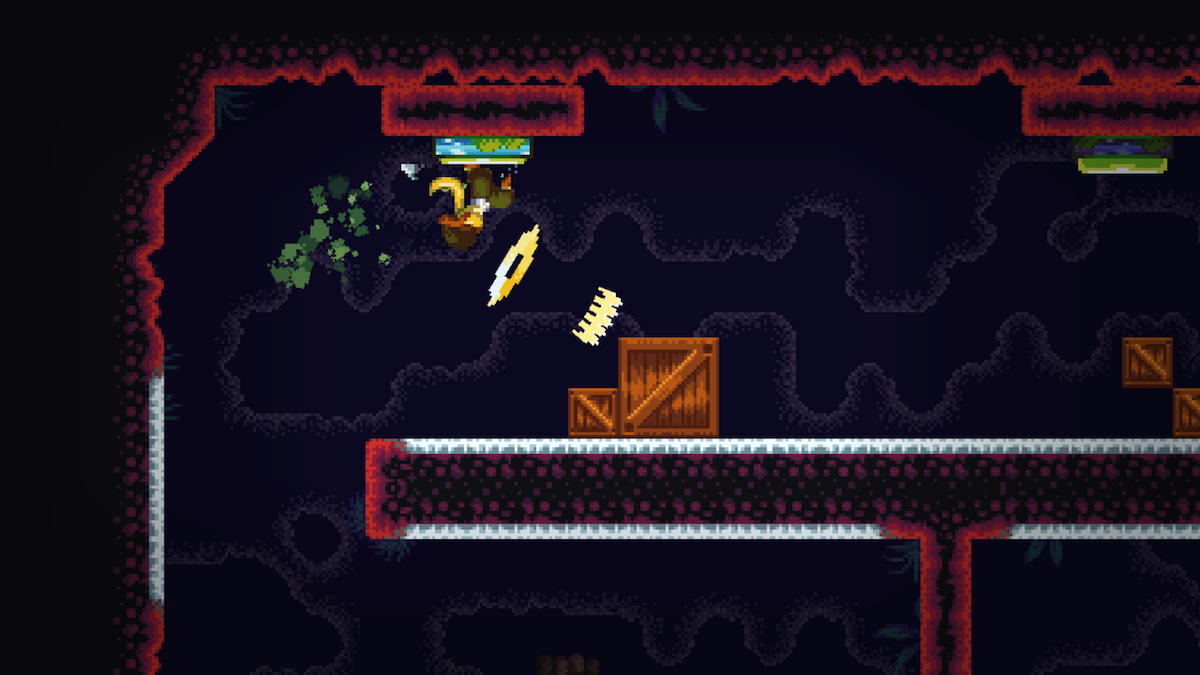 Whether this is an issue with the Switch’s analog sticks remains to be seen, but thankfully not all of the peripheral’s means of input are as questionable in that regard. If anything, the way Long Hat integrate the use of the touch-screen actually provides an interesting alternative to the traditional convention of using analog controls altogether. As far as I can tell, Dandara is one of the few games on the Switch thus far that can be played entirely devoid of controllers, Joy-Con and all. Taking hold of the screen stand-alone, the game’s means of input is then separated spatially into two invisible halves during gameplay — the left half of the screen taking charge of the aim-and-release movement while the right half controls the attack prompts in much the same aiming fashion. What you’ll likely be surprised to hear is that the touch-screen controls actually sync up flawlessly given the fairly limited space of the Switch’s screen with which either critical gameplay mechanic is given. Though it does still require players to pick and choose their desired points, for all the talk about HD Rumble, Dandara makes great strides — and rightly so — at shining a bit of overdue light on another one of the Switch’s potentially interesting avenues for other developers to explore.

Yet even without this optional (because that’s the key here, that this is an optional method of control rather than one forcibly placed upon the player to get to grips with) approach to interacting with the gameplay, Dandara is perhaps one of the more interesting uses of the Metroidvania method of delivery for the way it uses its explorative leanings as more a starting point to stem out from, rather than the solitary purpose of the game’s premise. No doubt there will be plenty of stupid mistakes, quick deaths and ample insistences on finding the next campfire made by those playing through the game, but that’s exactly why the game’s hooks end up clawing so deeply into all potential players’ line of thinking. It’s a devious game, masking a challenge that isn’t immediately obvious to begin with beneath a rather simple affair of 16-bit colors and baffling surrealist imagery. So to say the surreal nature of its premise is perhaps the least-poignant aspect here, is a clear sign that Long Hat House’s Switch-exclusive title might well be a delight in the making when it arrives on Nintendo’s system this Summer.