There are many statements about the past that show reverence to days gone by.  Those who do not learn from the past are doomed to repeat, one cannot know where they are headed unless they know where they’ve been and so on.  We get it.  Learning about the past is an important part of life to better understand where we are, where we are headed and what mistakes we should consciously try to avoid.  Sometimes, though, the past is kind of lame and cannot answer the really important questions.  Namely, between knights, samurai and vikings, who is the biggest bad ass?  This debate has gone unanswered for centuries, until now.  For Honor features several competitive multiplayer modes, more on that here, but that article only really acknowledged the existence of Duel 1v1 without much further explanation.  The time has come to rectify that, and we shall discuss this mode in more detail.

As one can gather from the title, the Duel is an old fashioned one on one battle to death, done in the more contemporary format of brutal combat best three out of five rounds to the death type of format.  What is interesting about the Art of Battle system used by For Honor is that it does not rely on specific quarter circle button special moves or being about to pull off a 36 hit combo like a lot of fighting games but is able to be its own unique form of strategy.  The Art of Battle system has come the closest out of games I have played to replicating real combat with a melee weapon while still having your thumbs do all the work while maintaining status as a lump on the couch. 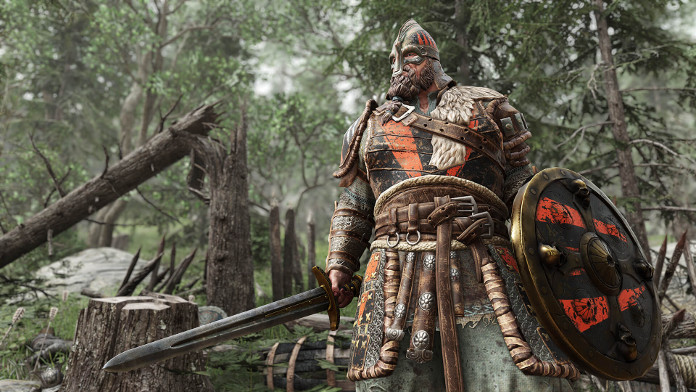 The Duel mode allows all of the focus to be on your opponent without the distractions of other fighters or trying to maintain position on captured land.  This allows it to be a true test of how well you and your friends or online strangers have mastered the Art of Battle.  How this system works is while holding the block button the right thumbstick moves your character’s guard.  You want to guard the same direction that your opponent is attacking, and you want to strike them where they are not guarding.  I don’t think it is possible to state that in a more obvious way, but understanding the concept and putting into practice with some level of mastery are two different things.  In addition to blocking and attacking, there are other matters to be cognizant of in battle.  The stamina meter never lasts as long as one hopes, and there are other moves to factor in such as throws and guard breaks.  Environmental factors, such as kicking your opponent into fire, can also help tip the scales in your favor.

For Honor has twelve available characters, four for each faction of knight, samurai, and viking.  Each faction’s four characters are essentially the same four types across the three groups, so for a one on one fighter the character options are limited but that is not a real deterrent to enjoying this mode.  For one, For Honor is not a one on one fighting game, this is just an extra multiplayer mode that adds value to the game.  Secondly, the way the combat is designed the Art of Battle places a greater emphasis to understanding the combat mechanics than mastering a specific character.  Some characters have longer weapons, some can deal heavy damage and others can take a beating.  During my time with the demo, I had the best luck with the Orochi character.  This was the assassin type character used by the Samurai.  This was the quick and nimble character, and the way I like to approach fighting games this made that character the best fit for me out of the available options. 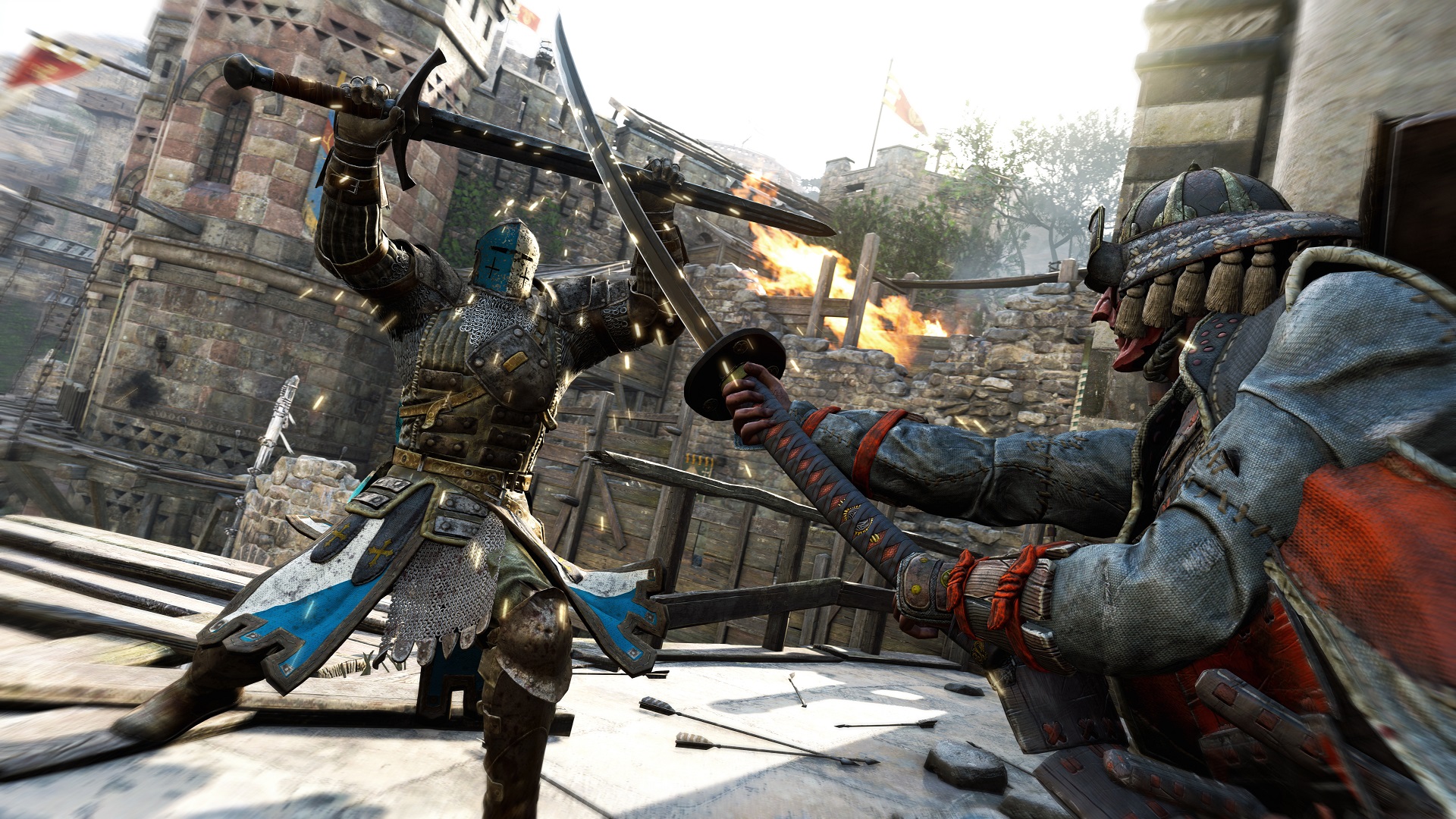 While a relatively minor portion of For Honor, the Duel 1v1 mode has a lot of depth to it.  None of the characters have a major advantage over any of the other ones, success is based on how well a player can play the Art of Battle system to their chosen character’s strengths.  The battles are paced but button mashing will only succeed against another button masher.  To really excel at the duels, one must learn this system and develop the skills to act and react quickly based on their opponent’s moves, just like the historical counterparts to the playable characters did.