Diablo II was one of the best games to come out in 2000. In the twenty plus years since its release the number of people on Battle.net servers battling the Lord of Terror have dwindled, but during the early aughts many of us spent countless hours experimenting with character builds and staying up way too late playing with our friends online. Besides moving on to newer games, Diablo II fell out of favor partly due to advancements in hardware. Diablo II: Resurrected brings the classic game with some updates to modern PCs and consoles. For the first time ever it can be played on something other than a PC and over the past weekend’s open Beta we did just that, and primarily want to focus on some of the new technical changes that are coming with this version.

Diablo II was always a keyboard and mouse game, and unless they added it in with a recent patch, after my Diablo II days have ended this is the first time it can be played with a controller. The controller is pretty much mandatory for Xbox and PlayStation and like the console ports it actually works well. Diablo II was designed to played with a mouse and keyboard, and while that setup still has the greatest quickness and precision, the controller works well with Diablo II: Resurrected. Belt potions are handled with the D-pad, attacks and various skills can be assigned to buttons of the player’s choosing and L2 allows a second set of hotkey commands. A controller can be used on PC, but most veterans will probably want to stick to the traditional set up, even though the controller works well enough where consoles seem like they will make a nice home for this title. 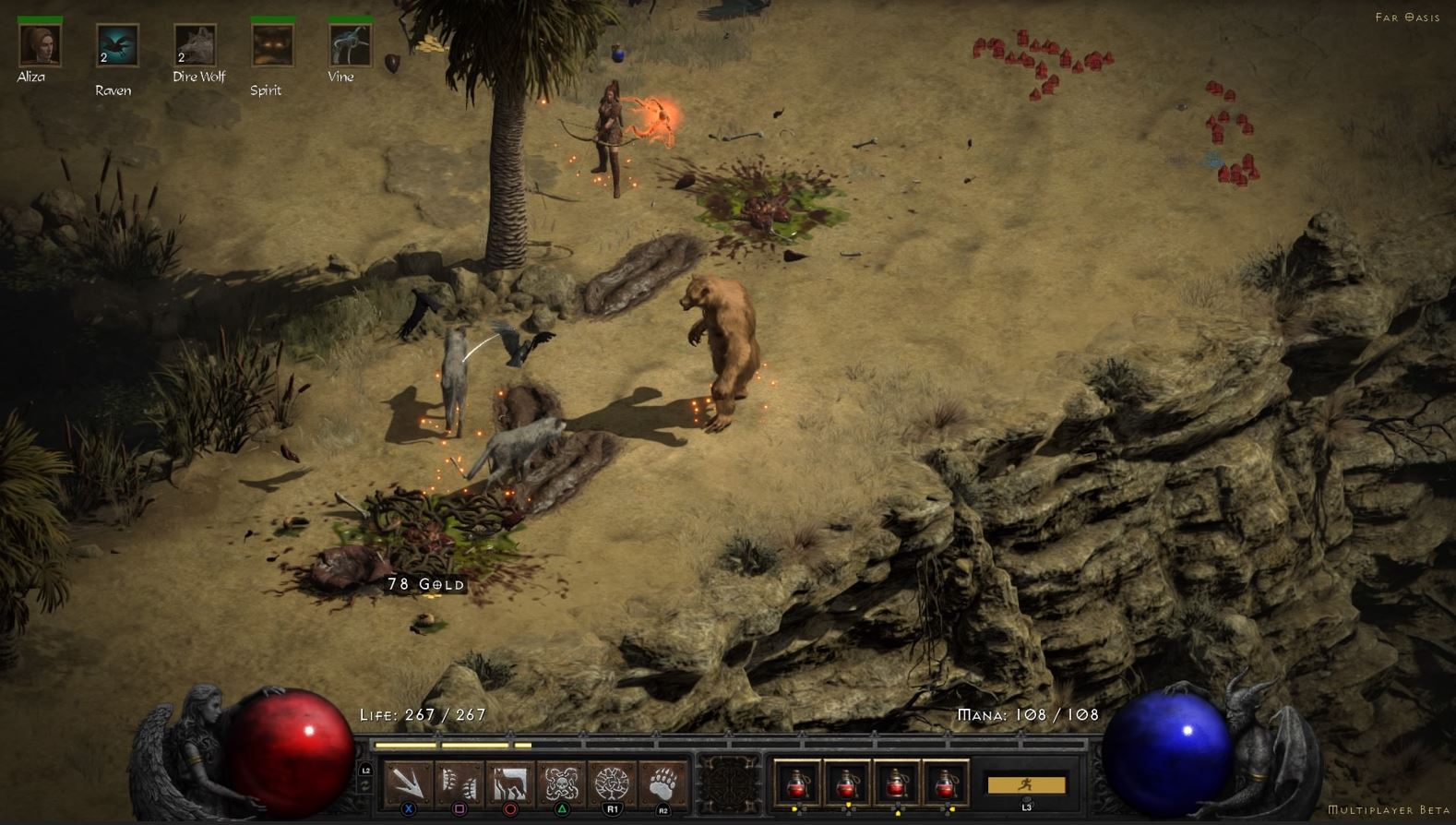 During the Early Access Beta Diablo II: Resurrected was played exclusively on PC. For comparative purposes the Open Beta was played on PlayStation 4. All progress from the previous week carried over, so should someone wish to own Diablo II: Resurrected on multiple platforms it appears that cross save will be an option. Now, this particular Beta was focused on multiplayer so it was the characters saved on Battle.net so we can’t infer from this that single player characters will have cross save, but it seems like it would be a safe bet. The only thing that didn’t transfer over between platforms were the skill bindings but that is likely due to the different inputs on console controllers and PC.

Besides the controller and a few other quality-of-life improvements Diablo II: Resurrected plays just how it did twenty years ago. The graphics have been reworked to support 4K resolution, making the original graphics pop on HD monitors and those cutscenes have been completely revamped. The private stash in town has been expanded so there’s one section devoted to the individual character and three other sections where items can be traded easily among characters on a single account which makes collecting set items much easier. The biggest quality-of-life improvement, however, is the ability to re-spec attribute and skill points. One of the more compelling things about Diablo II was experimenting with different character builds, but the drawback is after sinking dozens of hours into building a certain certain type you could be dissatisfied with the result or want to experiment with something else, but would have to start the game over from scratch with a new character. The main character in this Beta was a druid that was built to specialize in animal summoning and being a werebear. The druid also has interesting elemental magic and with the ability to re-spec the skill points the player can rebuild the druid to specialize in those abilities and if that doesn’t work out they can switch back. During the Beta there was rare lag issues, but given that it’s a Beta we can give the benefit of the doubt that the servers will hopefully be optimized for the retail launch. 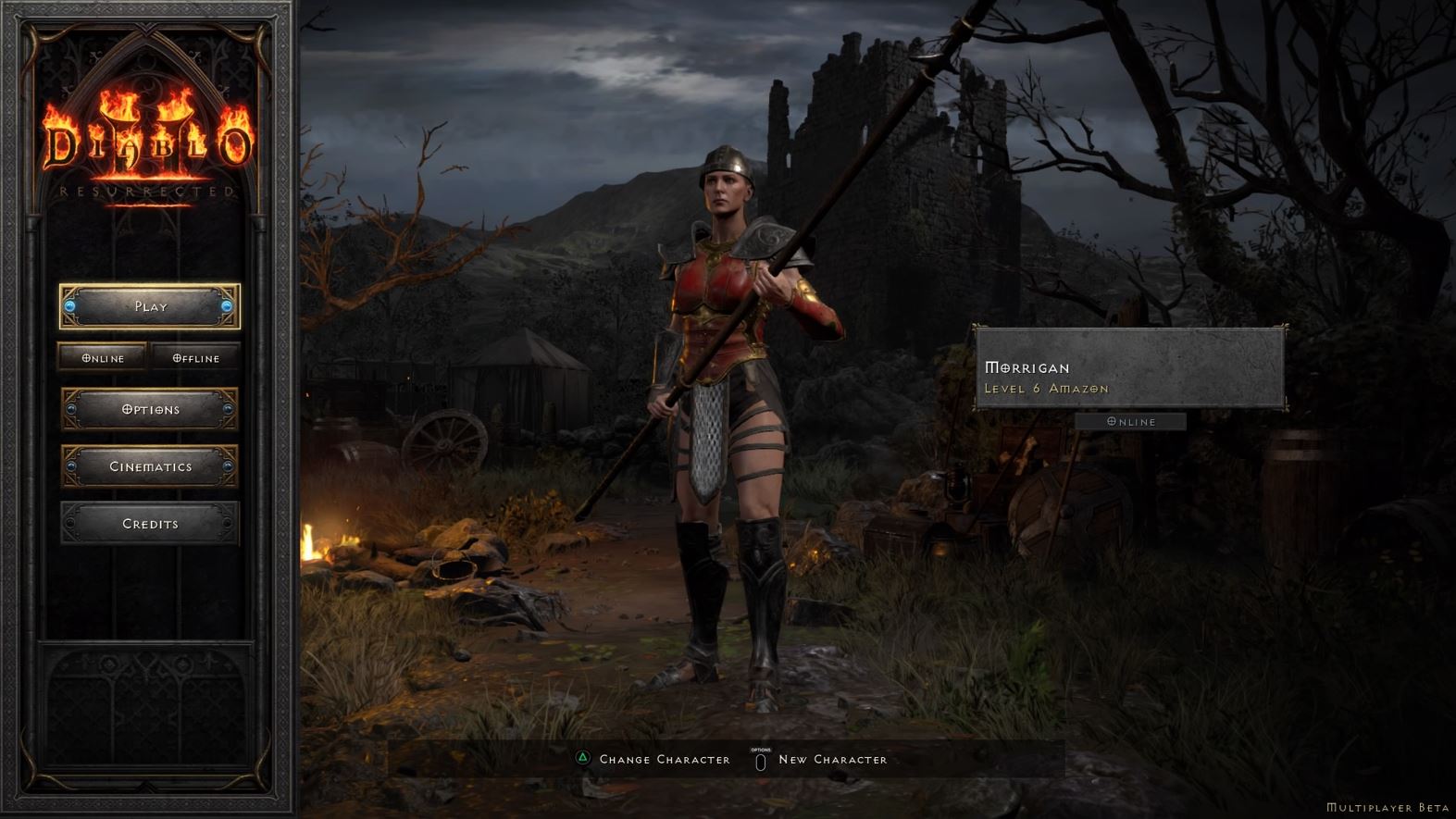 Diablo II: Resurrected doesn’t bring a lot of changes to the title and that’s just fine. The bulk of the tweaks seem to be making the game easier to enjoy by a larger audience on all the modern gaming platforms. Most other changes are either cosmetic or time savers, allowing players to still build their custom character builds but have the freedom to do more experimentation without being committed to a particular build if something didn’t work out the way they hoped. It’s been several years since I’ve dusted off my copy of Diablo II, but this Beta was a reminder of why I sunk so many hours into that game long ago. Diablo II: Resurrected is scheduled for a September 23 release for PC, PlayStation 4 and 5, Switch and Xbox consoles.