In the early 2000s many PC gamers spent countless hours with Diablo II. Whether it was hunting the Lord of Terror in the single player campaign or logging onto Battle.net into the wee hours of the morning with their friends, this was a game that remained entertaining long after its release with some that would even argue that it remains the superior Diablo to the 2012 Diablo III. When Blizzard announced Diablo II Resurrected, the announcement was met with nostalgia-driven excitement that was unfortunately blunted by caution inspired by the lackluster Warcraft III Reforged. Blizzard recently had a single player Technical Alpha which allowed a few players to get some hands on time with a work in progress build of Diablo II Resurrected.

The Technical Alpha offered a glimpse into what can be expected with Diablo II Resurrected. Naturally the full game was not accessible, only the first two acts and three of the available characters: the Amazon, Barbarian and Sorceress. Diablo II Resurrected does include the Lord of Destruction content, so even though they weren’t playable the character selection screen did include the Assassin, Druid, Paladin and Necromancer. The Lord of Destruction expansion did add a lot to the base Diablo II experience, and during the character selection process it appears all the main nostalgia boxes have been checked.

Getting into the game the changes are apparent but for the most part subtle. The characters and environments look much smoother in their new HD resolution, and players have the option to switch the display from the classic 640 x 480 to the 800 x 600 that was introduced with Lord of Destruction. The animation is a lot smoother and the sound is now mixed for Dolby 7.1 surround sound. Aside from the increase in quality, nothing looks too dramatically different. This is the classic Diablo II experience but given a facelift to perform optimally on modern hardware. The 27 minutes of cinematics are being rebuilt from the ground up to take advantage of modern resolution standards, but for the Technical Alpha the classic videos were used as placeholders.  The on-screen action isn’t as frantic or detailed as modern games, but Diablo II Resurrected still excels at keeping a player interested by the constant level grinding and loot hunting. This Technical Alpha only focused on the single player campaign, but Blizzard is planning on a multiplayer Alpha sometime this year. 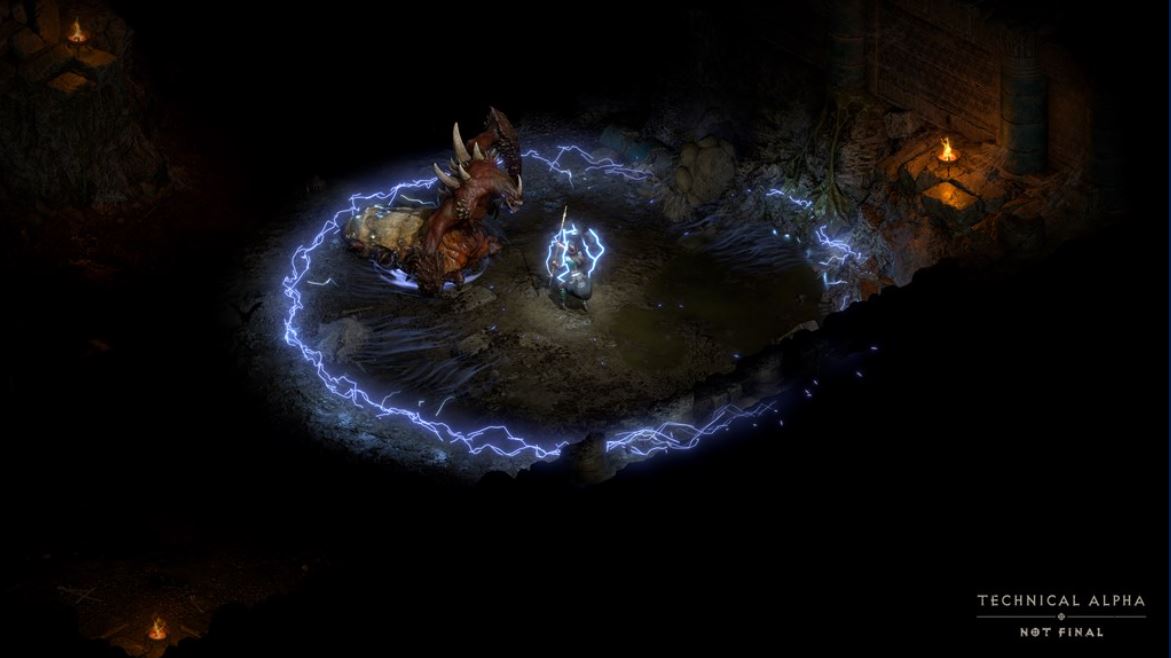 The Technical Alpha played exactly as Diablo II is remembered. The character begins in the Rogue Encampment with only the most basic equipment. As the player progresses out into the surrounding areas, more suitable equipment is quickly discovered and Diablo’s minions are weak enough to ease the player into the game. This is rather short lived as after a couple quests the enemy hostility increases to the point where good equipment, skill strategy and potion consumption become important. The game plays exactly as remembered which is a simple mouse and keyboard set up with pressing the F1-8 keys a lot to switch skills and the first four numerical keys to guzzle health and mana potions. With console ports announced, controller support was featured in the Technical Alpha. Playing Diablo II with a controller sounds like blasphemy, but for the sake of educating the public I split the Technical Alpha between the classic mouse and keyboard and the new controller approach. The verdict is the mouse and keyboard is still the preferred to way to play, but once you get to used to the controller and how to bind all the hotkeys it works well enough where Diablo II Resurrected will likely be successful in making its console debut.

A new feature that was discovered in the Technical Alpha (they have since added it to the classic Diablo II in a recent patch, but it’s been a few years since I dusted it off) is the ability to reset stat and skill points, which is a great addition. One of the best aspects of Diablo II was experimenting with different character builds, but with limited skill points you’d have to commit to a development plan and if it didn’t work out too well or if a patch ended up nerfing your build, you’d have to start over with a fresh new character. An example of this happening is at Diablo II’s launch you could make the Necromancer pretty much invincible by putting a lot of points into Corpse Explosion, Iron Maiden and Blood Golem which was great until an early patch toned down Corpse Explosion, making this build a lot more difficult to play. Having the option to just reset everything allows the player to experiment with different skills without having to invest the time in leveling up multiple versions of the same character. While some of the hardcore players may denounce this as something that dumbs down and the game and makes it more accessible to casual players, after having spent two decades with the game, it’s a nice option to be able to change an Ice Sorceress into a Lightning Sorceress or transform an animal summoning Druid into a Werebear tank on a whim. 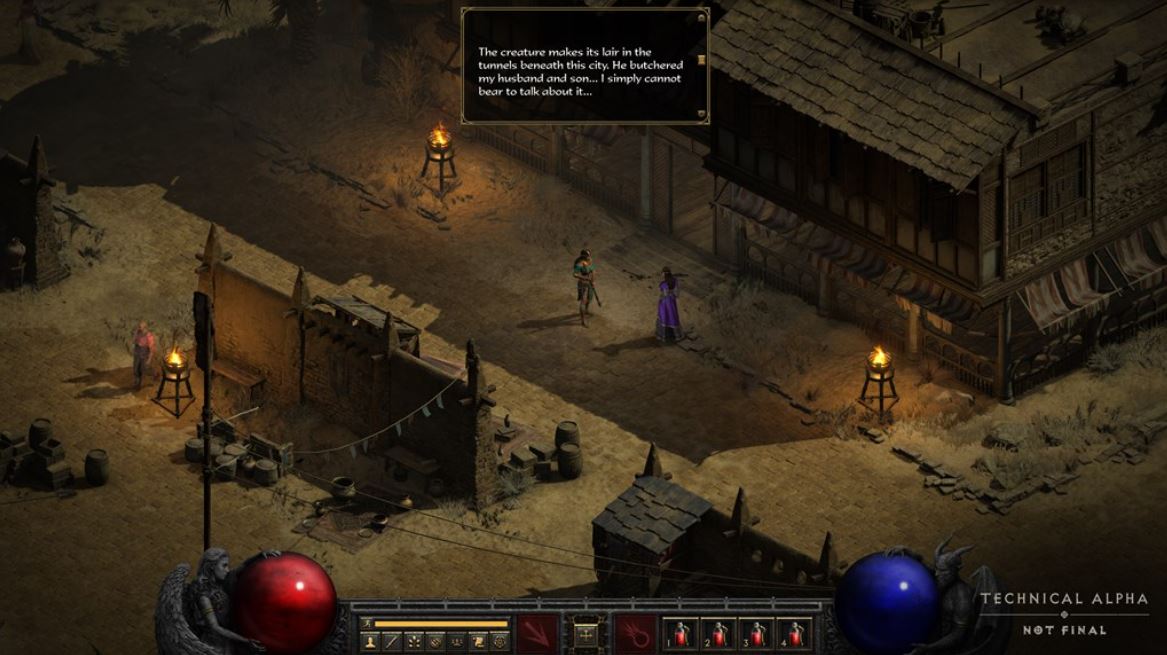 After spending more hours playing the Technical Alpha for Diablo II Resurrected than I probably should have over the weekend, the excitement for this remaster has only increased. To temper expectations for anyone reading, this is a twenty year old game and it plays like a twenty year old game, and most of the excitement for this is fueled by nostalgia. Aside from looking and sounding better, the ability to reassign skill points and adding a shared space to the private stash between a player’s offline characters, this is the same classic Diablo II, or at least that’s the impression the Technical Alpha gave. This means that no unnecessary changes were made, but also the gameplay conventions from twenty years are still in place which may be off putting to newcomers. Overall, as anyone who just wants to revisit Diablo II as they remembered it, Diablo II Resurrected looks like it will deliver. Diablo II Resurrected is scheduled for release to PC, PlayStation 4, PlayStation 5, Switch, Xbox One and Xbox Series X/S.