It’s becoming increasingly difficult for a team of creative minds and talented individuals to bring a similarly-positive blend of uniqueness to the forefront of the 2D platformer. Be it literally 2D or extending towards the pseudo 2.5D mind-set, while 3D variants are in the midst of a comeback right now, platformers relatively confined to two dimensional directions have more than established themselves nowadays as a steady flow of content for users to digest — for better or for worse. Now and again you get that one release that either fundamentally spins conventions of the sub-genre on their head, or at the very least holds a bounty of content and opportunity to live long in the memory. It’s rare that you stumble upon a game  — or even find yourself stumbling in thought half-way through a demonstration of said game — and find yourself genuinely surprised by a mechanic or demonstration of such a mechanic to even be present, let alone used in an interesting way.

But that’s exactly what happened when I got to try the opening periods of a certain 2.5D platformer by the name of Embers of Mirrim. Originally teased at the beginning of this year in January, developers Creative Bytes may well be taking home an award regardless of how the remaining journey of their titular fictional species, the Mirrim, ends up. Because as much as I despise twin-stick games — the ones that have the two entities in question act independently of one another, thus requiring you to have two separate lines of thinking running in parallel at all times — the way in which Bytes implement and sequence these moments makes me feel just that little bit less aggravated at the idea of somehow tearing my cranium into two individual halves in order to handle the transcending complexity of it all. 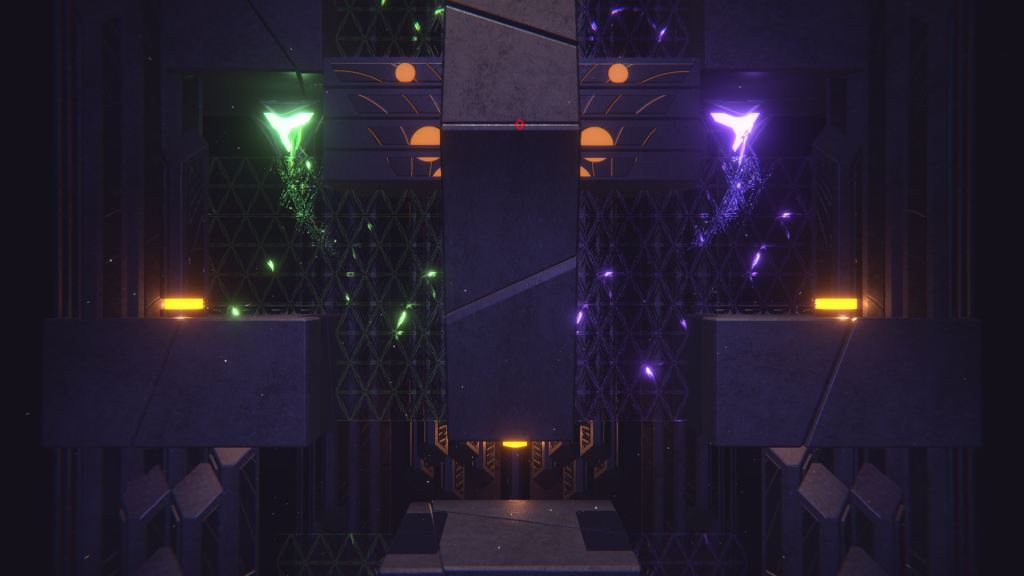 For that, this particular studio have already made their way into my good books; in actuality, Embers of Mirrim is a relatively simplified game in terms of controls and mechanics. Upon having your two “halves” meet up — learning the basics of the game’s lock-focused, sequencing style of puzzle-solving — it’s up to the player to use either stick to guide both halves up and around openings in the game’s environments. Be it having them move through a series of locks — avoiding or otherwise making use of sections that alter the amount of time you have when separated — or simply getting to the end goal before time is depleted entirely, while there is some asynchronous movement to get right, at least from early proceedings, the puzzles gradually and carefully increase in scale in accordance with the player’s progression. There are no blatant instructions to read through or button prompts to shoo away; the lessons learned are by way

Not all of the fusing-separating puzzles are static and given your Mirrim character can also jump and even glide across wider spaces, some moments also require a little careful precision as well as smart investment in the time you have at your disposal. There are even segments completely divorced from any degree of puzzle-solving, meaning that players will likely come across an ocassional, classic segment of platforming maneuverability to help break up the natural flow of progression from time to time. An important note to take of also is that when separated, your two halves can only be apart from one another to a certain distance — a tether if you will popping up only when you’re near the limit, emphasising the need to be both quick and smart in working out the correct order of locks or how to use certain areas of effect. 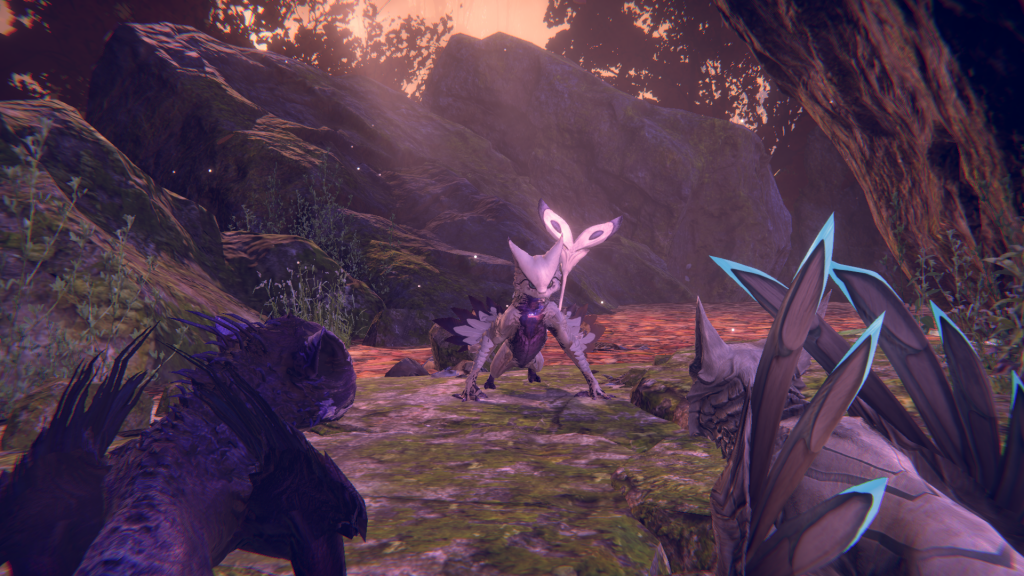 There’s little that can be said on the environments and art direction itself as the demo only provided a glimpse of the geological landscape and setting of the game before plunging me straight into the desolate, fire-lit caves that lasted the remainder of the demo. Interiors that seemed to act less like a means to convey a story and more simply to surround the more fundamental elements which were the gameplay and the puzzles themselves. For a game centered less on fully walking-talking-emoting characters or human beings and more on an actual creature, an animal — one with a bit more restriction on one’s expressions — the only concern perhaps will be on how strongly the narrative side will shine when moving through these 3D-rendered corridors full of gates to unlock and puzzles to potentially tear one’s hair out over.

But who knows: I just came across a game that uses asynchronous twin-stick controls and doesn’t annoy me…so on that basis, anything’s possible! Here’s hoping Creative Bytes can do justice and add but one more fresh take on the conventions of platforming when Embers of Mirrim releases later this year on PS4, Xbox One & PC.