Codemasters looks to be breaking out all of the stops for the upcoming DIRT 5. A new way to create and share tracks will be implemented into the game. Playgrounds will allow players to choose between three challenge types to create a sandbox for other players. The mode will include various objects ranging from hay bails and giant sewage pipes to rings of fire and extremely high embankments. This all seems like it was pulled out of Travis Pastrana’s wheel house. Codemasters provided a hands-on build for one of the challenges to try out.

The first challenge is known as Gymkhana. This should be a familiar name for racing fans and the mode will allow players to create a track in an arena with the focus on completing as many tricks and combos within a time limit. Smash Attack will truly embody the name of the challenge as players will earn points by smashing into inflatable objects. Players will race against time and avoid penalty boxes. Lastly, Gate Crasher was the challenge that was available in the build. The idea behind this challenge is simply passing through all the checkpoints to the end.

Playgrounds is something totally new to the franchise. I asked the Game Designer for DIRT 5, James Witcomb, about what the inspiration was for this new mode. “The initial idea came from one of the execs,” Witcomb mentioned. “They asked if it would be possible for players to place objects around a track and interact with them. We built on the idea, creating bespoke arenas and added some structure to make the feature fun and engaging. We then refined each of the Playground game modes, so each brought something new to the game. We looked at other editors available and spent a huge amount of time iterating and improving what we had, and we listened to feedback. It was new territory for us and it’s been great to see the servers starting to fill with ingenious Playgrounds!” 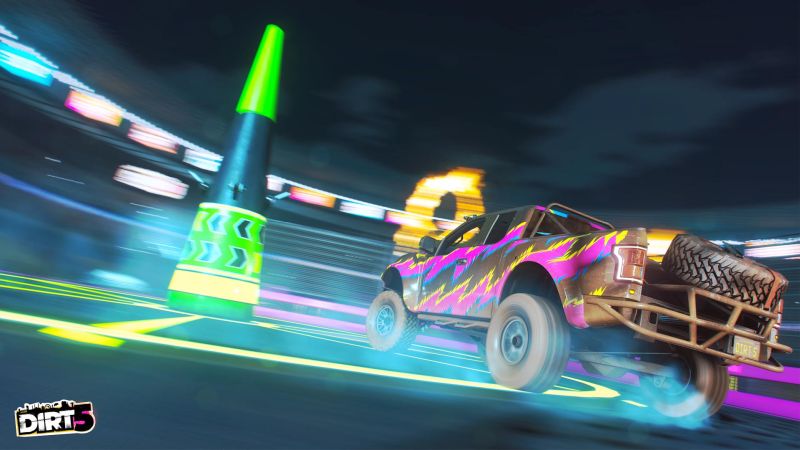 Jumping into one of the already created courses in Gate Crasher provided a direction for creativity. While the concept is simple, it’s filling in everything in-between in such a compact area. Again, the areas are arenas and not some elongated landscape. This course raised and lowered elevation with sharp hairpins and towering spirals. The course went back and forth between dirt and tarmac and include shift-backs and chicanes. It almost felt like an insane parking garage and this particular design focused on being able to drift all the way up this spiraling area. It’ll be entertaining to see more complete and polished courses over time be released.

In terms of these tracks coming together, I asked Witcomb to provide a deeper perspective. “Each of the modes has its required objects, such as the Checkpoint gates in Gate Crasher or the trick objects in Gymkhana. Each mode requires a minimum of these objects to be placed, to make sure the Playground is functional and can be published. Players can use as few or as many of those mode-specific objects as they wish, depending on the kind of challenge they want to create.” Witcomb would go on to say, “In terms of how Playgrounds physically come together, it’s up to the player and the process that works best for them! A start gate is required to test and publish the Playground, but it can be one of the last objects you place if you’d rather block out a layout first, then refine positions of specific objects later. There are no objects that require another ‘type’ of object to be placed first — you can go straight in creating a track layout using hay bales or build straight up using the modular blocks available — It’s entirely up to the player.” 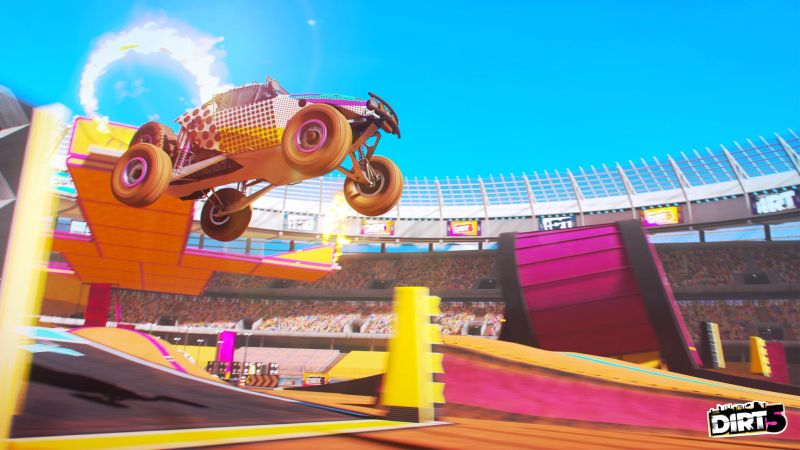 The implementation process for track creation and sharing is simple. There will only be one car at a time on the track, but multiplayer will go based off of times and point. Witcomb further broke this down. “Playgrounds offer asynchronous multiplayer, each with their dedicated leaderboards, including one for friends. After carefully crafting your Playground, as part of the Publish process, you will need to perform a validation run to prove it can be completed, which will become the first entry on the leaderboard. From that point onwards the floodgates open, and any player can try to beat your time or score.” When creating a course in Gate Crasher, you will have a choice of three locations. You start with a clean state and place a start box that you can then rotate to face the direction you would like. Placing dirt or tarmac embankments, hardwood jumps, high-rise fencing and literally tons of other objects to complete the course are manageable. Including checkpoints and focusing on one at a time may be the best bet to get the most out of the course. I had a track that featured whoops and long sewer pipe that ended up at a tall and narrow half-pipe that basically had me flying in the air and just crash landing; it was hilarious. The opportunity for endless entertainment in DIRT 5 is here.

It seems obvious that there’s going to be crazy setups created in Playgrounds. I asked Witcomb about an example for an insane situation with the Playground. “There’s nothing to stop you from placing objects completely unsupported in midair,” Witcomb said. “An example could be a Gymkhana built hundreds of feet above the ground with tricks overhanging sheer drops. Misjudge a drift and you’ll have long enough to consider precisely where it went wrong as you plummet to the ground!”

The Career Mode in DIRT 5 seems to be getting the main focus for the game. Curious if Playgrounds will connect at all with the Career Mode, Witcomb told us, “Our Career features Gymkhana events, so naturally, we used the Playground tools at our disposal. It’s a testament to the power of the tools and the variety of the objects available, in that the Gymkhana events can sit alongside the dedicated tracks and routes crafted by our artists.”

Codemasters is looking to offer quite a bit for players in DIRT 5. On top of the Career Mode, the Playgrounds Mode should allow for a ridiculous amount of replayability and will keep players engaged with their creativity. The game does seem like it will further separate arcade play from the simulation play of the DIRT Rally series. DIRT 5 will launch on PlayStation 4, PlayStation 5, Xbox One, Xbox Series X, PC and Google Stadia later this year.

Check out some screenshots below: 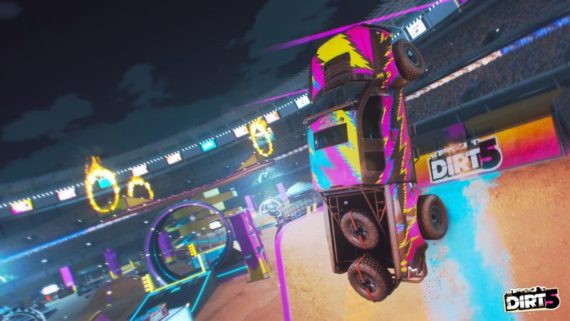 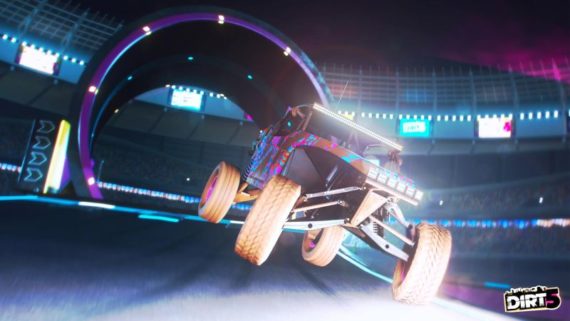 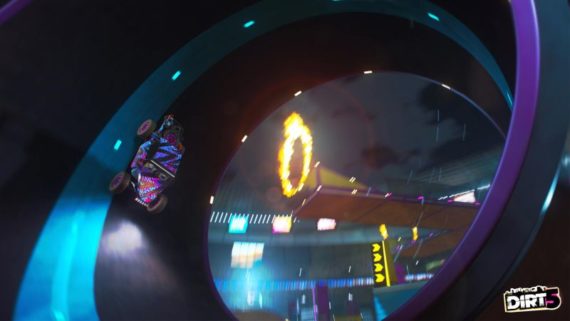 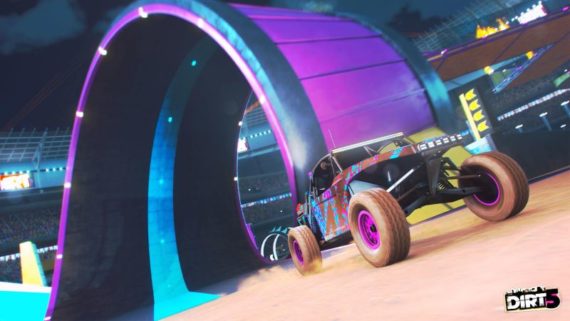 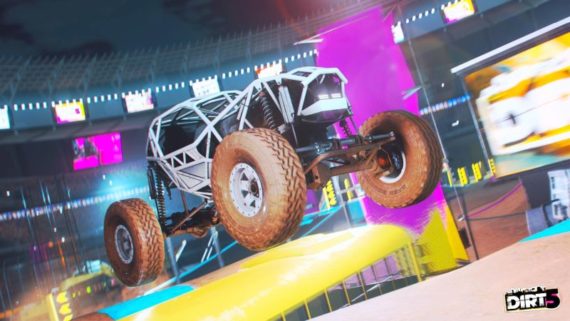 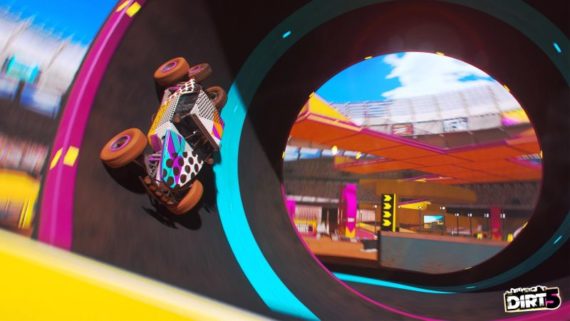 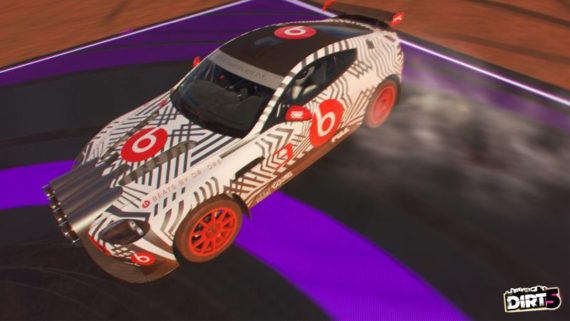 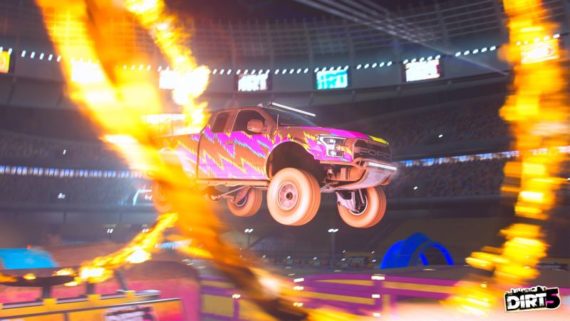 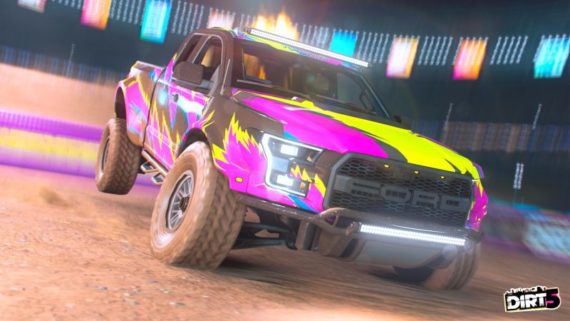 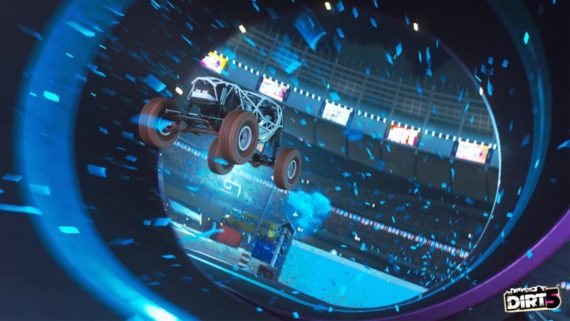