The line between nostalgic and simplistic (as blunt as I often am, I feel it’s wrong to use the word “lazy” for this particular counter-description) is a thin one. We’re talking millimetres here; sure your intention might be some kind of reconciling with a previous generation and/or old-school principle of design, if not performance, but the very sight of a pixellated or otherwise less-complex array of geometry within any game, often leads many onlookers to grow more suspicious than they do intrigued. “Oh it’s just easier…” some might scoff, “…it’s just pandering…” others may wave off in satisfied disdain. While it’s not wrong to throw caution towards new projects, it’s best to look beyond the promo material to the real beating heart of any new project within the realm of video games. Gameplay, gameplay…bloody gameplay.

While the preview I played was no different to the stage demo we tried last month — a one-stage zip through a disturbingly masochistic rural American setting — there’s certainly more to discover and thus offer just praise for, beyond Dusk‘s frontal appeal of Quake-style, floor-sprinting, wall-bouncing shooting goodness. Call it surprise, call it a kind of numbing acceptance of modern day necessity to explain anything and everything within a player’s initial view, the immediacy at which one is flung into the arcane scenario is far more inviting than having a litter of tutorials cloud early proceedings. From the off, Dusk offers considerable respect to its player-base, whom more than likely recognise the abundance of narrow hallways and juxtaposing spacious outdoor sections as a means to better exemplify the rampant gameplay mechanics more than anything. 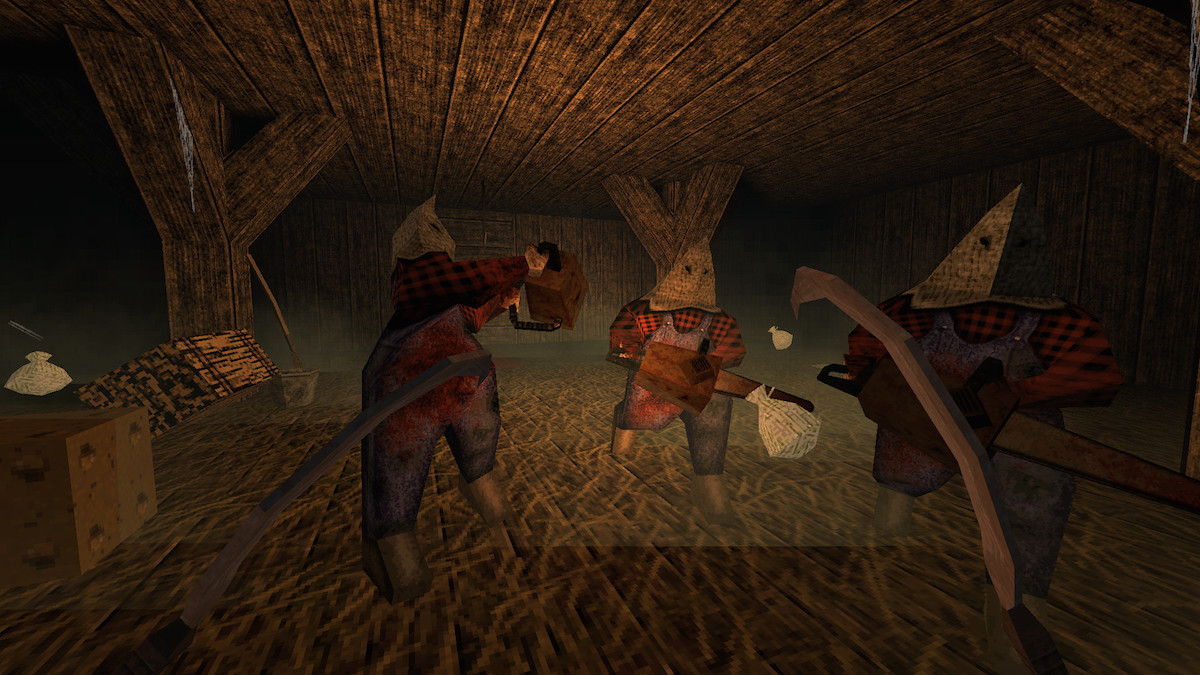 Indeed, Dusk comes across like a carefully-considered tailoring of a game aimed squarely at the crowd whom found favourable enjoyment running around a 90’s 3D space like a headless chicken. Albeit, a headless chicken wielding, to name a few, a super shotgun, a cross-bow and a grenade launcher. At points frantically smacking the number keys to switch between said arsenal. Be it near-habit of leaning against nearly every surface in the hope of finding a secret door — which you could argue itself leans too close towards predicability, regardless of the pay-off, emphasising that fine line between nostalgic and simplistic — or during the end-level boss-fight, Dusk makes no apology for sticking to the sub-genre’s explicit code of conduct when it comes to intertwining mechanics with some well-deserved challenge.

But it’s in-between such moments within the very minor-yet-major spots of brilliance that Dusk pulls itself up from being a potentially “neat” throw-back to something deserving some ounce of credit on pure wit. While I won’t spoil the finer details, there’s a point near the end of the demo where a certain item, though visible, is out of reach. On the surface, it looks utterly impossible to acquire and pick-up at close proximity like the majority of the weapons previous. Yet, by simply stopping for a second, looking closely at certain surroundings and deducing what might be feasible, you’ll discover — with glee — that Dusk, with all its blood and its gore and its hyper-violent agenda, still knows how to successfully tie puzzle-solving into its level design. 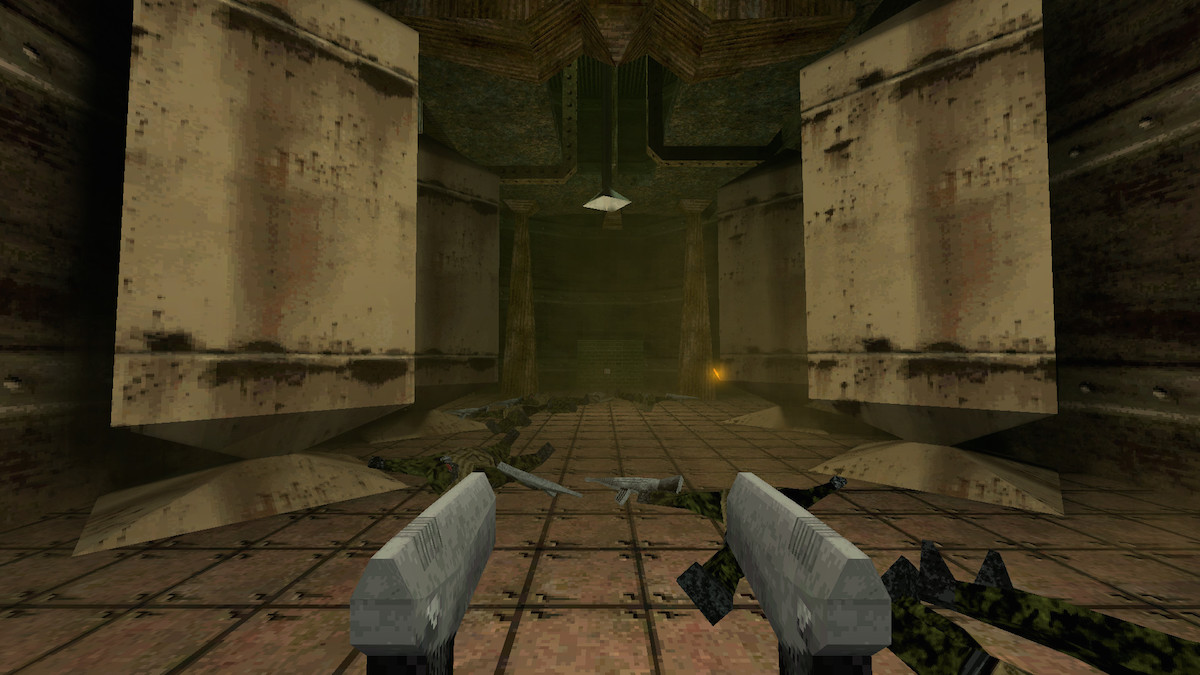 Moments such as these offer up even greater promise — though I stop short of calling it undeniable, concrete proof, given it was just one level — to the notion that developers realise that to sell their ideas, one can’t simply rely on pure, unfiltered nostalgia. This may sound like an overtly-obvious comment to make, but it’s a very easy trap to fall into for any developer wishing to rely on the traditions of old to circumvent the established ways of now. Was this why developer Pixel Titans decided to take a brilliantly left-field approach when promoting their own throw-back Strafe? To sprinkle in a little humor and subtle parodying of fellow shooters’ overly-pretentious marketing? Dusk may not be intending to go down the same ludicrous route, but for a title that — like Strafe — so clearly holding its influences dear to its heart, it’s crucial that players come to a title like this without fear of repetition or otherwise lack of creative endeavour.

And that is what’s most critical if Dusk is to succeed. Bringing back a style of gameplay that has long been buried in the past does come with its risks. The idea that behind the retro curtain lies a game with carefully pre-allotted challenge and all-round considered design is by no means exclusive to this one case. It’s one thing to hearken back to “the good ole’ days,” but that sincerity doesn’t give you a pass in leaving your gameplay, as much everything going on around it, feel baron. But Dusk is an interesting case for the way it (so far, based on what is an early level in-game) manages not to lose itself to self-indulgence. What’s more, if that one particular moment of smart level design as mentioned can replicate itself — thus proving this game to be as much about brains as it is splattering said brains into a thousand pixellated pieces — you can be certain that it doesn’t take AAA backing to remind people of the joy of a rampant, adrenaline-pumped, 90s shooter.