Borderlands took the world by storm with its loot-festive item management and well crafted gameplay. Without noticing the intro credits logo, it was hard to notice that gorgeous game was produced on Unreal. Due this September, don’t expect Gearbox to lie down and feed you with the same spoon with its follow-up. While it won’t change the mold, it’s a different game all together, with new additions and a more vibrant and exciting world to traverse. With assistance from the development team, we were able demo the game hands-on during E3.

For the first time, four of the main characters are playable: Commando, Siren, Gunzerker and Assassin. While my first choice has always leaned towards the luscious Siren, I wanted to try something new and being that Commando hasn’t been playable before, it seemed like the right pick. As this was a co-op demo, my buddy picked Siren and we were on our way. The objective of the mission was to destroy the statues of Handsome Jack, the main antagonist of the game, to bring down a small section of his reign of power. There was little story given to us as we just hopped right in, having everyone’s favorite claptrap bark orders at us. Handsome Jack, who somehow could communicate with you, would comically play-off taking down his statues, until he progressively got more frustrated. It definitely carries over the charm we know and love. 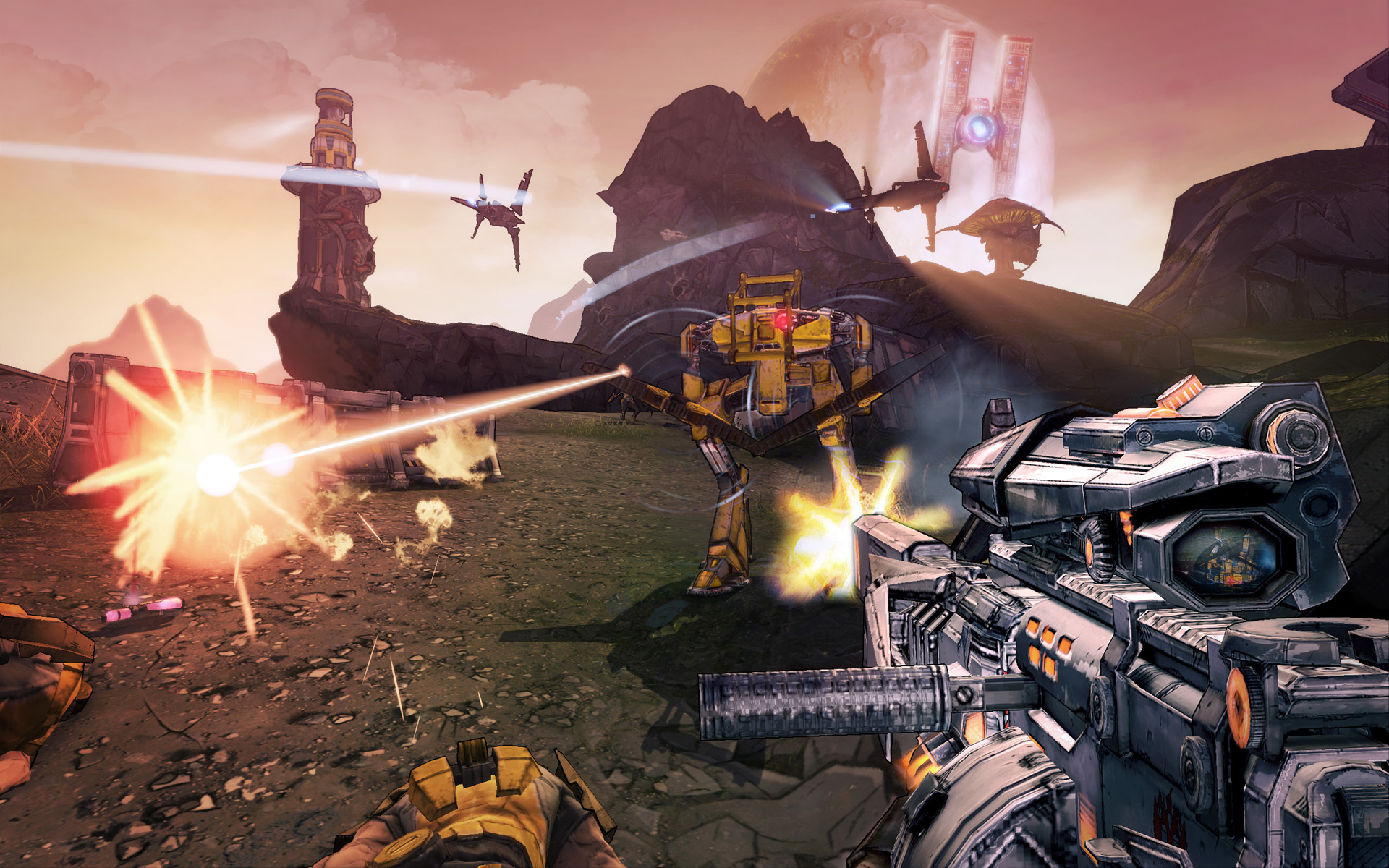 The phrase “if it ain’t broke, don’t fix it” comes into play here as little felt changed from the first game outside the user interface and some character tweaks. Weapons-specific features, such as corrosive shots and explosive rounds, are back and in full force, along with regenerating health/armor, and the ability to make a last stand. From the twenty to thirty minutes we were able to play, the gameplay felt very similar to the first game — which I consider a compliment. The commando, Axton, is essentially the same as the soldier class, offering a wide range of weapons and the ability to lay down turrets, while Siren play like…well the Siren with altered abilities.

Truthfully, the thing that stood out the most was the scenery. Remember how the first Borderlands you were placed on such a desolate world that didn’t breathe much life? Well, that’s completely different here as the demo took us to the elegant and beautiful setting of Pandora. From the look of the plant life and structure, it looked like a clean city area that is filled to the brim with hateful robots that want nothing better to do than shoot you full of holes.

Borderlands 2 may not be the most innovative game we played at E3, but it certainly was one of the most entertaining. It featured heavy combat, loads of customization and stunning visual upgrades. Even though the demo consisted of escorting a giant robot to do your bidding, the mission structure was hectic, allowing for the difficulty to ramp up quickly. It’s a timeless gem that only looks to improve on its predecessor. Get pumped as Borderlands 2 will take the world by storm this September! 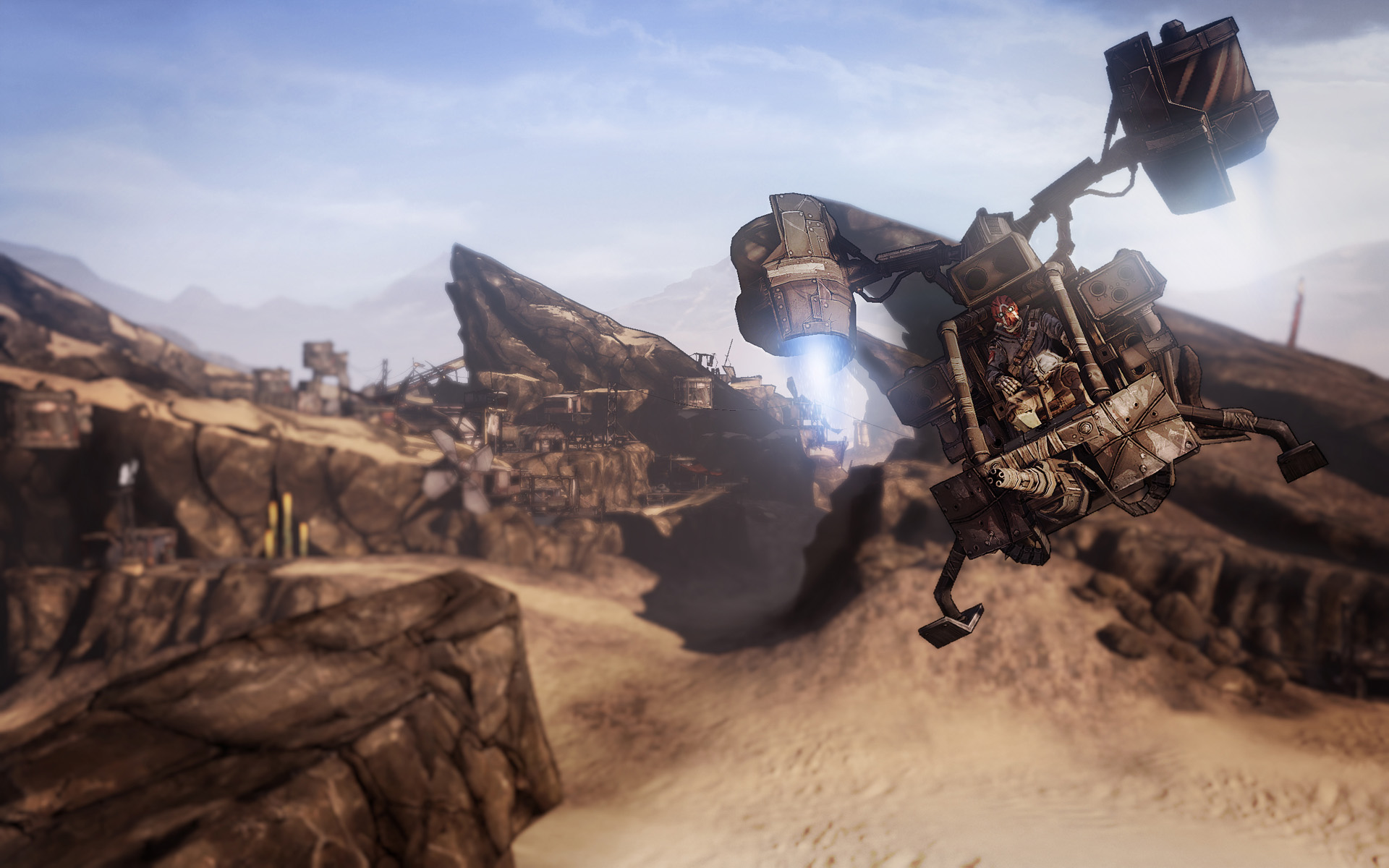