One day, all the humans disappeared from the world, leaving the animals free to wander, hunt, and survive in the abandoned remnants of civilization.  While it’s possible that the animals wondered where everyone went, after a generation or so they just treated the cities as another landscape with its own set of challenges.  Admitted, most of those challenges are of the “don’t get eaten by a tiger that escaped from the zoo” variety, but there’s also hunting or foraging for food, claiming new territory, and finding a mate to deal with as well.

The E3 build had two animals to choose from- a pomeranian and a deer.  While both are fairly helpless, with relatively low HP and little in the way of attack power, the primary difference is diet.  Dogs are carnivores, and the cute little pom has no problem taking down fuzzy little yellow chicks or, for something with (literally) more meat on its bones, a bunny.  The deer, on the other hand, has an easier time with food due to being an herbivore, and its higher speed served it well in getting away from attackers.  Both are pretty low on the food chain, but completing tasks levels up their stats, which can be passed down to future generations by mating.  Equipping clothes also gives stat increases, but these need to be found by the usual method of careful exploration.

Searching will also eventually turn up journals explaining where humanity got itself to, but survival and reproduction are the main focuses.  Time passes at the rate of, roughly, one year every five minutes, and while the early years through the prime of life are nice, age is going to drop the animal’s stats after a while.  Once dead, though, the story moves on to your offspring, who function as extra lives.  As fun as it is to run through life mating, marking territory, and putting a cute hat on a dog or rollerskates on an elephant, the basic nature of Tokyo Jungle is that life is brutal and frequently short, no matter how you dress it up. 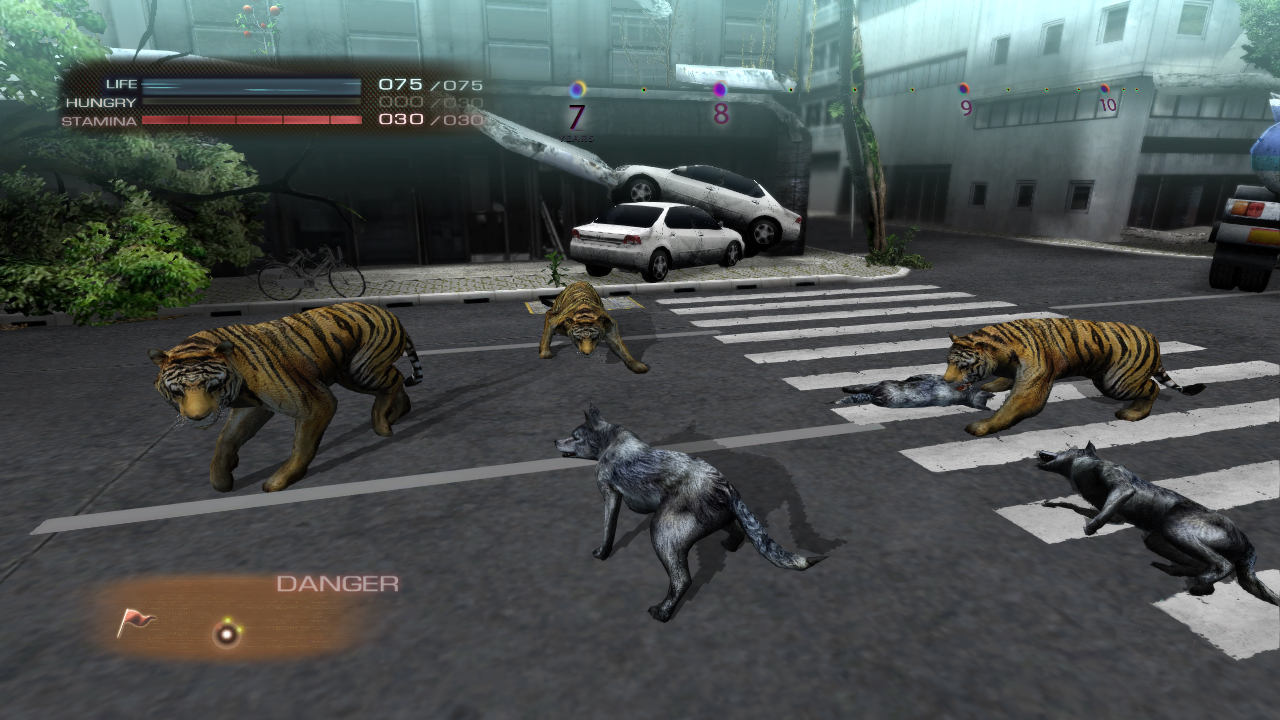