When Diablo III was released last year, it was met with mixed emotions. Longtime series loyalists lamented the final product after a twelve year long development cycle, newcomers failed to understand the mystique that the franchise had been known for prior to the third installment and those looking for a game with a host of options were left disappointed by the ultimate lack of features accessible upon launch. Then of course, there was the story, which truly epitomized the word, “meh”. But for all that Diablo III failed to get right, its core foundation and mechanics were solid. The combat and class balance was sound, the difficulty availabilities were compelling and the seamless, jump-in-and-out multiplayer made joining up with friends a breeze. Needless to say, Diablo III was initially a game made of equal parts potential and frustration.

Since the game’s launch, though, it’s come a long way. There have been numerous patches and fixes to issues both large and small, and some new features have been added in to fully round out the package. So now that the game is in a much more playable state, Blizzard has re-focused their efforts on bringing all that dungeon-delving, hack-and-slash goodness to consoles. With the next generation of systems on the horizon, the famed developer is gearing up to present the game to an audience the Diablo series hasn’t reached since the PSX days. Suffice to say, Blizzard is hoping to right many of the game’s original wrongs by launching it on home consoles with as little issues possible. 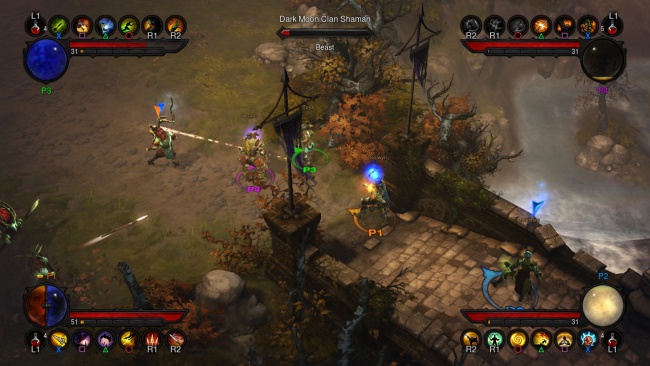 To be forthcoming right off the bat, Diablo III might actually feel better and be more complete on consoles. To say that these versions have done a few things differently than their PC counterpart, however, might be an understatement. For starters, all skills have now been mapped to the face and shoulder buttons. Secondly, the camera has been zoomed in a bit which allows players to feel more connected and in the thick of the action. And then there’s the overhauled interface that resembles the PC version’s only in the use of certain assets and overall tone. This may take some getting used to for veteran players, but navigating the menus and on-screen HUD will come easily with time.

Another significant difference here are the graphics. While it’s unclear how the PS4 iteration of the game will look in the end, aesthetics on current gen consoles will be comparable to a player running the title on medium specs through a PC. Fortunately, there didn’t appear to be any noticeable drops in framerate in our time checking out the title, which is paramount in a game that requires precision for so much of the core combat. 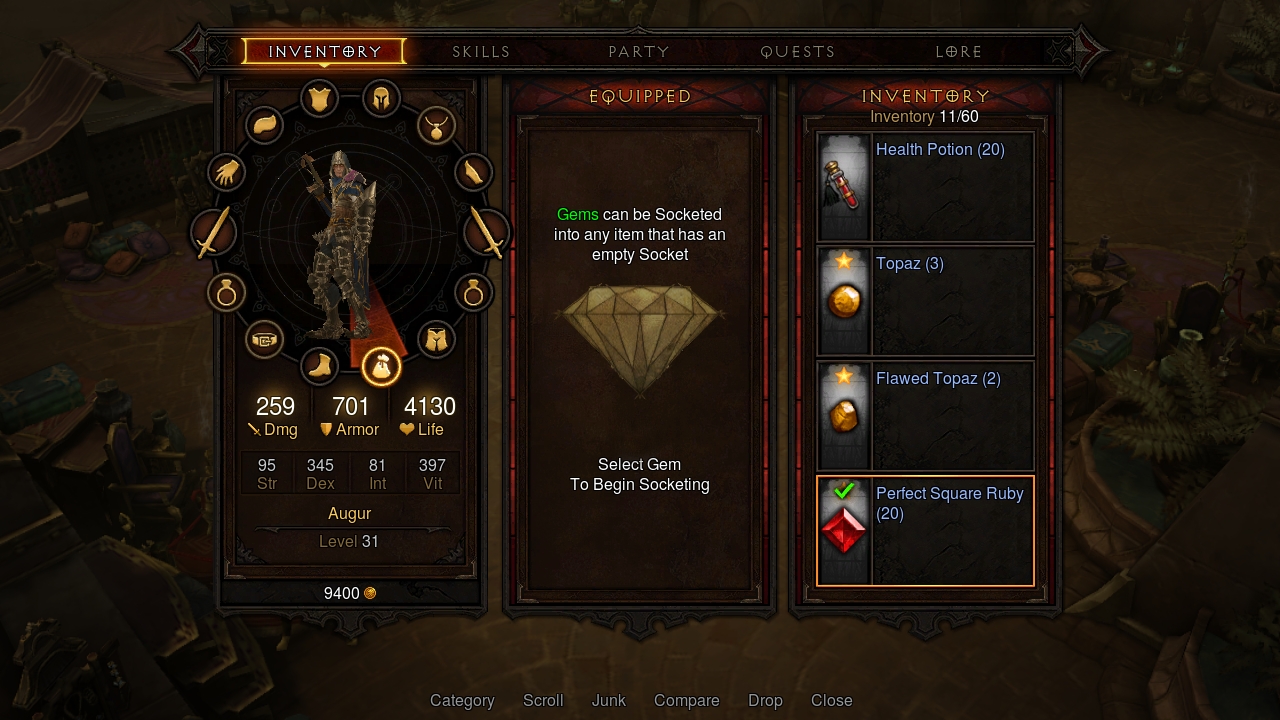 What most people will want to know, though, is does Diablo III play well from the confines of one’s couch with controller in-hand? The answer to that question is rather simple: yes. The new control scheme was laid out well enough to the point that getting around in the game and in menus was fairly effortless. There were some issues with accidentally picking up items as players mashed on the attack buttons (which just so happen to coincide with the buttons needing pressed to pick up loot), but other than some small qualms, the overall action went off without a hitch. And better yet, this is still Diablo despite the changes. Interestingly enough, games that are as action-oriented as these seem to make the most sense on consoles. In fact, we might argue that D3 feels more at home on a home system than it does a PC, if for nothing else than how natural the controller feels, and just how much it actually adds to the experience.

Diablo III is due out September 3 for Xbox 360, PlayStation 3, and then later this year for PlayStation 4. Those looking for a great co-op RPG with a heavy emphasis on hack-and-slash, may want to check it out, as it could be the game that scratches that very itch quite well.