E3 is a conference full of fun, stress, drinks that you probably shouldn’t consume and games with cups and/or heads, so it’s always nice to take a break from the usual hustle and bustle to check out something a bit different. In this case, we’re referring to a game staring demonic anthropomorphic killer teddy bears. Actually, scratch that: third-person demonic anthropomorphic killer teddy bears. We were able to sit down with Tiffany Chin of NISA and get our grubby little black and white paws all over the latest English build of Danganronpa Another Episode: Ultra Despair Girls.

The story of Danganronpa Another Episode takes place right in the middle of the first and second. So, it’s a sequel and prequel at the same time to help bridge the gap between games. You choose to play between two heroines; either Komaru Naegi or Toko Fukawa in this psycho-pop style entry of the series. The new genre was created to sort of lighten the mood. Though it’s grim, there is bright, pink blood and vivid colors throughout. This is to balance the dark storyline and the game itself. The characters have been expanded upon and given more personality from their previous appearances. Toko is shown as basically useless if using Genocide Jack and will cower and hide in the back during the action. Genocide Jack is given a more eccentric role in this story. 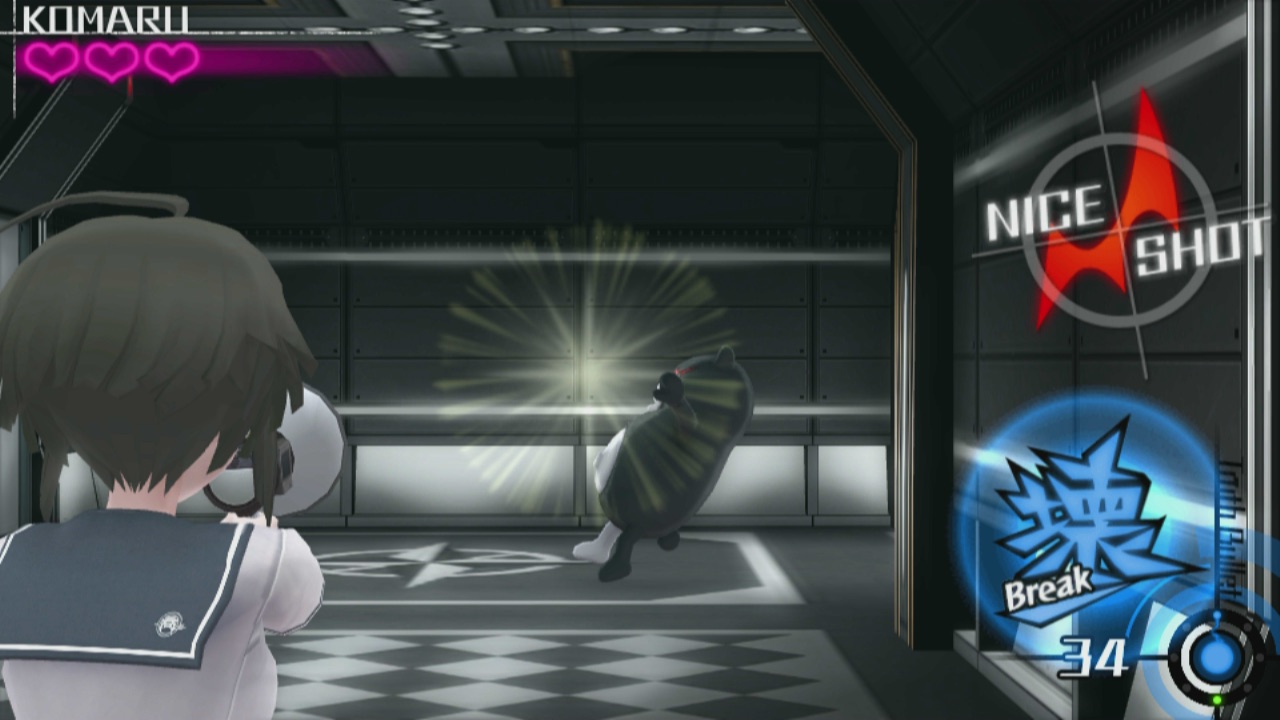 For those who haven’t played the first two Danganronpas there are no spoilers if this is first game you pick up. This game holds its own when compared to the overall series, but obviously has much more value when you play all three games. If you play it in order of Danganronpa, Danganronpa: Another Episode and Danganronpa 2 you’ll get much more value out of the story and the game. There are three different difficulty modes; Genocide Mode, Komaru Mode and Despair Mode. Genocide Mode allows you to use Genocide Jack for longer, in Komaru it’s a little bit less and Despair is even more limited. Toko’s Genocide Jack form is more of a hack and slash character with combo attacks and an ability called Blood Lust. 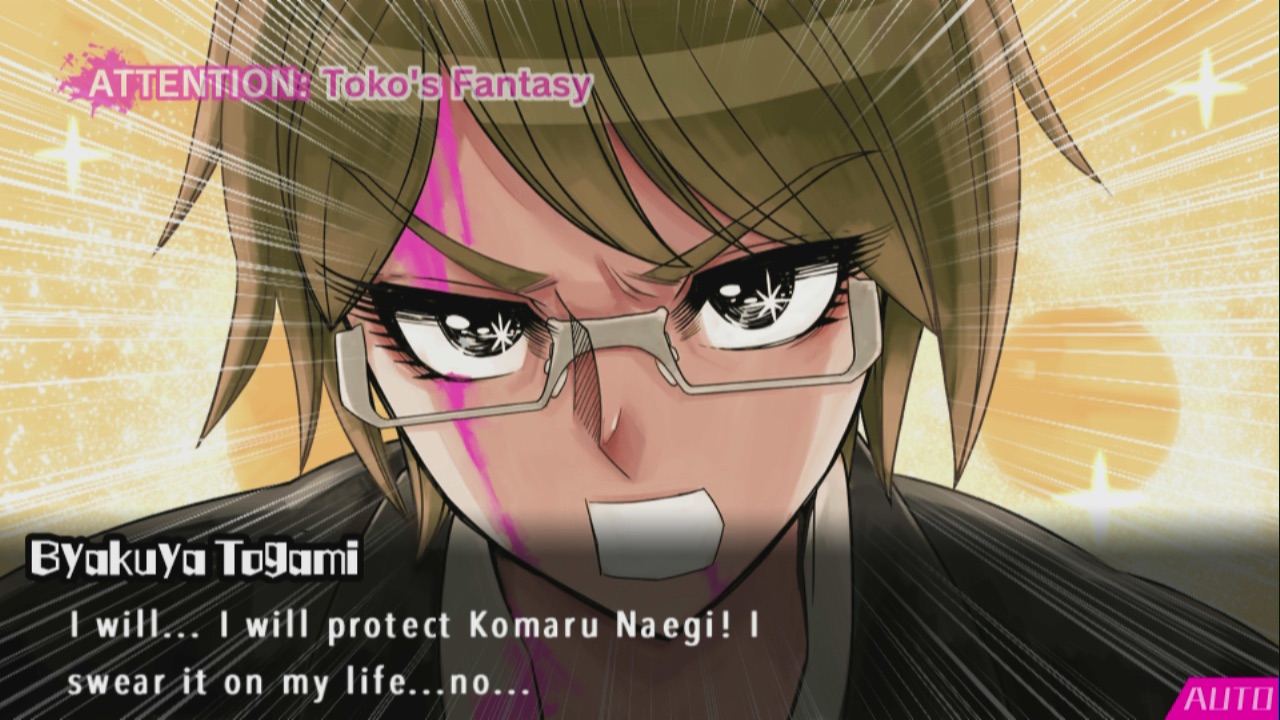 Unlike the previous games in the series, Danganronpa: Another Episode is a third person shooter adventure to attract more fans. There happens to be a bit of strategy involved when going on the offensive depending on your style of play. You could go gun-crazy and shoot everything or force an enemy to dance until it explodes which causes surrounding enemies to die as well. Danganronpa: Another Episode is actually the first shooting game developed by the team, and for popping that cherry, they’ve done an excellent job. Frame rate is smooth and there is actually a lot of variety when it comes to combat.

Despite it being a shooter game, there is still equal parts of the story since that’s what really drives the plot. The director for this wanted to keep this in mind especially for the fans of Danganronpa since it started as a visual novel. This game is incredible because it shows off various art styles with its anime aspect, 2D animation, 3D animation and more. 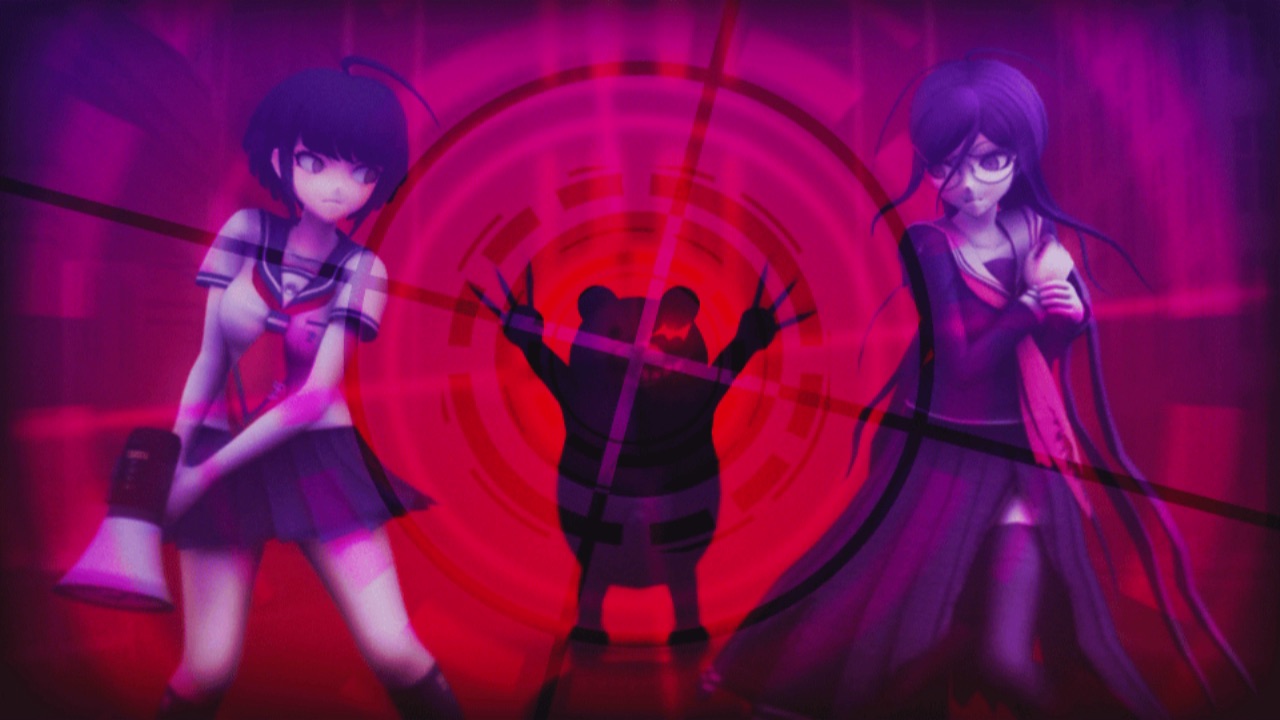 Danganronpa Another Episode: Ultra Despair Girls will release September 1 in North America and September 4 in Europe for the PS Vita. The main storyline looks to clock in at about 20 hours not including opportunities to go back through the levels and search for hidden treasures. Simply put, you’ll want Another Episode if you’re a dedicated Danganronpa fan.