There’s all sorts of video games out there which tell you their stories, but how many expect you, the player, to effectively uncover language rather than simply experience it? Tribal & Error by Grotman Games is a most unique point and click adventure game with a fantastic hook. Players take on the role of a tape recorder which has been transported to the earliest days of human history. Starting out in along with a group of “cavemen,” you have no idea how to communicate with them. After all, they don’t speak English!

That is exactly the point. As a tape recorder, you walk up to each cave inhabitant and they speak a word (or few) to you. Although those words and symbols alone make little sense to modern language speakers, the prehistoric denizens also emote what they’re saying. For example, the first fellow you encounter says a word and then shivers with his arms around his body. Might the word he keeps repeating be “cold?” Players then record that voice sample and keep it in a collection of learned words in an on-screen inventory. They may also write a note on each newly uncovered term. It’s a big help as you likely won’t remember what each guttural term means without taking notes on each. 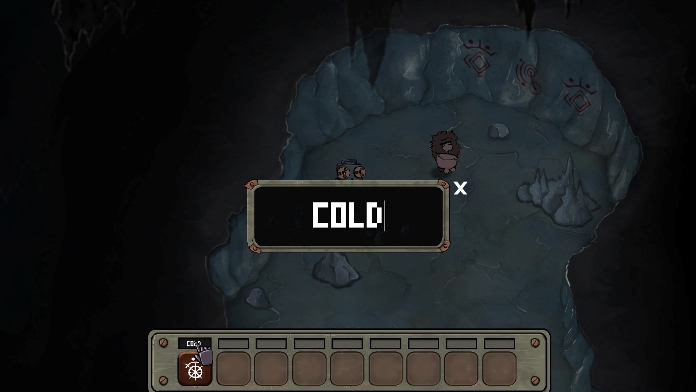 So far, the game progresses in this sort of fashion as described above. Players continue listening to each inhabitant, and filling up their inventory with new words. Once you think you’ve gotten the hang of what each word means then it’s time to help these characters out with their troubles. For example, those cold fellows sure would benefit from fire, right? Your goal is to use their language in a way that explains how they can solve problems — such as how to start a fire. We all know how to do that with ancient implements, right? Simply strike a rock against some twigs and eventually a fire will spark. But you’ve got to convert that knowledge into ancient caveperson speak!

It’s a little bit challenging, just like trying to learn any new language. You know what to say, but not exactly how to say it with proper syntax and such. In this case, it takes a little bit of finagling, but finally, they catch on and create fire. Of course, there are other issues they’re dealing with as well. For one, some are sad they have no family. In general, they’re all pretty darn hungry. Unfortunately, the demo ended once everyone emerged from the cave to hunt, but it was an enchanting little experience all the same. Although it’s impossible to say just yet, it also feels as though a story could easily be told, even without heavy (or any) narration. 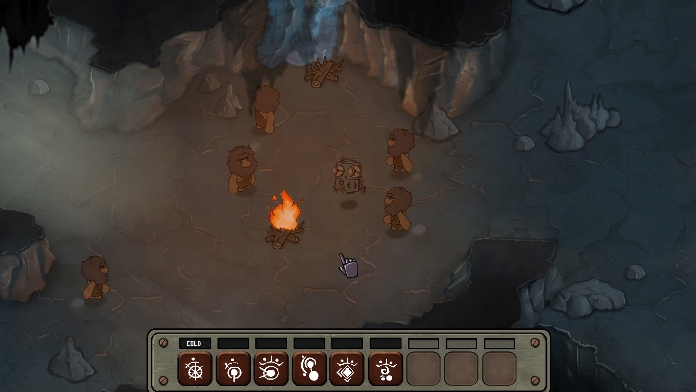 Graphically, Tribal & Error also shines. The art style is cute with 2D cavemen drawn in like cartoon characters. The caves themselves seem homely enough, even completely with wisdom passed down between generations via cave drawings on the walls. Characters emote with cute little animations. For example, when a cave person attempts to show you how to throw a rock, their tiny arms swing with surprising force. Just be careful not to tell them to do the wrong thing, or you might see sad (but still cute) animations of them potentially smacking a rock with their own fist! Of course, experimentation is key with this experience.

As far as adventure games are concerned, Tribal & Error is immediately unique. It’s just so cool to get the feeling of learning a language through show and tell. Sure, it’s a pretty simple language, but I can’t think of many games where this sort of strategy is the main aspect. Because you can write any sort of notes in, and that the cavefolk don’t speak English, this is even a game which could be played by anyone right now. There’s no need for localization! Luckily, I’m not the only one impatiently waiting to play the complete version. The game was already Greenlit on Steam, meaning it should not be long before we see Tribal & Error come to Steam.