Shadow Warrior is one of those games that seemed both destined for an eventual remake and barred from one. On one hand, the 1997 FPS featured awesome action and tons of ridiculous moments. Then there was the matter of the problematic protagonist which would definitely need careful reinvisioning to avoid racist sorts of moments. The 2013 release of Shadow Warrior did everything in exactly the right way. Wisecracking protagonist Lo Wang still kicked everyone’s ass, and did so without having to become the butt of childish jokes. Now Flying Wild Hog is back with Shadow Warrior 2, which amps up everything the original brought to the table while making it much better. 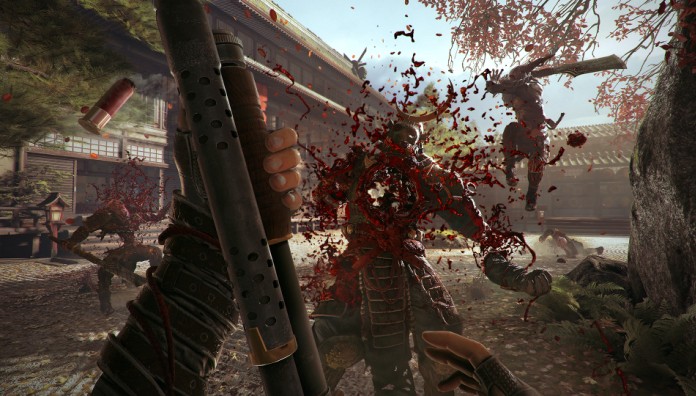 For example, one of the biggest nit-picky (but fair) criticisms about Shadow Warrior was how it featured gorgeous, but incredibly enclosed environments. The team listened to this criticism and have expanded the world tremendously. They won’t call it an “open world,” but there are definitely larger segments akin to an arena shooter. You’ll also find that there are many ways to make it to one location. For example, you could fight a hulking midboss creature blocking the exit to a pathway. Or, instead of taking on a challenging fight you could simply jump from rooftop to rooftop nearby to get to the same location, completely bypassing the beast. After all, you’re a ninja!

That’s not where Flying Wild Hog stopped. They actually have made it so the world is partially procedurally generated. Basically, each stage is comprised of a big grid and different land “modules” are placed throughout the grid to create a distinct level. Some aspects will always remain in the same spot per playthrough of the level, but their design may change somewhat. For example, a fancy bridge in one playthrough may become completely weathered in another. Time of day and weather also get switched up on the fly. Why didn’t they go the completely procedural route? Well, simply, Shadow Warrior 2 is not just a simple 2D title. They needed to exercise some degree of control over how each world turns out so it doesn’t generate any broken, impassible landscapes. 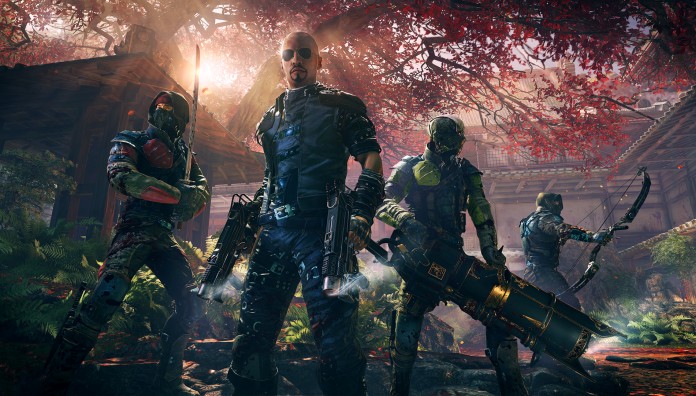 Here’s another exciting aspect of Shadow Warrior 2: You can engage in up to 4 player co-op. Players can hop in whenever they want meaning that four Wangs can work together to overtake any challenge they come across. Gameplay beyond the highly revitalized world and parkour aspects has also been spruced up with additional abilities. Of course, one thing still remains exactly the same — each kill is bloody as heck. Enemies practically explode into bloody chunks of meat at every turn. Everything is even more gorgeous than before, even when what you’re looking at the disgusting viscera splashing across the screen. Placement of enemies has also been tweaked to allow for more exploratory battles, rather than feeling that you’re simply fighting one wave after another.

So far it appears that Shadow Warrior 2 is doing everything it needs to do in order to become the sequel that fans will adore. That’s huge, as without smart changes such as these, there would be little reason for players to reinvest in a sequel. As long as they can ensure procedural level elements work as intended they should be in the clear. After all, if that in any way fails to perform then it’ll result in some very angry players. Shadow Warrior 2 will be coming to PC, PS4 and Xbox One sometime in 2016.