In 2012, developer Stoic Games launched a Kickstarter for The Banner Saga. By the end, they had raised 700% of their goal! Something about this turn-based strategy game had gained massive interest. That interest did not wane in the least as it trucked toward release. There was a bit of confusion with The Banner Saga: Factions and The Banner Saga proper, but eventually everyone played it in 2014 and the majority found it an epic, gorgeous and depressing RPG. This also happens to be a three part series, which is why the first game ended on a bit of a cliffhanger. The Banner Saga 2 picks up a few weeks after the initial title concludes and proceeds from there. 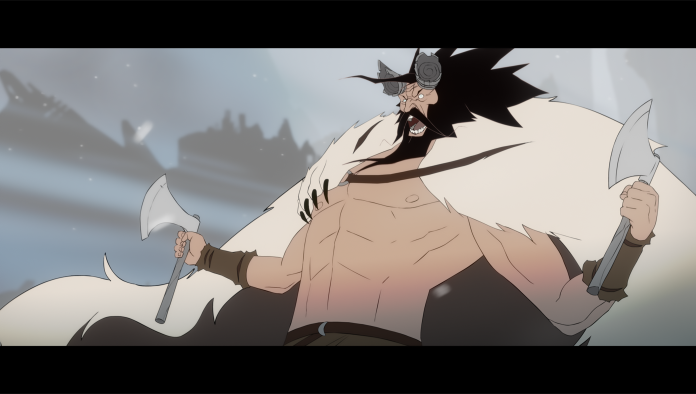 You don’t actually have to play the original game before this one, of course, but it would probably make more sense to have done so. If you have a spare 10-15 hours to spare I’d recommend just playing through it before jumping in. The Banner Saga save will transfer right over, along with all your character stats. If someone died on your watch then they’ll remain dead in The Banner Saga 2. With that being the case, perhaps some players would rather hide their saves… but let’s continue discussing what’s new about this game.

One of the main complaints against The Banner Saga was that battles became a bit dull after a while once you got used to the mechanics of them. The developers have paid attention to such criticism and amended the sequel accordingly. Now players will find that new enemy units (as well as on your own side) which switch up the flow of battle. A new class in particular is actually able to go invisible. If you recall from the first game there was never any fog of war, so there was really no way of enemies being “invisible” beforehand. Now though they can actually cause serious damage by ganging up on a character while they’re untouchable. 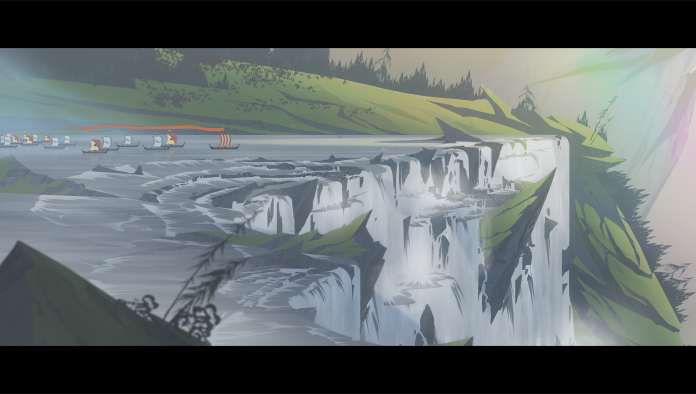 There’s some aspects which remain the same. The most obvious is the visuals. Yes, that outrageously good looking art and animation is back in full force here. Everything still looks stupendous, at the quality of an animated film in my opinion. Of course, this is a very sad tale of humanity rather than something akin to a Disney flick. It’s just great to see that the team was able to keep up this high level of visual artistry after pushing it to the max in the previous release.

The Banner Saga 2 is still all about tough decisions both on and off the battlefield. Choices just within the demo lead to events such as a character dying. If you thought that Telltale’s The Walking Dead was difficult to handle then you’ll be surprised by the emotional turmoil that this game is set to cause. And this is only the midpoint in the series, so who knows how rough things will get by its conclusion. The Banner Saga 2 will be available on PC, PS4, and Xbox One sometime later this year.