2Dark is one of those games which has been in development for a few years now without much awareness until recently. It’s a surprise that more folks don’t know about it given the fact that the creative lead, Frédérick Raynal, was the man behind the original Alone in the Dark! While rather rough now, it stood as a progenitor of the horror genre and we see signs that many developers are now creeping back to its original formula. 2Dark still is a horror-based experience, but one which is quite different from other genre titles out there.

Players assume the role of a former detective named Mr. Smith. Lately, things have been quite troublesome in the unfortunately-named town of Gloomywood. Children are being kidnapped left and right, and he decides to find and save them all. Unfortunately, this isn’t going to be easy as it seems that all manner of psychopaths and serial killers are behind the string of kidnappings. It is Smith’s aim to infiltrate their disturbing hideouts, find all the children, and extract them safely from the clutches of almost certain doom without getting killed himself. 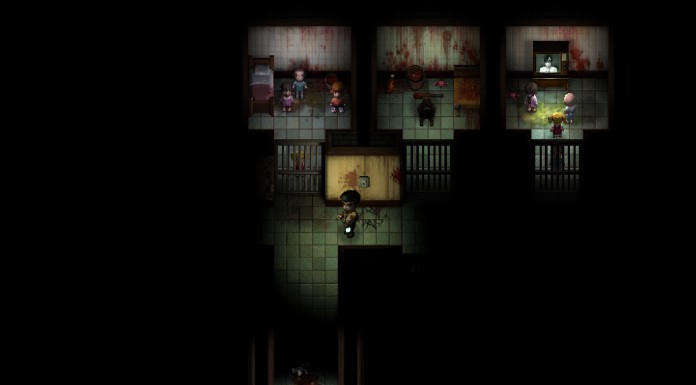 Gameplay in 2Dark is primarily stealth based, with a bit of strategy thrown in for good measure. The game itself takes place from a top-down perspective although you won’t be able to see a ton at any time. After all, landscapes such as abandoned buildings and creepy carnivals are quite dark. Characters are comprised of voxels for some reason which are rendered in real time into 2D sprites. Although an unnecessary visual design choice, it adds a pretty cool flourish to the creepy, and often gory, graphics. Smith wields a flashlight (with depleting battery life) to help shine light on the surroundings. However, wandering NPCs can and will notice if a flashlight suddenly shines nearby and will go after it accordingly.

Not every NPC is a psychotic murder, of course. Some folks out there may be willing to help you out or at least share some insight as to where to find missing children. The thing is you’ll never be able to tell just by looking at them. Some of the creepiest dudes might be completely normal while a nice old woman might turn out to be a vicious murderer. On the other hand, a creepy as hell clown may turn out to actually be a creepy killer clown. Stealth is paramount to making it through areas and eventually uncovering kidnapped children. There are multiple per level and your goal is to get each and every one of them out safely. The problem with doing so is you’ve got limited resources and health. 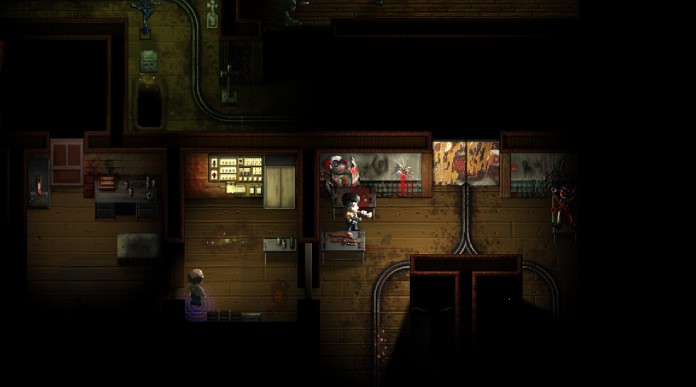 Sure, you may want to safely escort every kid out, but if Smith is just about out of batteries and has a huge gash in his head then that’s not likely to go well. It’s better to simply get a few out and try again later. Children exert their own influence on the gameplay as well. 2Dark tries to make the child NPCs realistic for better and (mostly) worse. For example, they may get bored if you tell them to stay still and quiet. In other instances they may wander off or even activate a trap out of their curiosity. Players must in effect babysit the children to keep them in line and safe while also actively keeping an eye out for deranged people. It’s a tough challenge, and one that looks to add extra dramatic flair to gameplay.

One thing which 2Dark inherited from classic horror games is its challenging difficulty. The kids’ misbehavior is just a small part of it. You see, most enemies and traps will kill you in a single hit. Not only that, but there are no auto saves to be found here. Instead the player must save by stopping and letting Smith have a smoke break. While smoking, he is immobile and open to danger. Also, the more he smokes, the more he coughs — leading to a sound clue which may lure in killers. 2Dark’s shaping up to be quite the hardcore return to survival horror and that is tremendously exciting.