Quantic Dream is perhaps the one developer out there which always manages to excite and then eventually disappoint me. Despite incredibly fresh gameplay and narrative concepts, something about their games just fails to reach their high self-selected goals in the end. We all saw a first real glimpse at Detroit: Become Human gameplay during the Sony press conference this year, and it looked darn slick. Later, Sony showed off this same desperate rooftop sequence to members of the press by actually playing through it in two different ways.

We got to see the whole section unfold, from android Connor arriving on the scene, to the brief discussions he had with police already scouring the apartment, to eventual rooftop standoff. A first playthrough featured basically no searching whatsoever, leading to a predictably bad end for the rogue android and its human captive. During the second attempt, the player spent much more time searching throughout the location to gather clues. As each key clue was discovered, a meter increased to show that the chance of a successful negotation had increased by X percentage points. 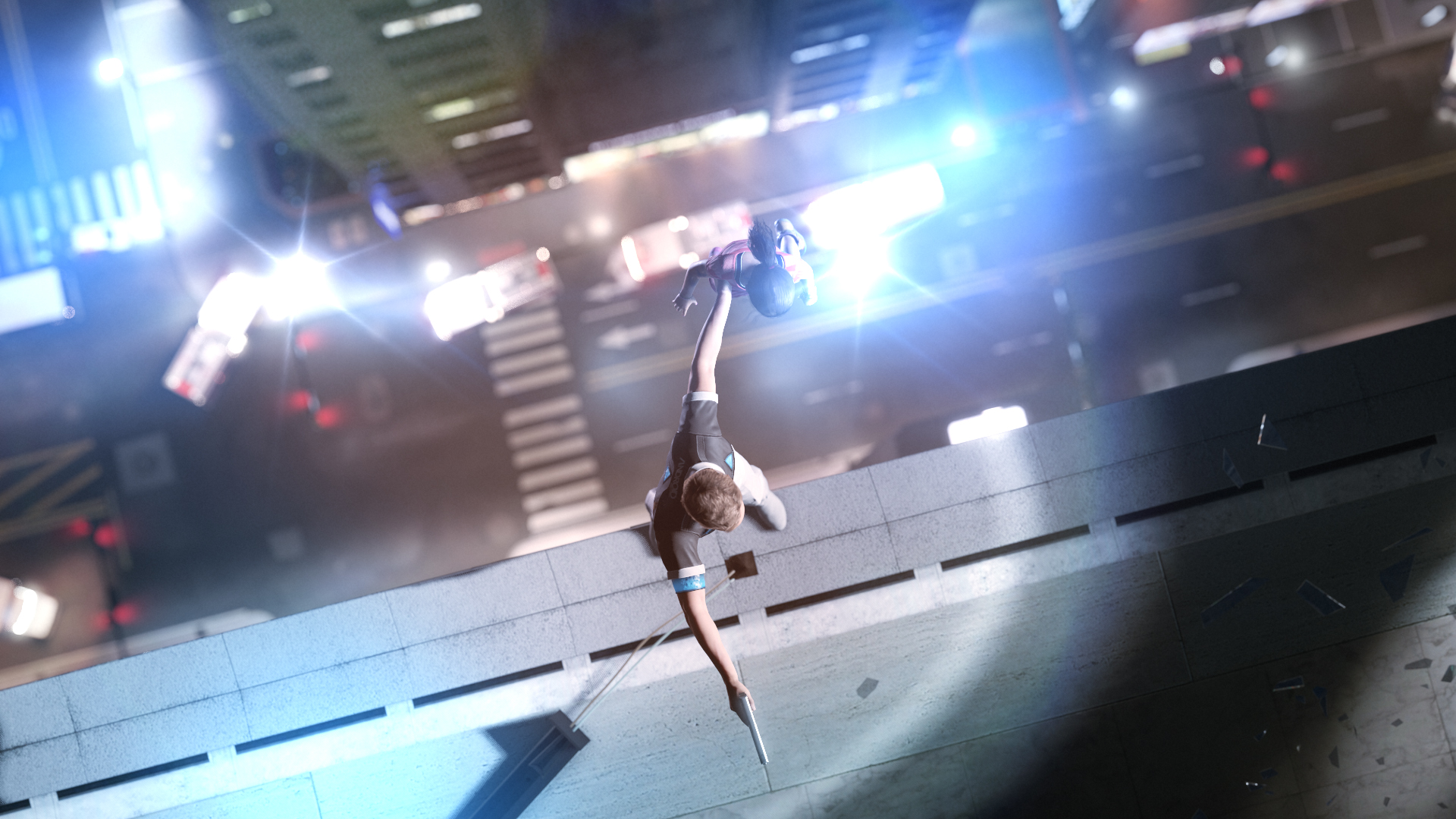 The whole exploration sequence was pretty awesome. Thanks to Connor’s android nature, sifting through clues reveals tons of information via an on-screen overlay. Apparently Connor is so well-equipped that he can even reconstruct sequences of what happened on the fly off just a single clue or two. It appears that Detroit: Become Human will be the most gameplay-heavy of all recent Quantic Dream titles simply due to copious investigative aspects. The weird thing here is that David Cage suggested exploration is something players may choose to do or not do.

But is that really the case at all? When the first rescue attempt ended in total failure, a simple “mission failure” text appeared on the scene as Connor stoically walked away. The thing that’s unknown here is if it is possible to even keep playing after a failure or if it requires a restart. Here’s hoping a replay isn’t required as that would then hold true to the developer’s aims of having a game which accounts for all potential outcomes. The thing is, it’s really doubtful a player actually wants to opt for bad endings on everything the first time through. That seems mostly like an intriguing option after playing through in a “good” way first, or for YouTube folks looking to draw attention to all the failure states early on. 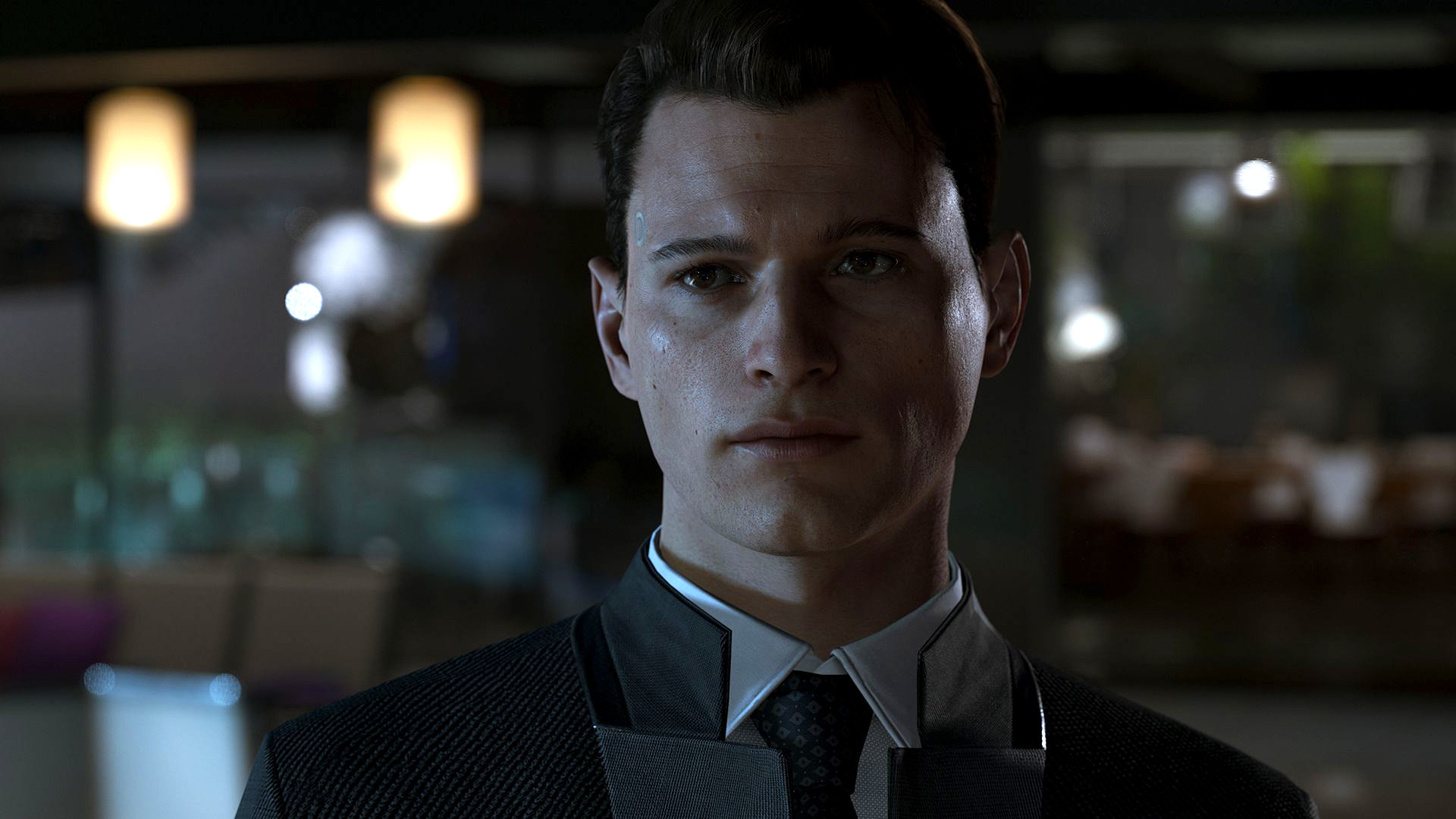 Then there’s the matter of how gamified these supposed organic changes are. Why is it that we’re given a percentage to show our chances of success anyway? And, is it even actually meaningful? Through the right or wrong dialogue choices and actions, the percentage wavers furiously. It also seems truly unrealistic that simply discovering the android’s name (for example) can result in such a calculated, massive increase. Perhaps it has to do with the fact that we’re playing as an android – but it also might lessen the stress of actually playing through these carefully choreographed “dramatic” sequences. Seeing that you’ve gathered all key clues and have a super high percentage lessens fears that negotiation will ultimately fail.

Finally, my hope is that this sequence is just for demo purposes and is not a part of the final product. I say this because as is it showcases another piece of highly melodramatic fluff from Quantic Dream. How can you really begin to feel for this android or the little girl when we’re placed in this situation for mere minutes with only a smidgen of ham-fisted context? Not only that, but the simplicity of gaming the system in your favor makes the whole thing a lot less worrisome. Finally, when Connor does fail he acts perfectly as a “heartless” android who just leaves the scene. As a human watching that, it honestly made me more upset to see Connor’s apparent non-reaction than the child and android actually tumbling from the rooftop. There’s no doubt that Detroit: Become Human is a gorgeous title with a tremendous amount of promise, but I fear that Quantic Dream is walking the line between masterpiece and fumbling this fantastic concept.