Player created content is all the kids are talking about these days. The kids just won’t shut up about their Minecraft, consarn it. That’s fine. Really. Different companies have been latching onto the “toy box” trend to put out some rather interesting experiences. Take Gaijin Entertainment and Targem Games, for example. They have been putting quite a bit of work into Crossout and the end results look to pay off.

The easiest way to describe Crossout is a free to play game that takes the simplified, but complex, vehicle creation from Banjo & Kazooie: Nuts & Bolts that then charges the players with taking their monstrosities into the field of battle. Gaijin has made great effort to keep things balanced. The player has an “energy limit” that dictates just how much can be slapped onto the vehicle before being overloaded. So, while armor might have a lower drain, that heavy cannon might eat up the remaining stores, leaving the player with a singular offensive option. 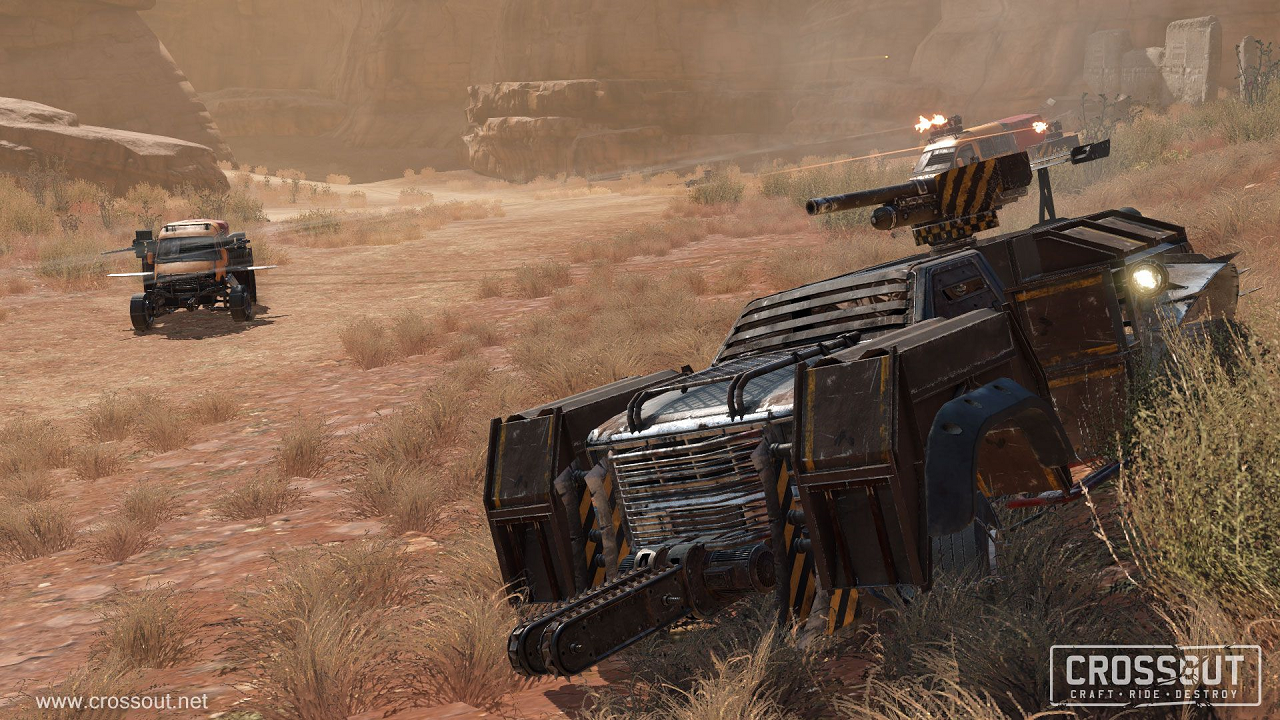 The way these vehicles fit together is important. As the player takes damage, the pieces will fly off. Tires can be flattened and armor picked off. That doesn’t mean the end, though. The heart of the vehicle is the cab. As long as the cab hasn’t been destroyed, the player is still alive. This means that a particularly cruel player can target and remove tires, treads, weapons, and armor from the opponent, leaving a husk that cannot do anything but wait for a merciful death. This almost encourages griefing, but in a way that works with in the actual design of the game and can be counteracted with some vehicle tweaks.

Still, not everyone will feel inclined to make their own rolling platform of death. They won’t be left out, as it is possible to use the blueprints other players have uploaded. Some are awesome but useless, such as a giant hand throwing the horns that is attached to a pair of tank treads. (It can’t even get out of the garage.) Their are also examples that dominate, like the “scorpion” build. These have a long range weapon in the rear, and a grouping of buzzsaws in the front that traps the opponent for heavy close range damage. 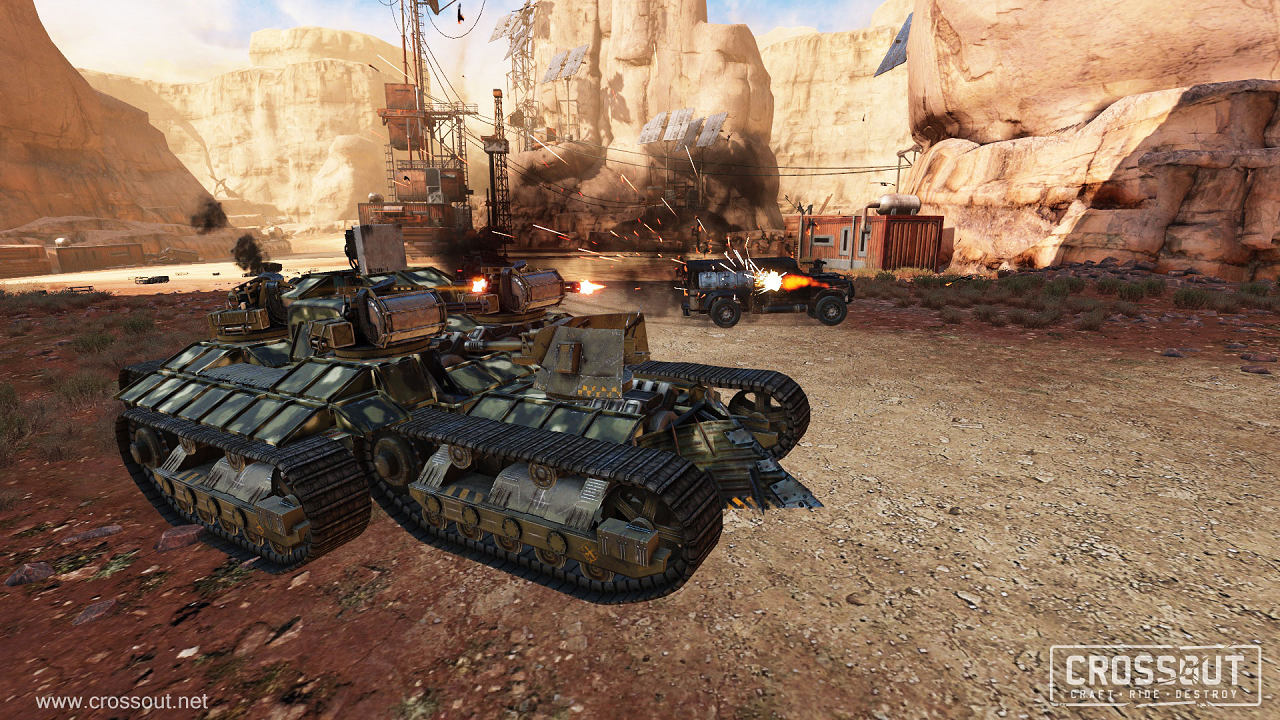 Apparently, there seems to be an ever evolving in game climate. Somebody comes up with a design that dominates the field. People work to improve and tweak that design, until another industrious player works out the perfect way to counteract the current popular builds. Even in the closed beta, the creativity is pushing the game in directions the developers never imagined.

This is what makes Crossout so exciting. It behaves like a Twisted Metal game with an infinite variety of vehicle to maul or perfect. Time will be on this game’s side as players continually push the game forward in new and exciting directions.